As an emerging technology for farmers, drone terminology may cause confusion. However, the practical use of drones and sensors is fairly straightforward. The two acronyms for drones are unmanned aerial vehicles (UAV) and unmanned aerial systems (UAS). term UAV means a drone, while UAS includes drones and their associated tools (e.g. flight software or cameras). Both the UAV and UAS terms are typically used in technical and regulatory documents.

Most drones fall under the categories of rotary or fixed wing. A rotary style drone (Figure 1) would be similar to a helicopter, while a fixed wing drone looks exactly like an airplane (Figure 2). A third type of drone is a hybrid, which has both rotary and fixed wings.

A rotary drone is often identified by the number of rotors (propellers). An example would be the quadcopter (Figure 1a), which has four rotors.

A rotary drone is an excellent scouting tool for field crop operations. A quadcopter can takeoff land vertically, so field lanes and parking spots become launching zones (Figure 1b). Rotary drones are easy to maneuver across the field and can hover over problem areas.

Battery life is an issue with rotary drones, since power is drained more quickly due to the powering of multiple propellers. Flight times for many quadcopters range from 10-20 minutes, and can be less when flown during high wind speeds. As such, rotary drones are useful for smaller fields and scouting operations. 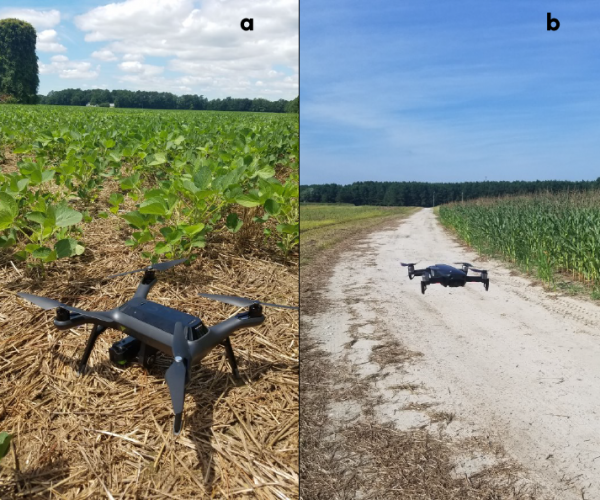 Figure 1: a) rotary quadcopter; b) rotary drone hovering over a farm lane.

However, fixed wings will require space to land, similar to an airport runway (Figure 2). They may be designed to land by skidding across the ground. 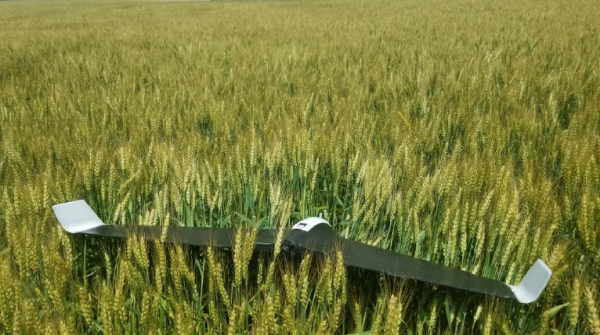 Figure 2: A fixed wing drone after landing into a wheat field. Other surfaces aren’t so kind.

Many popular consumer drones come with their own cameras, which are good for photography or scouting (Figure 3a). Drones advertised for measuring field crop health may be fitted with specialized cameras, often at a much higher cost than consumer drones. For agriculture, the necessary camera will be dependent on the end user.

Cheaper consumer drones may come with a visual camera, sometimes called RGB (red-green-blue) camera. Like the human eye, these cameras will capture the visual spectrum, and therefore, work well for field scouting.

Plants reflect a larger range of wavelengths than our eyes can detect, including light in the near infrared region (NIR). One option to capture both visual and NIR bands is to make two flights with different cameras. Another option is to use a camera with multiple lenses.

Multispectral cameras have more than one lens, each with a different filter (Figure 3b). These filters allow the lens to focus on selected wavelengths, including the NIR and visual spectrum. Images from multispectral cameras can be used to calculate vegetation indexes (see below), which are correlated to biomass or plant health.

Figure 3: Drone mounted visual camera (a) and a multispectral camera with five lenses (b).

Longer infrared wavelengths can be used to measure thermal radiation, or temperature. Plants that are either dead or under stress should be warmer from less evapotranspiration, which can be detected by thermal cameras. In Delaware, this could be useful in irrigated fields.

Light detection and ranging (LiDAR) uses lasers to detect the distance of objects. These sensors are very accurate at mapping landscape elevations. They are also fairly expensive to deploy on drones. Elevation can also be measured with drones using overlapping images (also called photogrammetry), which could be done with a regular camera at lower cost, but with reduced accuracy when compared to LiDAR.

Some drones may need additional parts, including remote controls, tablets, and software to properly fly the drone. It is wise to check the accompanying accessories before a purchase is made.

Cameras may also need additional parts, including a global positioning system (GPS) to tag photos and a light sensor to correct for varying weather conditions. These are only necessary for higher end users.

Within the agricultural drone market, there are many claims that drones can be used to measure crop health. In many cases, these companies are using multispectral data that observe how plants reflect different wavelengths of light. Many vegetation indexes that compare reflection were originally based off satellite photography and are well established. One of the most well known is the normalized difference vegetation index (NDVI). This index uses the NIR and red bands to determine plant biomass (Figure 4). However, the biomass being characterized by these methods may include weeds. If disease or insect damage is enough to reduce biomass, NDVI cannot necessarily inform a scout as to its actual presence, just that there is an issue. If potential issues are spotted using drone technology, we recommend that the field still be walked to determine the underlying cause of the issue. A trained agronomist can identify field issues from visual photos without the need for multispectral cameras (Figure 4). 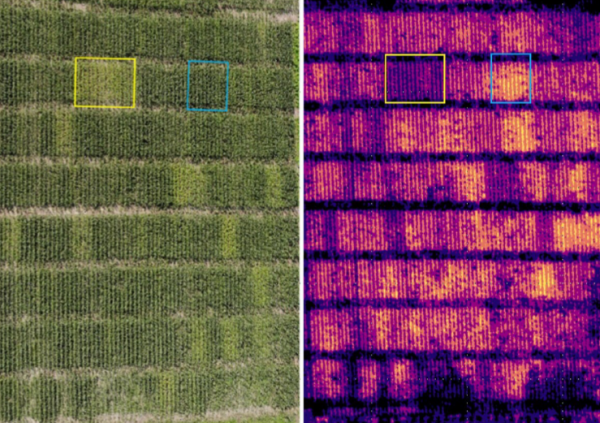 Figure 4: A visual (a) and NDVI (b) photo of nitrogen trials. Although NDVI can reveal differences, a visual photo works well for scouting.

Flying a drone above a field can reveal spatial patterns that could possibly be related to soils and disease (Figure 5). However, when trying to identify potential issues like disease or weeds, drones should be flown at lower heights. Using an inexpensive rotary drone works well in both of these situations. The cost of the drone should be weighed against the quality of photos that you would like to obtain.

Scouting Larger Fields as One Image

If one image is desired for a large field, multiple photos will need to be taken and then stitched together. Stitching photos together will require other tools, including a GPS to tag, or georeference, each photo. Drones also need to be flown in a pattern that allows each photo to overlap by 70-80%, which increases the number of images needed and the space to store them. Generating a single photos for a 60-90 acre field may require 300 individual photos to be stitched together properly. The total number of individual photos required will depend on the flying height. Stitching the photos also requires specialized software that can be purchased for a desktop computer or used online for a fee. If a multispectral camera was used, this software may also be able to produce NDVI maps that can be overlaid and compared with planting, yield, and soil maps. This type of work may be performed more efficiently with a fixed wing drone. 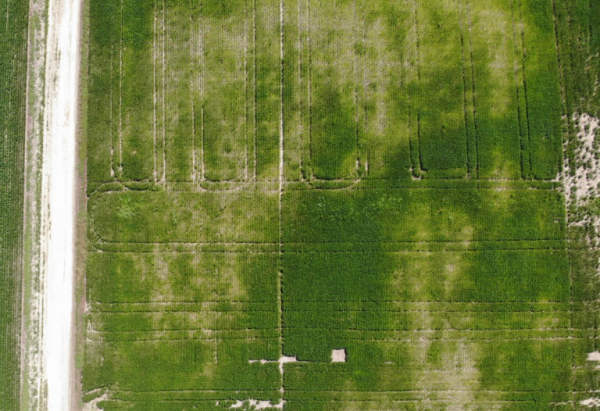 Figure 5: A visual camera can reveal differences in plant growth not easily spotted from the ground.

The Best Use for Scouting Field Crops

Following a crop the entire season is one of the best uses of a drone in agriculture. Seasonable variables such as flooding, drought, or deer damage can be caught early enough to explain low yielding regions. While yield maps show the end of season results, drone images can give perspective the entire season. Following a crop through the season allows a grower to pinpoint the issue reducing yield, including issues with management, pesst, or weather. This type of work can be done with a lower cost quadcopter, a personal cell-phone, and several backup batteries.

Some farmers and agricultural consultants may fall under rules that regulate commercial drone flights. All commercial drone flights require a remote pilot certificate, which can be achieved by taking an exam. Making decisions about fertility or spraying due to a drone would be considered commercial use.  In contrast, flights over the farm are fine, unless the information is used to make business decisions.

Any remote pilot can then fly a drone during the day, up to and altitude of 400 feet in approved airspace. It is the pilot’s responsibility to avoid all aircraft, even if the airspace is not controlled. For more information on current regulations and becoming a remote pilot, see the Federal Aviation Administration webpage (www.faa.gov/uas), or a local county extension office.

Cooperative Extension Education in Agriculture and Home Economics, University of Delaware, Delaware State University and the United States Department of Agriculture cooperating. Distributed in furtherance of Acts of Congress of May 8 and June 30, 1914. It is the policy of the Delaware Cooperative Extension System that no person shall be subjected to discrimination on the grounds of race, color, sex, disability, age, or national origin.

Disclaimer: Reference to commercial products or trade names does not imply endorsement by University of Delaware Cooperative Extension or bias against those not mentioned.