Pre-vet alumnus Dr. Courtney Campbell is a surgical associate at a specialty veterinary clinic and makes regular media appearances to promote pet health, including appearances on Live with Kelly and the National Geographic show Pet Talk.

Campbell, who grew up in Connecticut, was drawn to Newark because of the hands-on experiential learning opportunities at UD’s Webb Farm.

“In combination with scholarships and grants, that farm was what sold me on the University of Delaware,” said Campbell, who went on to become the first in his family to go to medical school. “I worked at small veterinary practices before college and felt pretty comfortable in the dog and cat realm. But, at Webb Farm, working with large animals was brand new to me. You have to be humble out there or you’ll be humbled quickly.”

Visit UDaily to read more about Dr. Campbell's experiences at UD and beyond.

This award, named for Dean George M. Worrilow, recognizes an alumnus dedicated to service and education in agriculture.

This award recognizes alumni who demonstrate outstanding career accomplishment, service and leadership to their profession.

This award recognizes the personal and professional accomplishments of a graduate of less than 20 years. 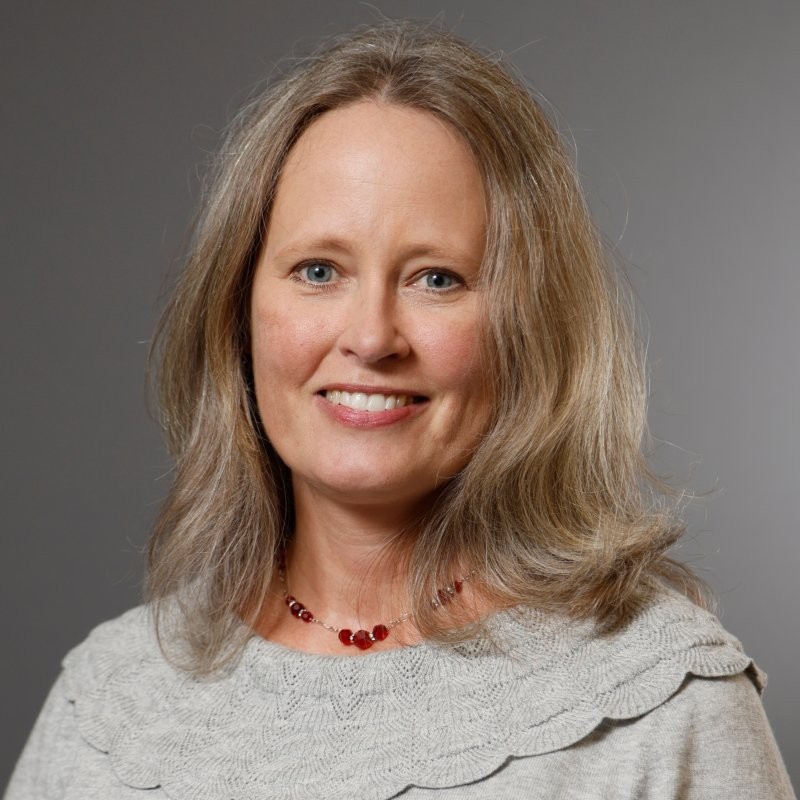 Lee Richardson has had a lifelong dream to live and work on his family’s farm and to promote and preserve agriculture as a way of life on the Eastern Shore. With this goal in mind, upon graduating from high school, Lee attended the University of Delaware and pursued his B.S. in Agriculture, which he received in 1992. Immediately following graduation, Lee returned home to Richardson Farms, where he serves as vice president and happily continues to work with his family today.

Richardson Farms grows corn and soybeans, and uses increasingly advanced technology to assure that the farm continues to prosper while maintaining high environmental standards. In addition to their grain operation, Lee grows chickens for Perdue Farms and, during the summer months, also grows sweet corn to sell at their farm stand.

Having a passion for agriculture has led Lee to serve and take leadership roles in various capacities throughout his career. Some notable memberships he has held are president of the University of Delaware Ag Alumni Board, president of Wicomico Farm Bureau (where he continues to serve on the Board of Directors and the Executive Committee), member of the Board of Directors for the Maryland State Farm Bureau, treasurer of the Wicomico Soil Conservation Board, various executive positions for the Wicomico County Young Farmers and Ranchers, Nominating Committee for MidAtlantic Farm Credit, and, perhaps most notably, Chairman of Save Farm Families.org where he worked to protect the rights of young family farms and the poultry industry.

Lee lives in Wicomico County with his wife Tracy.

Patrick Carroll has been the executive director of the Delaware Humane Association (DHA) for more than 10 years.  He led the organization’s capital campaign to build a new, state-of-the-art, $4.8M animal care center (opened in December 2014) and in 2017, oversaw the expansion of DHA’s opening of a storefront adoption center in Rehoboth Beach. DHA’s budget has grown to $2.2M annually with 45 employees and 350 volunteers.  He is also very proud of his work to develop DHA’s One Health program, a monthly free veterinary clinic that serves clients of the Henrietta Johnson Medical Center in the Southbridge neighborhood in Wilmington.  The program engages a number of partners, including UD’s pre-veterinary medicine students in the College of Agriculture and Natural Resources.

Patrick joined the DHA staff in January 2006 as the agency’s first full-time Development Director. In this role, he was responsible for all aspects of fund raising, including major gifts, grants, sponsorships, marketing, and special events. Before that, Patrick was the Executive Director of Public Allies Delaware for six years.  Public Allies is an AmeriCorps program with the mission of advancing diverse young leaders to strengthen communities, nonprofits, and civic participation. Patrick led the program’s affiliation with UD’s Center for Community Research and Service, and after that time, Delaware’s program stood as the example for the other sites to follow. Now Public Allies sites in all cities have a local operating partner.

He has a bachelor’s degree in Animal Science from the University of Delaware and a master’s degree in extension education from The Pennsylvania State University. Patrick completed the University of Delaware’s nonprofit management certificate program, as well as an advanced certificate program in corporate/nonprofit partnerships.  He was president of the Board of Directors of the Association of Fundraising Professionals (AFP) Brandywine Chapter from 2006 to 2008. Patrick was honored by the Chapter with the Rising Star in Fundraising Award in 2004. He is currently an active member of The AAWA (The Association for Animal Welfare Advancement). 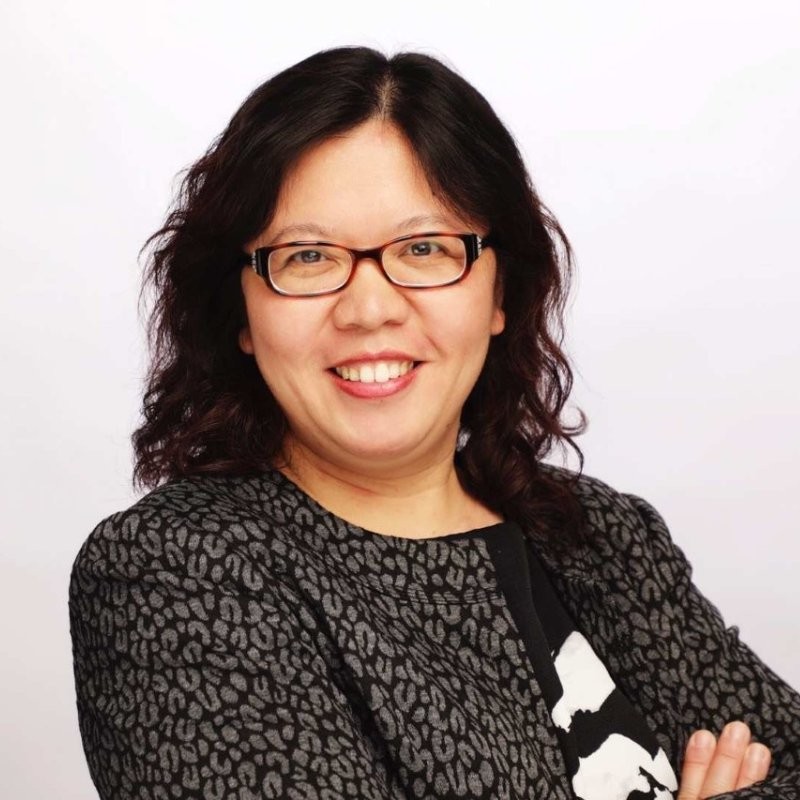 Stephen Cook is a 1996 graduate of the University’s College of Agriculture and Natural Resources with a major of Ag Education. Born and raised on his family’s dairy farm 9 miles south of campus, Steve was active in the Ever Ready 4-H club then transitioned to FFA upon entering Middletown High School in 1984. Steve served as chapter FFA president in 87-88. After graduation, Steve enlisted in the Delaware Army National Guard and completed basic training at Ft Dix NJ only to be discharged due to failure to complete the two-mile run in required minimum time. Upon returning home, Steve worked on the family farm and worked for the local John Deere dealership. During this time, Steve served as New Castle County Vice President in the Delaware FFA association for two years and then State President of the Delaware FFA from 1990 to 1991.

This same year, after being diagnosed with a form of muscular dystrophy, Steve enrolled in the continuing education program at the University of Delaware under the strong direction of his mother Martha Gruwell Cook, UD HR ‘56. With a desire to teach others of the dairy industry, Steve started the Glasgow 4-H Dairy Club and purchased Jersey heifers for members to show. With support and leadership from then 4-H extension agent Joy Sparks, the Delaware 4-H and FFA Calf Leasing program was born. Shortly after, the 4-H and FFA Spring Dairy Expo (sponsored by the Delaware Holstein Association and Cooperative Extension) was transitioned to the state fair grounds and allowed the students leasing dairy heifers to show any breed.

While a student at UD, Steve was an active participant in Agriculture College Council, Animal Science Club, and a founding Father of Alpha Gamma Rho Fraternity. Steve graduated in 1996 and began his teaching career with Caesar Rodney High School. In 2018, he moved to his home district at Appoquinimink High School as an agri-science teacher. Over his 24 years of teaching, Steve has inspired hundreds of students to become agriculture advocates through their experience as FFA members.  He has coached numerous Champion Career and Leadership Development members and encouraged many members to become State Officers. He has been recognized for Distinguished Service to Agriculture by the Kent County and New Castle County Farm Bureaus, FSA, Delaware Holstein Association and FFA Chapters throughout the State of Delaware.

Rodney Robinson’s passion for landscape architecture began at the University of Delaware in 1972 where he was a student in the College of Agriculture. He studied under noted landscape architect Conrad Hamerman and renown horticulturist Richard Lighty. The culture was a combination of scholarship, mentoring, and professional friendship. Both professors inspired Rodney to pursue a career in design and both remained lifelong friends.

Rodney continued his studies in landscape architecture at the University of Pennsylvania, graduating in 1978 with a masters of landscape architecture and the American Society of Landscape Architects (ASLA) Certificate of Honor. That same year, representing the University of Pennsylvania in a national competition, Rodney won the first place ASLA National Student Award for Excellence in Design at the Graduate Level.

Following his graduation from Penn, Rodney took a position with Philadelphia landscape architect George E. Patton and later with the nationally recognized firm of Wallace Roberts and Todd (WRT). In 1985, Rodney joined with former graduate school classmates to establish the firm CLR Design, with offices in Philadelphia and New York City. The firm gained national prominence in bringing habitat-emersion exhibits to zoos and aquaria. During his ten years as a principal with CLR Design, Rodney pursued his personal interest in public garden planning and design, receiving design commissions from The New York Botanic Garden, The United States Botanic Garden Conservatory, Longwood Gardens, Winterthur, and Chanticleer.

In 1995, Rodney returned to Delaware to establish a practice designing both public and private gardens – a practice that has extended from Orlando to Nantucket to Chicago. His firm expanded its expertise to include historic garden restoration, which brought such important commissions as Gibraltar Gardens and The Nemours Mansion and Gardens, both in Wilmington Delaware. The body of work throughout his career represents diverse projects that have enabled him to grow as a designer. In 2009, Rodney was recognized for this work when he was inducted as a Fellow of the American Society of Landscape Architects.

Today, Rodney continues to practice landscape architecture under the firm of Robinson Anderson Summers. In 2017, he joined the faculty as adjunct professor in the College of Agriculture and Natural Resources. Rodney currently teaches in the recently accredited professional degree program in landscape architecture.

Cat Connelly is a principal scientist at HP Hood, a food and beverage manufacturer based in Lynnfield, Massachusetts. She leads the development and commercialization of plant-based milk alternatives and beverages, including the company’s recently launched Planet Oat brand of oatmilk. Prior to Hood, Cat spent 11 years in product development for Campbell Soup Company, supporting multiple brands across soup and beverage categories.  During her time at Campbell’s, she supported a wide spectrum of initiatives spanning innovation, renovation, cost reductions, line extensions, and manufacturing commissioning. She helped shape Campbell’s Culinology program and served as an officer for its LGBTQ employee affinity network.

Cat graduated from the University of Delaware in 2005 with a B.S. in Food Science, and later earned a culinary degree from the Art Institute in Philadelphia. She is a certified culinary scientist through the Research Chefs Association. She is passionate about developing products that delight consumers and are healthier and more sustainable for the planet.

Cat lives on the north shore of Massachusetts with her wife Laura. In her spare time, Cat volunteers with Food For All, a local food policy council that addresses food insecurity in the community.

Kate Zook serves as a program analyst in the U.S. Department of Agriculture (USDA) Office of Energy and Environmental Policy. Kate works with USDA leadership to coordinate policy and activities related to climate change, energy, and environmental markets for the U.S. agriculture sector. Through her work, Kate strives to protect and enhance the nation’s natural resources and support rural economies by promoting bioenergy, markets for ecosystem services, and an agriculture sector that is resilient to climate change.

Kate has domestic and international experience in agricultural resource management, working for both academic and nongovernmental organizations. She also has served a variety of public policy roles, including a term at the White House in the Office of Management and Budget. Kate earned undergraduate degrees in agriculture and natural resource management from the University of Delaware, and a masters in Environmental Management from the Nicholas School of the Environment at Duke University, focusing on economics and policy.