Downy mildew of impatiens is a serious disease in the United States, caused by the fungus-like Oomycete, Plasmopara obducens.   Originally found in Europe, impatiens downy mildew was detected in greenhouses in California in the U.S. in 2004.  Downy mildew was first confirmed in Delaware on Impatiens walleriana in Kent County in August 2012.  It was confirmed on garden balsam, Impatiens balsamina in New Castle County in June 2012.  The earliest symptom on affected plants is yellowing on the top leaf surface, often accompanied by a downward curling of leaves.  Chlorosis (yellowing) is followed by leaf drop, stunting and overall poor condition of plants. Sporulation (production of sporangia) of the downy mildew pathogen occurs on the undersides of the leaves.  Impatiens downy mildew sporangia are produced in abundance and can be seen as white patches on the lower leaf surface of what is normally a smooth surface (not hairy). Sporangia are spread by air currents, by water splash, and on infected leaf material and seeds.  Later in the infection process, oospores may be formed in the stems and roots of infected plants. Oospores are thick-walled resistant spores and are suspected to overwinter.

Downy mildew diseases are very host specific. The disease on impatiens is an aggressive disease and has been confirmed in most Eastern states, as well as California and a number of mid-western states. The pathogen is favored by wet, humid conditions, typical of the coastal climate found in Delaware.  There is no harmful effect to humans from contact with the downy mildew pathogen.

Downy mildew caused by Plasmopara obducens affects all Impatiens walleriana hybrids, but does not affect New Guinea impatiens. The pathogen has not been found to infect I. hawkeri, I. omeiania, I. repens, or I. morsei ‘Velveta’.  Jewel weed, I. capensis, may become infected but not sporulate. There are similar downy mildews on coleus and on Asteraceae, but they not caused by the same pathogen and will not cross infect. There are some new resistant impatiens hybrids such as ‘Bounce’.

Affected plants should be removed from garden beds or pots and be discarded in the trash, not composted nearby.  The pathogen may overwinter in Delaware, especially in a greenhouse or sheltered location. Rotation away from impatiens for three years may be successful in garden beds. Clean plants should be obtained from suppliers and seedlings may be drenched with fungicide before planting. Management in home gardens includes use of phosphorus acid salts fungicides such as Fosphite or KPhite. Labeled fungicide chemicals should be applied preventatively, according to the label, and may not provide good control once the disease can be seen sporulating on leaf tissue.  Reference to commercial products or trade names does not imply endorsement by University of Delaware Cooperative Extension. 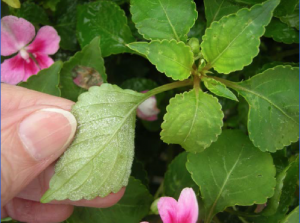 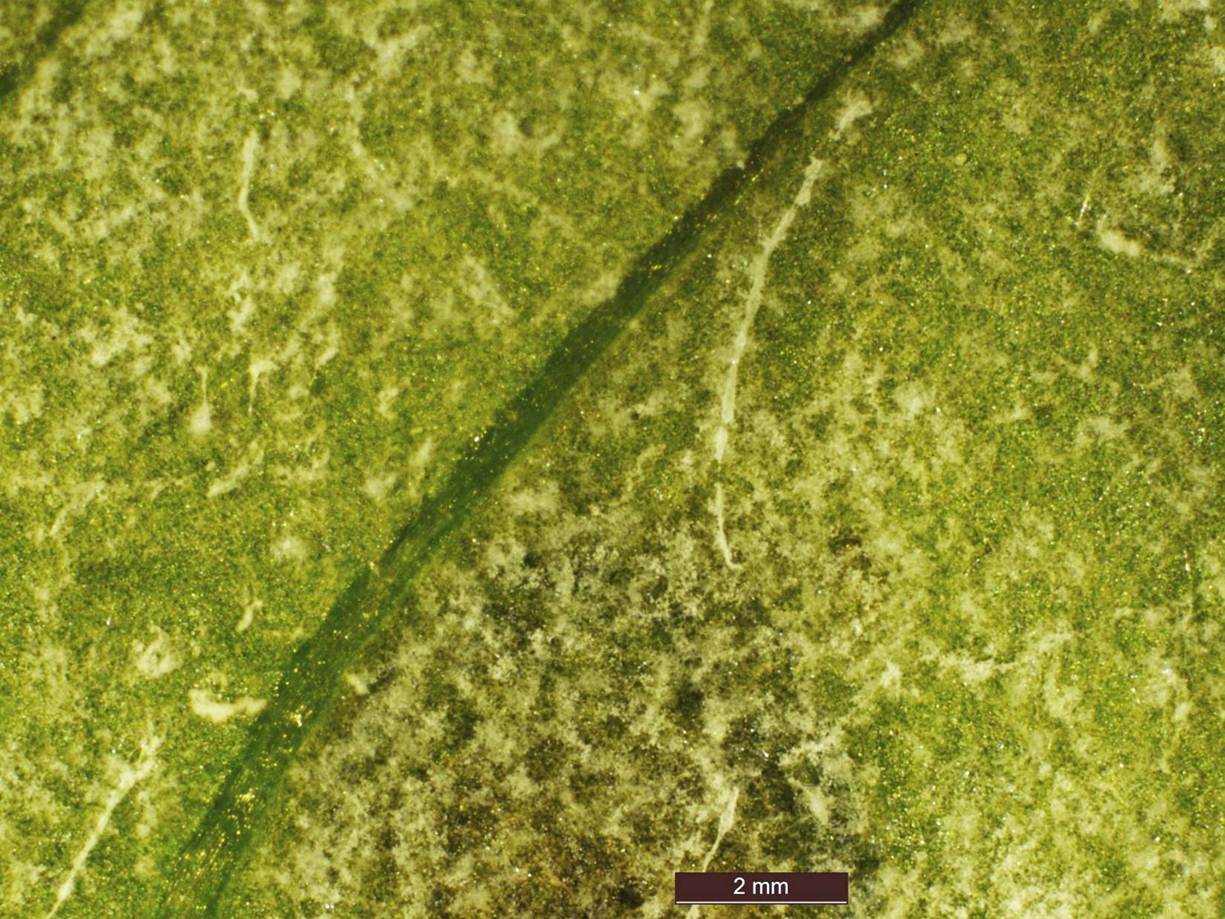 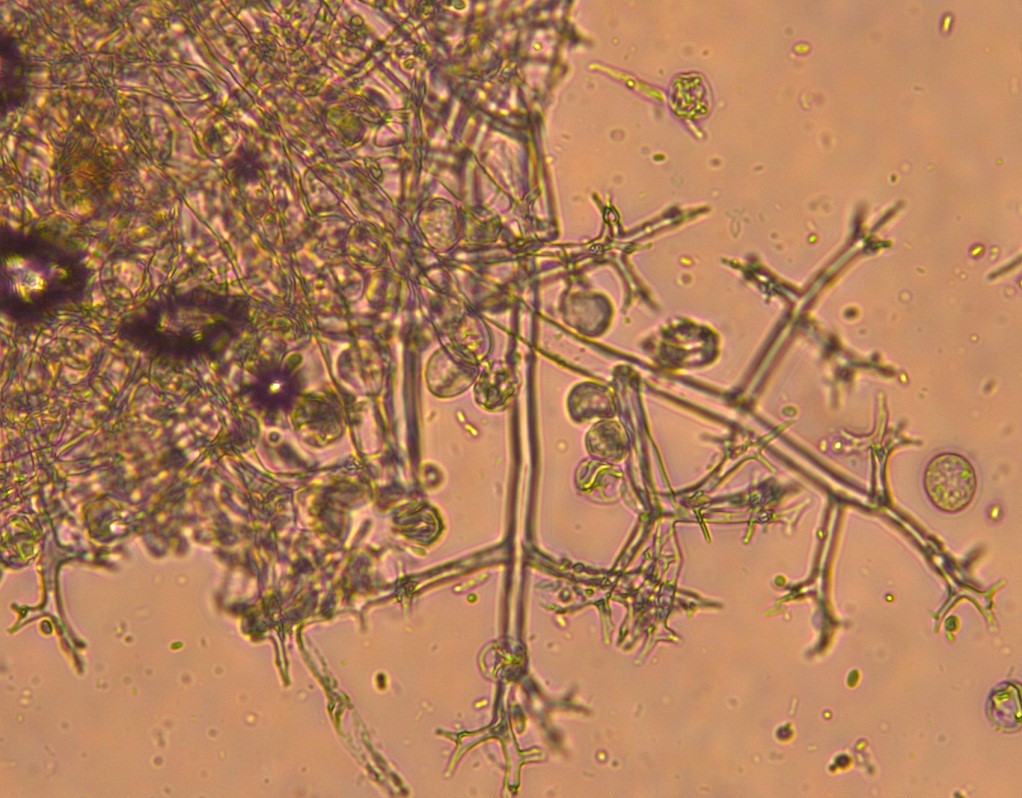