Ash rust, caused by the rust fungus Puccinia sparganioides, is a disease which infects white and green ash in Delaware. Black ash is also reported as a host where it occurs. Leaves, petioles and green twigs are infected. Ash rust, like many rust diseases, needs two different hosts to complete its complicated life cycle. The alternate host for ash rust is marsh and cord grass (Spartina spp.and Distichlis spicata) which is found in coastal areas. The range of infected marsh and cord grass are has not been determined in Delaware.

Symptoms on ash appear in mid-May as small yellow to yellow-orange spots on upper leaf surfaces. About ten days later bright orange-yellow clusters of aecia (fungal spore producing structures) became apparent on leaf undersurfaces. Leaves often become distorted and petioles and twigs may develop wart-like swellings which also bear clusters of aecia. Leaves with infected petioles wilt and die. By early June affected leaf tissue on ash begins to die and severely affected trees appear scorched. By early July defoliation of heavily infected trees is well advanced. In some cases, infected trees may push a flush of new growth. Repeatedly infected trees may be predisposed to winter damage and to secondary infection by wood decay organisms. In the early 1980’s and in the mid 90’s we experienced severe ash rust on green ash planted as street trees in New Castle County, DE and elsewhere, but the occurrence has been very sporadic since that time. Ash rust is considered a minor disease but spectacular when present since the symptoms are so striking.

The ash rust fungus has five spore stages of which two must occur on alternate hosts for infection of ash to occur. In the spring, teliospores infect the current-year tissues of ash, causing spermogonia and then aecia to develop. Aeciospores are blown to the alternate hosts (marsh and cord grasses) on which uredinia develop in early summer. During the summer, urediniospores repeatedly infect cord or marsh grass. Uredinia eventually develop into brownish-black telia in the fall. These teliospores then infect the ash the following spring if weather conditions are favorable for infection.

Because the disease occurs sporadically, control is rarely needed, especially if the infected tree is otherwise healthy. It is very difficult to predict if the disease is going to occur and preventative fungicide applications would be the only option for control. It is suggested that trial applications of Systhane WSP (myclobutanil) or Immunox for homeowners could be applied in situations where infections would threaten valuable landscape specimens. Apply 2-3 times, beginning as leaves are expanding, then once or twice again at ten day to two week intervals. Spraying after infection has occurred will not result in control, preventative spraying is essential. 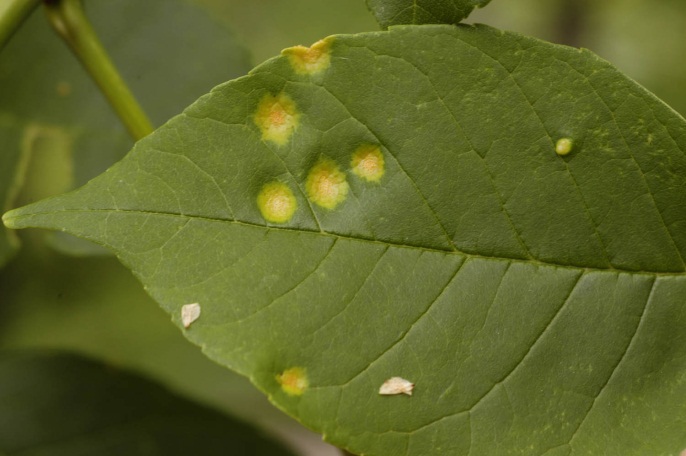 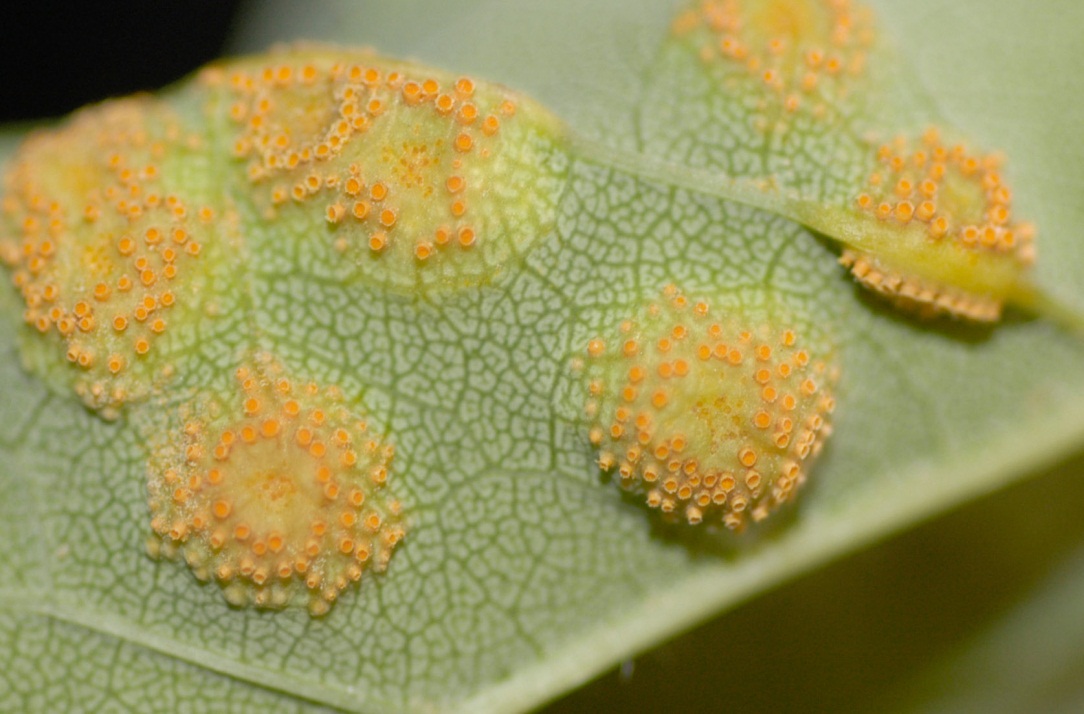 Close-up of cup-shaped aecia on underside of infected ash leaf. 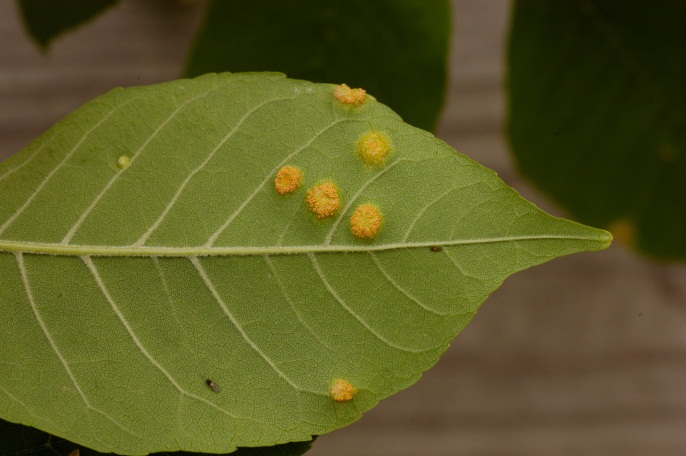 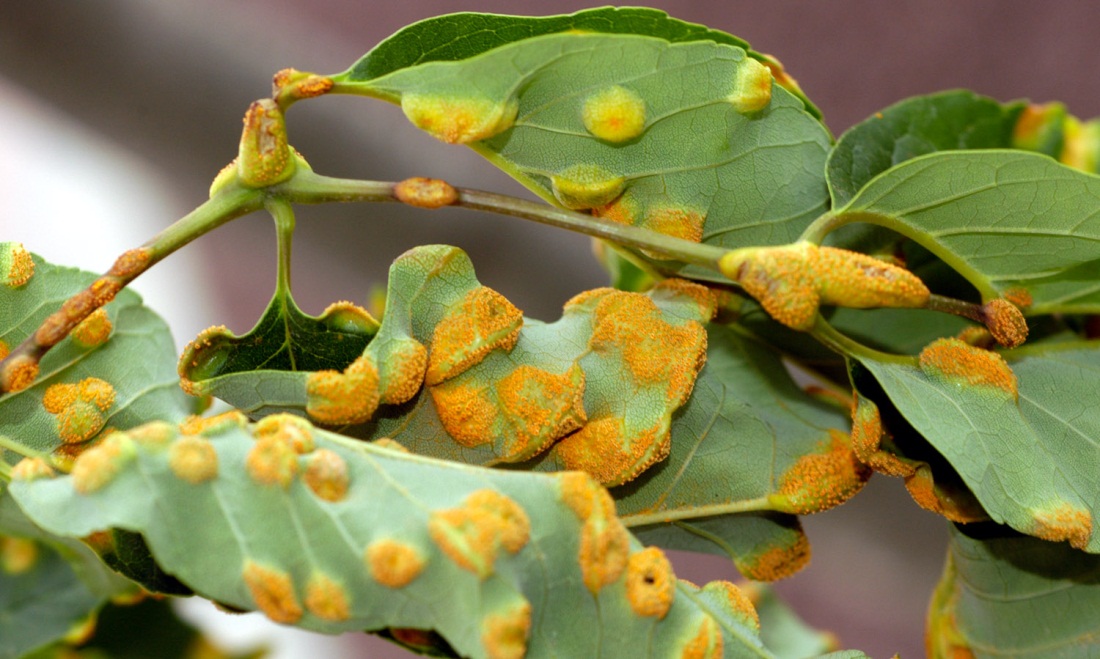