Center for Food Systems and Sustainability

Read below the abstracts of posters they presented at the August 9, 2018 UD Undergraduate Research & Service Celebratory Symposium. Across the globe, rice is a fundamental component of people’s diet, but arsenite and cadmium can accumulate within the body of the plant, via silicon pathways, making it toxic when consumed in large amounts. It was previously found that adding plant available silicon to the soil in which the rice grows minimizes the uptake of arsenic. This plant available silicon can be found in biochar. Biochar, which is the pyrolyzed remains of rice husk and straw possesses varying chemical and physical properties, depending on the conditions in which the biochar was created. The silicon solubility and surface area of biochar are related to a crystalline structure, which occurs at higher temperatures. The goal of this project was to find the burning conditions, temperature, presence of oxygen etc. that create physical and chemical properties which will balance Silicon solubility with Cadmium adsorption. After creating biochar under a range of conditions and temperatures from 300°C to 750°C it was tested on pH, conductivity, and CEC. It was found that around temperatures of 600°C the pH and conductivity both increased significantly. Other conditions such as presence of water or oxygen had no effect on pH or conductivity. CEC also shows significant differences around temperatures of 600°C, as well as differences between biochar created in the presence of oxygen or without.

Rice Blast disease, caused by the fungus Magnaporthe oryzae, causes severe loss to crops worldwide, especially in South Asia. It is a virulent pathogen, which can cause complete devastation when conditions are favorable. To better understand how to take advantage of basal immunity, a mechanism by which plants can protect themselves even against virulent pathogens, we are performing forward genetic screens with rice and M. oryzae. Previous work in our lab used a live sensor gene called Hyper-sensor (HS) to measure detection of reactive oxygen species (ROS) in a well-characterized strain of M. oryzae 4091. ROS is a major contributor to a plant’s basal immune system. The HS gene gives 4091 the ability to fluoresce when in the presence of ROS, thus providing a quantifiable measurement of ROS. We are in the process of randomly disrupting the genome of 4091-HS by transformation with a DNA insert constructed with a gene for resistance to the drug Hygromycin (Hyg). This construct has two degenerate ends so that it will generate random insertions in the genome, disrupting as many genes as possible. This ability to bind anywhere could disrupt genes that play a role in ROS production in the fungus, or triggering and detection of ROS in the plant, potentially identifying genes directly linked to basal immunity. Through screening the randomly mutagenized library of 4091-HS, we will be able to identify changes in ROS using confocal microscopy. Currently we have over 1100 transformed candidates that have been characterized through a primary and secondary screen whose results will be discussed and 300 mutants waiting further analysis. Results will be presented on our screening strategy and some preliminary data from a similar screen on a previously mutagenized population.

Learn more about these opportunities 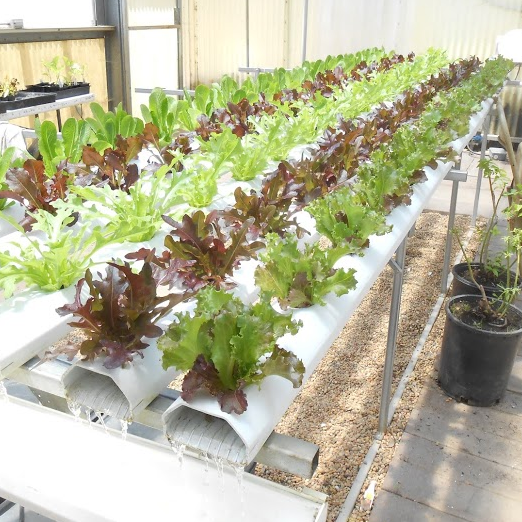 In addition to an internship program, the center integrates research, education, and community outreach.

Learn about our seed grants