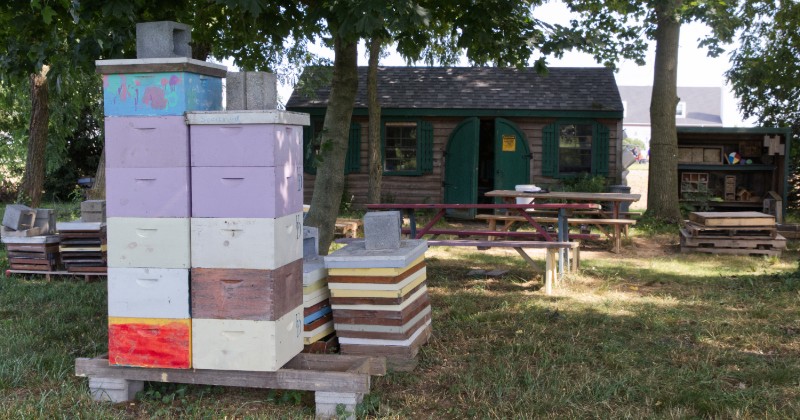 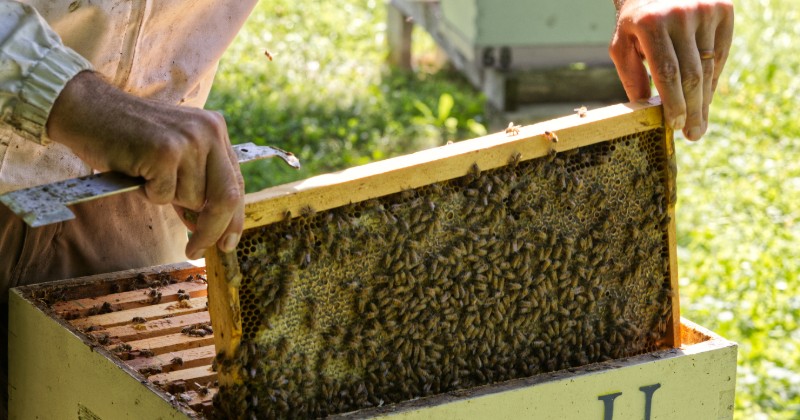 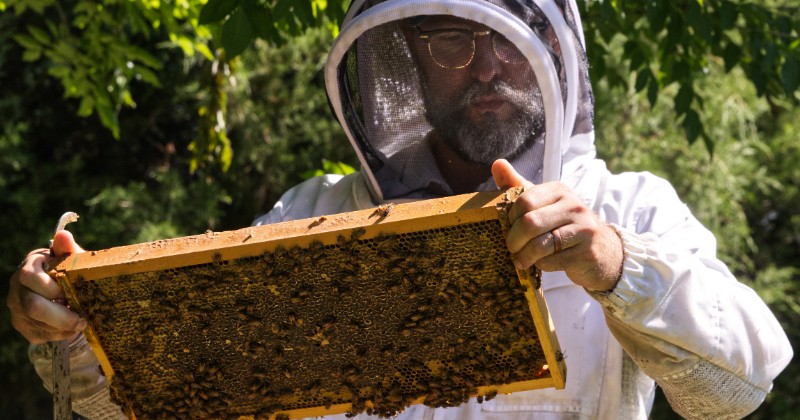 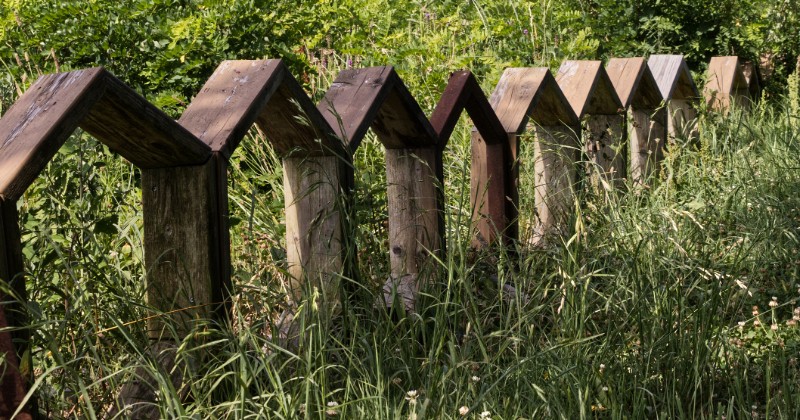 The honey is made by the bees starting early in the spring as soon as the first trees start to bloom (most likely maples). Bees collect nectar and pollen from the various floral sources over the spring and summer months.

Honey changes from year to year, depending on the amount of rainfall during the season and what flowers are producing the nectar.

The bees on the Newark farm get a large amount of floral resources from black locust. There are also later flows that are a chaotic mix of things, but mainly clover, tulip poplar and a variety of other wild flowers. Late August up until early fall, they are bringing in goldenrod, aster and many non-native floral sources such as knotweeds. These nectars, and finally honey, tend to be much darker in color and have a rich flavor.

Once the forager bee brings the nectar back to the hive the nectar will have been mixed with special enzymes the foraging bee produces, but it is about 80 to 90 percent water at this time. Once the forager bee transfers the nectar to a house bee, the house bee spreads it in the bottom of a wax honeycomb cell and the process of evaporating the water out of the nectar begins. They will fan the nectar until the water content reaches about 19 percent, when they will cap the honey filled cells with a thin wax layer. This capping lets the beekeepers know it is ready to harvest and is now truly honey. If honey was harvested before this capping occurred, the honey would ferment because the water content would be too high.

Once the honey is capped, Delaney and her crew of students go through each hive frame by frame, and gently brush off the bees and put the capped honey into a bee proof box for transportation to the extraction room.

They then start the process of removing those wax cappings which the bees spent so much energy creating. By removing the cappings the honey is free to flow from the wax cells.

Once the cappings are removed on both sides of the honeycomb, we put the frames of honey into a motorized 18-frame extractor. The extractor spins the frames very quickly, which causes the honey to be spun onto the walls of the extractor. The honey then drips down the walls into the bottom of the extractor barrel and spills out into a double sieve or filter that removes any wax pieces and bee parts. The sieve is placed over a food grade bucket and once full is poured into our bottling tank ready for bottling and labeling.