Your Benefits and COVID-19 > 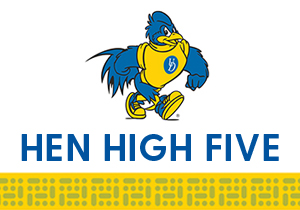 Recognize a co-worker or team

Human Resources is excited to announce the Hen High Five, an addition to the University's existing employee recognition program. The Hen High Five allows employees to recognize co-workers, including individuals or teams, by showing appreciation for their contributions. The criteria guidelines and submission form can be found on Human Resources Recognition and Services. 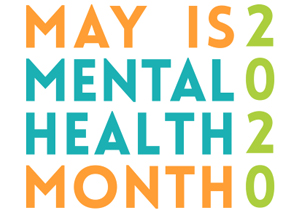 During the month of May, Employee Health & Wellbeing will be engaging UD employees, spouses, and retirees in a virtual mental health awareness campaign. Each week we will focus on a topic that ties back to our emotional wellbeing.  To kick off the campaign, Beth Finkle, Director of Employee Health & Wellbeing, shares an important message on why Mental Health Month is so critical to the culture of wellbeing at UD.

Virtual learning resources have been curated for your use during this challenging time. Check out a variety of topics ranging from diversity and inclusion, health and wellbeing and professional effectiveness. Links are updated periodically, so check back to continue your learning.

Office of Equity and Inclusion

We provide leadership and support in creating an equitable, diverse and inclusive working and learning environment.

We strive to build a culture where UD employees, spouses and retirees are healthy, fueled, and inspired to be their best selves.

Find resources, classes and training on a variety of topics to support your professional growth at UD.

View all news and information

We want to hear from you!

Your online destination for all employee-related information brought to you by Working at UD. Let us know if you have an event you would like to submit. Please fill out the form and submit it a month in advance of your event.

What I do at UD: Edit the UD Magazine

What I love about UD: The people.

Accomplishment I’m proud of: UD Magazine redesign, which we implemented in-house with a tiny but talented team, led by our phenomenal art director, Molly Chappell.

What inspires me: Great writing. People who do the right thing when nobody is looking. Kids, especially my own.

One thing people don’t know about me: I have a Messenger tattoo on my middle finger to remind me of the privilege and responsibility that comes with holding the power of the pen. Given its location, it’s also fun to show off ;)

What makes the University of Delaware a great place to work? The people. There’s no shortage of talent, innovation, expertise and some of the most interesting and inspiring stories I’ve ever heard.

Describe the career growth path you've taken at the University of Delaware. I began working here in 2010 as a Communications Specialist, writing speeches for the provost and the dean of the College of Arts and Sciences, as well as articles for UDaily. In 2014, I moved to Office and Development and Alumni Relations, where I learned about the critical role philanthropy plays in our continued success. Since 2015, I’ve been working on the UD Magazine, first as a writer, then content manager, and finally, as managing editor. It is such an honor to share the stories that comprise our Blue Hen community.

What's one interesting fact about the University of Delaware that people might not know? It really does rain more frequently on Tuesdays! A Messenger-prompted study examined the day of the week and percentage of precipitation in Newark’s campus over the last 11 years and found that Tuesdays saw the most rainfall—38 percent, versus 34 percent for all weekdays (and only 30.5 percent for weekends). State climatologist and UD’s own Dan Leathers thinks it might be because of heavier weekday activity and increased heat energy in the atmosphere.

Check out the best perks and rewards at the University of Delaware.