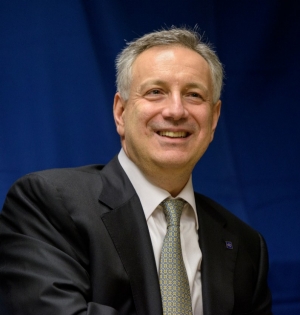 Dennis Assanis became the 28th president of the University of Delaware on June 6, 2016. Formerly provost and senior vice president for academic affairs at Stony Brook University in New York, he was elected by a unanimous vote of UD’s Board of Trustees in November 2015.

Dr. Assanis is a distinguished educator with a wide range of academic leadership experience and a worldwide reputation as a scholar and expert in both fundamental and applied studies of internal combustion engines and energy systems. Before joining Stony Brook University, he had a distinguished career at the University of Michigan for 17 years.

With an exceptional research record, he has been at the leading edge in the field of internal combustion engines, fuels and energy for more than 25 years. He was inducted as a member of the National Academy of Engineers in 2008 for his scientific contributions to improving fuel economy and reducing emissions of internal combustion engines, and for promoting automotive engineering education. He holds five patents and has directed more than $100 million in research grants and contracts.

Office of the president 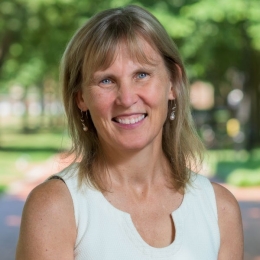 As the University's chief academic officer, Laura Carlson is responsible for administration of all programs of instruction, research and service and for facilitating the success of the University’s faculty and students. 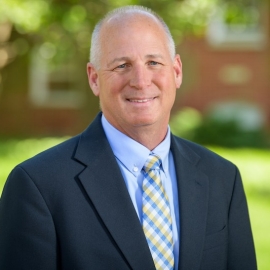 Beth G. Brand, Vice President and University Secretary, acts as a liaison between the President and the Board of Trustees, providing administrative support for the Board and its chair, as well as overseeing the University's records management and archives operation.

In addition, she is responsible for coordination of presidential leadership advisory boards, as well as planning and delivering presidential, University-wide events, including Commencement and Convocations. Brand is also responsible for building an effective institutional model to cultivate corporate engagement in partnership with other areas of the University.

Glenn Carter, former global marketing communications leader for the 3M Company in St. Paul, Minnesota, serves as Vice President for Communications and Marketing. Reporting directly to the President, he is responsible for the vision, implementation and supervision of the University’s overarching communication operations, as well as its branding strategy and initiatives, visual identity and development of major institutional relationships.

Fatimah Conley serves as vice president of institutional equity and chief diversity officer. She was appointed in October 2021, after serving a year as interim chief diversity officer. Previously, she had been a staff member in the Office of the General Counsel at UD since 2015. Conley also served from 2017-20 as senior counsel to the National Institute for Innovation in Manufacturing Biopharmaceuticals (NIIMBL), headquartered at UD and funded by the federal government to advance U.S. competitiveness in advanced manufacturing innovation. While at UD, Conley has worked directly with the Office of Equity and Inclusion, serving as interim director and Title IX coordinator from May 2018 to December 2019 and as senior associate director of the office from 2015-16.

Before joining the University, she was an attorney at a law firm in New Orleans, handling all aspects of commercial transactions, and spent two years as a human resources consultant in higher education. Conley is a member of the Louisiana State Bar Association and the National Association of College and University Attorneys. She earned her undergraduate degree at Fairleigh-Dickinson University and a law degree from Tulane Law School. Currently she is pursuing her MBA in UD’s Lerner College of Business and Economics.

Trevor A. Dawes, Vice Provost for Libraries and Museums and May Morris University Librarian

Trevor A. Dawes reports to the Provost and works closely with administrator, faculty and students to provide leadership and resources that enhance research, learning and service at the University. He oversees University libraries, including the flagship Morris Library, as well as the University of Delaware Press and University Museums, which includes the Old College and Mechanical Hall art galleries and the Mineralogical Museum in Penny Hall.

James Dicker, Vice President for Development and Alumni Relations, is responsible for promoting a culture of philanthropy throughout the University community and beyond and for enhancing connections of alumni to their alma mater.

Before joining UD, he served for three years as Vice President for Institutional Advancement at Temple University, leading the alumni relations and development teams. Previously, he served for 12 years as Vice President of Development and College Relations at Lafayette College, where he was responsible for strategic planning and oversight of a $400 million comprehensive capital campaign.

Under his leadership, Lafayette’s development effort won 2012 and 2013 Circle of Excellence Awards for Education Fundraising from CASE, the Council for the Advancement and Support of Education. He earned his bachelor’s degree in government and law at Lafayette.

As the University's chief legal officer, Laure Ergin is responsible for the management and supervision of all legal affairs for the University.

Reporting to the President, Ergin serves as principal legal advisor to the Board of Trustees, the President and senior staff on litigation, regulatory and contract matters.

Previously she served as Associate Vice President and Deputy General Counsel at the University for five years. Before coming to UD, she was an attorney in the General Counsel's Office at Drexel University for 13 years, serving as Drexel's chief compliance officer for four of those years. She earned her undergraduate and law degrees from Saint Louis University.

Matt Kinservik is Vice Provost for Faculty Affairs, charged with ensuring that the University recruits, nurtures and retains high quality faculty. He joined UD’s English faculty in 1997, specializing in 18th-century British literature. He has served in a number of administrative roles, including director of graduate studies and chair of the Department of English and, since 2011, associate dean for the humanities in the College of Arts and Sciences.

A member of the Path to Prominence Strategic Planning Committee, Kinservik currently co-chairs the new Strategic Planning Initiative’s Working Group on “Models for the New American Research University.” He has served on the executive committee of the Winterthur Program in American Material Culture and on the board of the University of Delaware Press. He holds a bachelor's degree in English and political science and a master's degree in English from the University of Wisconsin Madison, and a doctorate in English from Penn State University.

Lee is is Gore Professor of Chemical and Biomolecular Engineering at UD and institute director for the National Institute for Innovation in Manufacturing Biopharmaceuticals (NIIMBL). A member of the UD faculty since 2007, Lee is known for his impact on U.S. innovation policy in Washington, D.C., his work to catalyze advanced manufacturing innovation in the United States and his impact on diverse technical areas including proteomic methods, Alzheimer's disease diagnosis and biopharmaceutical manufacturing. He has six patents and one more pending.

As Vice President for Enrollment Management, Rodney Morrison has responsibility for identifying, attracting, admitting, yielding and retaining students. He oversees the offices of Admissions, the Registrar and Student Financial Services and works with other senior administrators, faculty, staff and students to integrate operational and strategic enrollment management initiatives across the campus.

Lynn Okagaki is Deputy Provost for Academic Affairs, with responsibility for undergraduate academic affairs. She works with the Provost on the administration of academic policies and faculty appointment and promotion. She also works with the Provost to establish global collaborations and partnerships to extend the University's global role, leadership, geographic presence and visibility.

She received her bachelor’s degree in applied behavioral sciences from the University of California at Davis and her doctorate in developmental psychology from Cornell University.

Sharon Pitt serves as Vice President of Information Technologies, providing leadership on the University’s use of information technologies for teaching, learning, research, administrative and outreach activities, as well as assessment of new and emerging technologies.

Christine (Chrissi) Rawak is Director of Intercollegiate Athletics and Recreation Services. Before coming to UD, she spent more than a decade in athletics at the University of Michigan, where she oversaw external relations and strategic initiatives.

Mary leads budget and planning operations for the University, including creating annually operating and capital budgets, partnering with senior leadership in development of enrollment targets and financial aid strategy, tuition and fee rate recommendations, & multiyear budget forecasting models, and annual development of operating, capital and special items budget requests to the State of Delaware. She works with the senior leadership team to translate the strategic plan goals to actions across units, develop annual performance goals and metrics for the vice presidential units and colleges, tying budget allocation to goal execution. Direct reports include the University Budget Office, Institutional Research and Effectiveness and Decision Support.

Before coming to UD, she served as Associate Vice President for Academic Budget and Financial Planning at Stony Brook University, where she earned an undergraduate degree in history and a master of science degree in management and policy.

Michael L. Vaughan serves as Vice Provost for Equity and works to advance the University’s academic mission and goals in the areas of diversity, equity, inclusion and human rights by leading efforts to define, assess and cultivate equity as both an institutional value and an academic priority. He is a senior adviser to the Vice President for Institutional Equity/CDO and the University Provost on matters of equity, diversity, inclusion and social justice and collaborates with campus leaders and others on initiatives designed to support UD's overall academic equity, diversity, inclusion and social justice efforts.

With more than 25 years of academic administrative experience at UD, he previously served as Associate Dean for Engineering Undergraduate Education, managing overall college-level undergraduate academic infrastructure and processes. He also holds a secondary faculty appointment as an Instructor in the College of Engineering.

Vaughan received his bachelor’s and master’s degrees in electrical engineering from North Carolina A&T State University, and he completed his Ph.D. in civil engineering at UD.

Members of the Board of Trustees

Officers of the Board 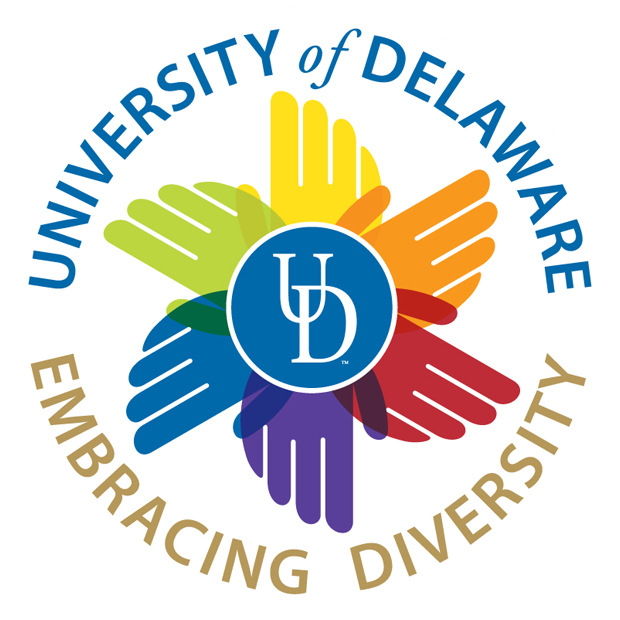