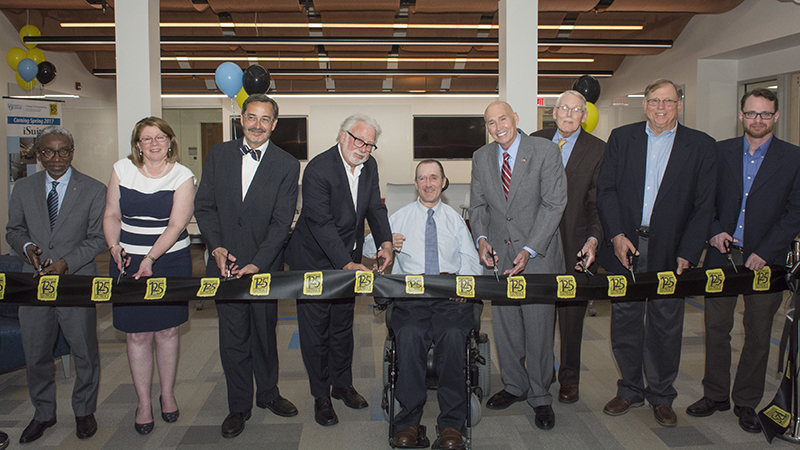 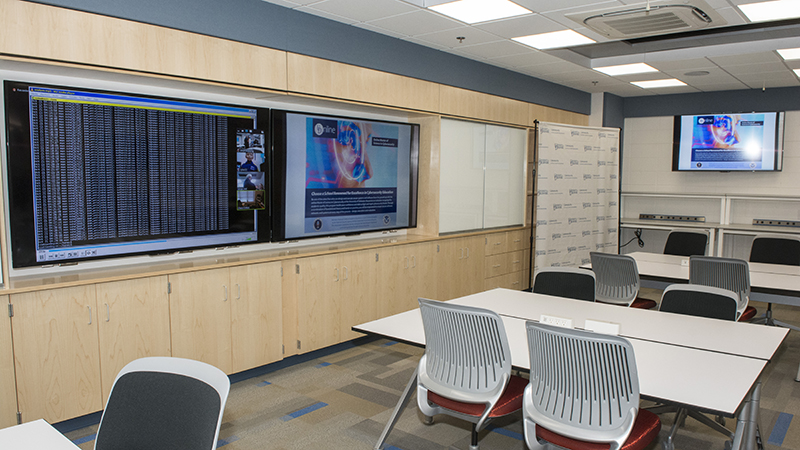 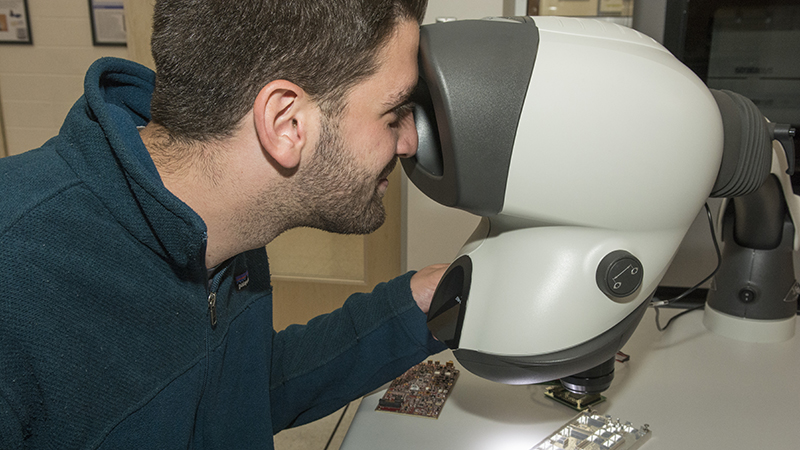 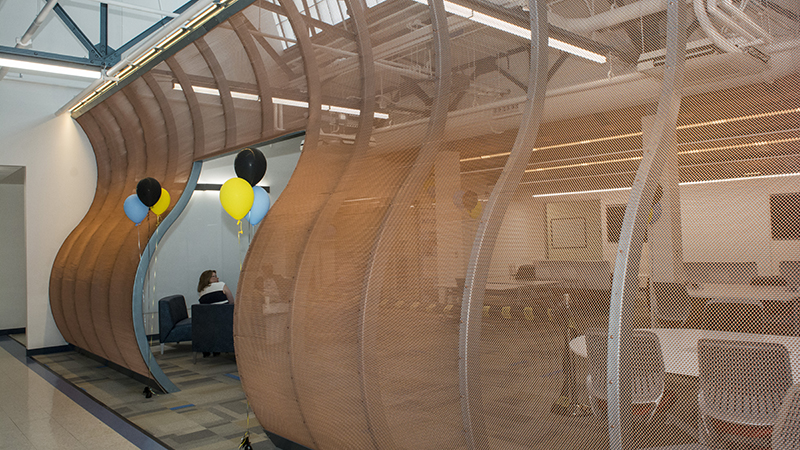 Entrance to the Collaboration Hub where students, faculty, collaborators, and alumni work in collaborative teams on design projects

Article by Diane Kukich Photos by Doug Baker May 26, 2017

A ransomware attack launched in Europe on Friday, May 12, infected as many as a quarter million computers in more than 150 countries, underscoring the growing need for cybersecurity professionals.

The University of Delaware is doing its part to help meet this need with education programs offered through the Department of Electrical and Computer Engineering, and students interested in this field now have access to a new facility with the equipment and capabilities to hold “live-fire” cyber defense and warfare training.

The facility is part of the new $2-million Innovation Suite, known as the iSuite, unveiled on Saturday, May 21, as part of the department’s 125th anniversary celebration.

In addition to the Cyber Range, the 4,500-square-foot iSuite includes the Collaboration Hub and the Makerspace.

For Chase Cotton, who teaches courses in cybersecurity, the iSuite could not have come at a better time.

“This new hands-on facility will prepare our students for cybersecurity-related careers in the highly competitive sectors of finance, military or government,” he said.

Some will pursue careers directly in government or industry security, while others will become programmers or engineers who create more secure consumer products, software and services.

In his remarks at the ribbon-cutting, Babatunde Ogunnaike, dean of the college, referred to the iSuite as “a space where the inventive genius of the next generation of engineers will be awakened and nurtured, so that [they] can tackle the challenges of today successfully and be ready for the ones tomorrow will bring.”

He also pointed out that many of the amazing feats of engineering over the past century — automobiles, airplanes, computers, electrification, electronics, the internet, radio and television, and the telephone — would not be realities today without the discipline of electrical and computer engineering.

About the 125th anniversary

The Department of Mechanical and Electrical Engineering was founded at UD in 1891, and the two disciplines remained in one department for the next 20 years until electrical engineering branched off into a separate department in 1921. During the 1996-97 academic year, a computer engineering degree was established, and the department name was changed to Electrical and Computer Engineering (ECE).

Cyber Range – a core discipline lab with a full suite of computer and networking capabilities to hold “live-fire” cyber defense and warfare training combined with electronic test and measurement instruments to allow integration of exercises with physical (e.g., Internet of Things, or IoT) devices.

Collaboration Hub – a casual, multi-use environment where teams can think creatively, brainstorm project ideas and present their ideas and projects to on-site and remote collaborators

Makerspace – an imagination space laboratory in which students can conceive, design, prototype and test their ideas and systems.