When downy mildew epidemics strike, they are a plague to lima bean growers in Delaware, which produces over 60 percent of the nation’s crop for canning and freezing.

Downy mildew is caused by the fungus like microorganism Phytophthora phaseoli, which has six documented races, A to F.

Race F is currently predominant in the Mid-Atlantic region, which creates a need for resistant lima bean cultivars that still retain those desirable agronomic characteristics that the market demands.

At the University of Delaware, researchers have developed genetic markers to detect Race F resistance in lima beans, which were validated and used to predict resistance to the disease using a diversity panel consisting of 256 different genotypes of lima bean, the first time these methods have been used in lima bean breeding.

The research was funded by a five-year, $1.5 million U.S. Department of Agriculture (USDA) Specialty Crop Research Initiative grant (SCRI), and the results were published in a focus edition of the journal Phytopathology in 2016. The follow up field work using a diversity panel was funded by a $13,000 USDA Germplasm Evaluation Cooperative Agreement.

Terence Mhora, a doctoral student in the College of Agriculture and Natural Resources (CANR), works in the labs of Nicole Donofrio, associate professor, and Tom Evans, professor, in the Department of Plant and Soil Sciences (PLSC), and was the lead author on the paper. Mhora also worked closely with Randy Wisser, associate professor in PLSC, on the project.

One of the problems with downy mildew is that when breeders find single dominant gene forms of resistance, the pathogen evolves and is able to overcome that resistance and cause infection which in turn causes economic losses.

The researchers at UD wanted to find a way to more efficiently breed plants that are resistant to Race F.

This technique, as well as the utilization of a bioinformatics pipeline known as Reduced Representation (REDREP) was used to analyze the data.

This pipeline was developed at the Delaware Biotechnology Institute (DBI) by Shawn Polson, director of the bioinformatics core in the Center for Bioinformatics and Computational Biology and assistant professor in the departments of Computer and Information Sciences and Biological Sciences, Wisser and Keith Hopper, an affiliated associate professor in the Department of Entomology and Wildlife Ecology.

This was no easy feat, as while other crops have had substantial research conducted on them, resulting in valuable resources such as sequenced genomes, linkage maps and characterized genes, none of this research has been conducted for the lima bean.

“That makes it difficult because, when it comes to the GBS, we have sequencing errors and so we actually have to be able to filter through the data we get to find out what’s bona fide and what isn’t,” said Mhora. “That complicates things when you don’t have a reference genome which will tell you, ‘Yes, the sequences that you have are bona fide’ and you have to go through a lot of methods to do that.”

Making assumptions based off of a closely related common bean reference genome, the researchers were able to identify resistance gene candidates using these markers that indicated disease resistance.

Tests for expression of these candidate genes in lima bean are showing the effectiveness of these markers, and with a reference genome for lima bean in the pipeline, more accurate descriptions of the mechanisms of resistance to downy mildew will be uncovered.

“The markers were useful for predicting resistance so we could predict and say, ‘OK, so when this marker is present in a certain plant, that plant is resistant to Race F,’” said Mhora.

After identifying the marker genes, the researchers passed the information on to Emmalea Ernest, associate scientist in the Cooperative Extension vegetable and fruit program and also in PLSC, who guides UD’s lima bean breeding program. Ernest will be able to use the marker set to tell her if the beans she’s breeding are resistant or not.

“It’s a tool for Emmalea and that tool comes from us to Emmalea and then straight to the farmer. It’s like a pipeline,” said Mhora.

To validate the marker genes, the researchers set up a diversity panel consisting of 256 different lima bean genotypes that were sourced from around the world, mostly from the lima bean’s center of origin which is in the Mesoamerican and the Andean regions of Central and South America.

After conducting work in the field, the researchers then went into the greenhouse with the diversity panel to validate their results and see if there were any additional forms of resistance that the markers might not be associated with.

Twelve candidates passed through both field and greenhouse phenotyping or screening, including the four that the markers had detected.

The next step for the research is to take all the candidates that were resistant in the field and do a more comprehensive experiment with them in fields on UD’s Newark Campus and in Georgetown, Delaware, at the University’s Carvel Research and Education Center. Both locations will be used to look at Races E and F. 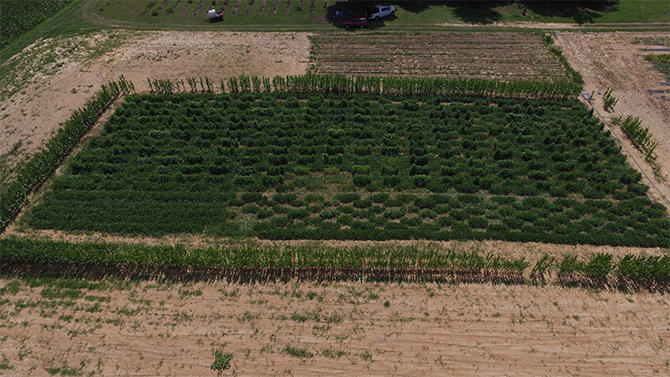 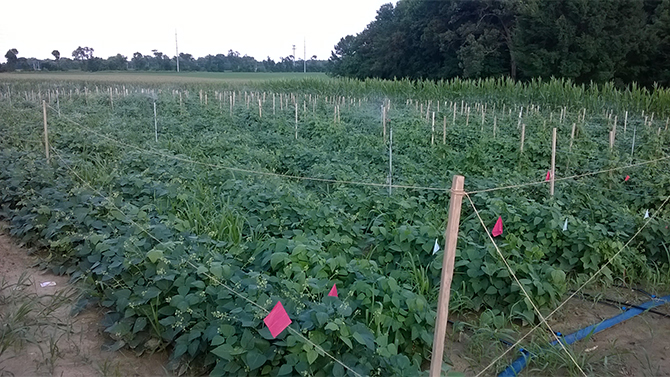 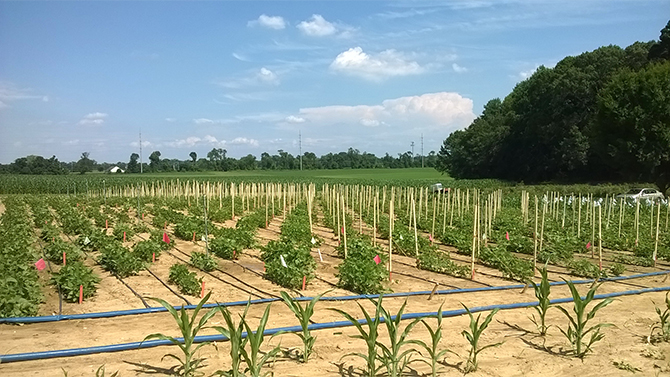