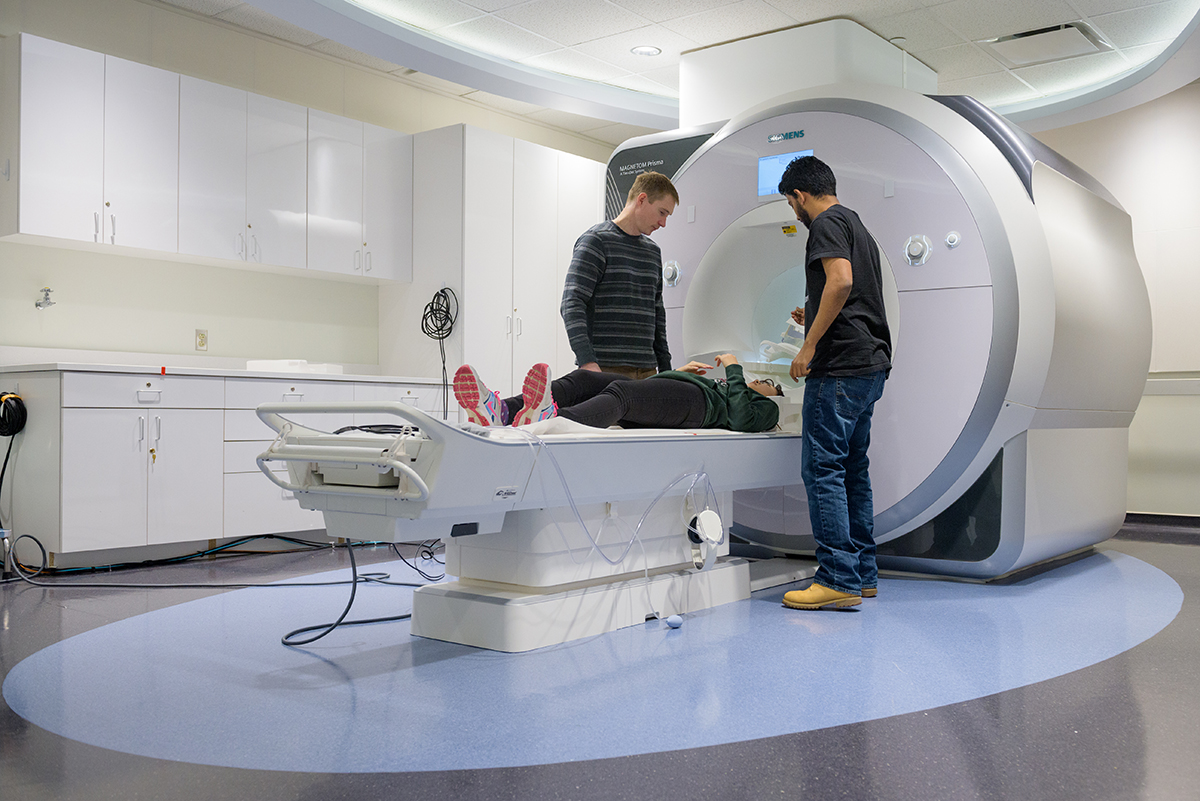 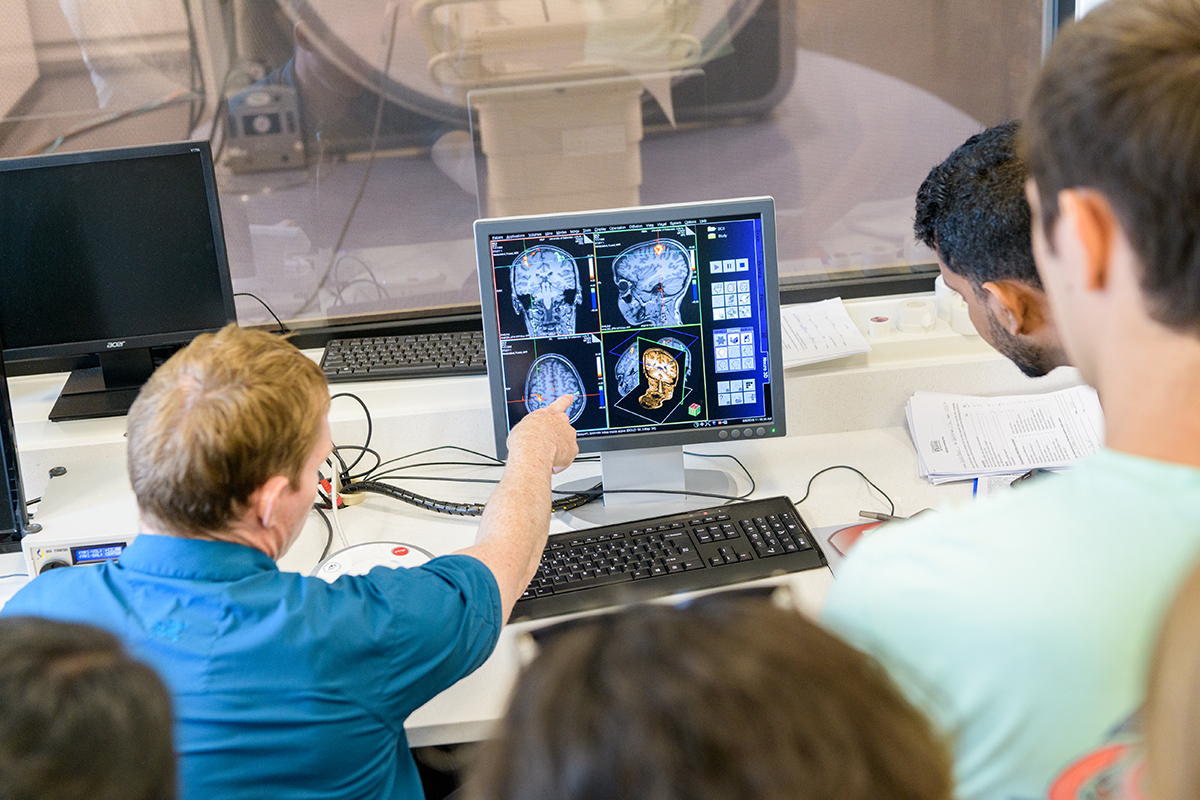 Students participating in the department's Summer Workshop in Cognitive and Brain Sciences (Brain Camp) study and draw conclusions from readings provided by the university's fMRI scanner while visiting the UD Center for Biomedical and Brain Imaging.

Department of Linguistics and Cognitive Science

AN INTERDISCIPLINARY STUDY OF THE MIND

Cognitive science is the interdisciplinary study of the mind as an information processor. It is a relatively new discipline that arose in the mid-20th century from a convergence of conceptual revolutions primarily in psychology, computer science and linguistics. Today, it also draws from fields such as philosophy, neuroscience and anthropology. A central goal of cognitive science is to determine structures and processes that underwrite cognitive tasks such as perception, memory, attention, language and motor control. This, in turn, plays an important role in applied research areas such as artificial intelligence, educational psychology, the science of language and communication.

The department also offers a Honors B.S. in Cognitive Science, as well as a Linguistics major.

What’s special about this program?

Our undergraduates have pursued a broad range of degrees at both the master’s and Ph.D. levels. Examples include audiology, cognitive science, computer science, linguistics, medicine, neuroscience, nursing, occupational therapy, public health administration, speech/language pathology, philosophy and psychology. Cognitive science prepares students with a solid educational foundation in human cognition and considerable skills in scientific reasoning, critical thinking and clarity of expression. We have an excellent record of graduate placement and success.

The Language and Cognition Lab

(for majors with the specialization of Pre-Professional Speech Language Pathology)

This major is eligible for the following programs: 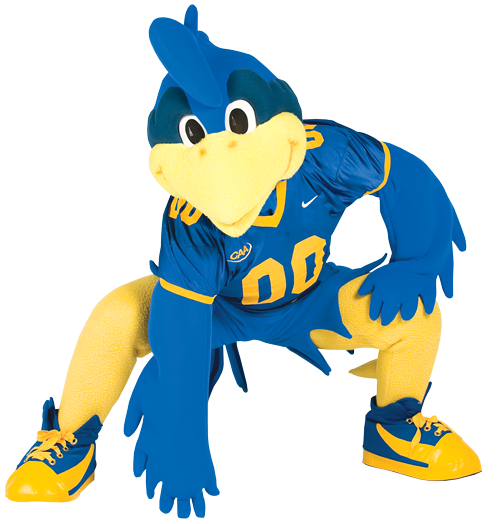 Ready to become a Blue Hen?

See how recent graduates are succeeding