With her rocket-plume red hair streaming in her wake, Prof. Martha Hall shoots up the stairs and strides into her spanking-new Tower at STAR lab, where gaggles of eager undergrads wait with stars in their eyes.

It’s just 9 a.m. on a muggy Monday, and despite the midsummer campus torpor, ideas are already percolating: “Smart watches” to help dementia patients. Jeans to ease dressing for the disabled. From a prototype-filled countertop, the ghostly 3D-printed head of an NBA star who needed a facemask oversees the fast-breaking scrimmage of students.

They work in teams, filling whiteboards and notebooks with their visions, their dreams and hopes—their hopes for helping others.

Inexplicably inexhaustible and defiantly youthful, Hall flits coolly from table to table at UD’s Innovation Health and Design Lab, nudging and coaxing as the ideas pop and gel. Soon the folks from Target will be stopping by to hear some of these ideas for “wearable technology” from Hall, AS99, 13M, HS18PhD. A few weeks back, it was the reps from Calvin Klein, and before that, Ralph Lauren’s peeps had a peek.

“Everyone wants a part of her now,” says perpetually nitro-fueled research assistant Danielle Kempner, HS21, who has just applied for her first patent at age 20.

At the start, just three people asked to join her team at UD’s Science, Technology and Advanced Research Campus; today it’s 32 and climbing. Biomedical students, nutrition majors, electronic engineers—they are drawn here from across campus, willing to work for little credit or none, clamoring to join Hall’s mission: To give patients and caregivers alike new opportunities for closer-to-normal lives. They all seem to see in Hall what they came here hoping to find in themselves.

“I would have never thought I’d be where I’m at,” Kempner adds. Her teacher knows the feeling—not too long ago, Hall was a fashion grad student grasping for her direction, until she saw a presentation by Prof. Cole Galloway of UD’s ongoing work in giving disabled children the gift of mobility.

Hall wondered that day: What if the artsy fashionista inside her could create simple clothing with the power to help others? What if the stay-at-home caregiver Hall had once been—the wife who spent so many years by her husband’s side as cancer slowly took his life—what if she could devote her career to easing other caregivers’ burdens?

She could, and she would. Within a few short years of her master’s, and soon after earning her Ph.D. in biomechanics and movement science, Hall would tumble into one of those happy happenstances where energies and visions improbably align. When she mentioned the potential of a wearable technology lab to Kathy Matt, AS75, 78M, dean of the College of Health Sciences, she found to her surprise that Matt quickly agreed—and wanted Hall to head it up.

Even now, she aspires: To develop a major called “Health Design,” which would be made up of course work in healthcare, clothing design and creation, as well as community research. It suits Hall’s mantra: Figure out what people want and need. Then create things that can be scaled up to reach even more.

It doesn’t seem to have fully settled in for Hall, even after the calls from big-name retailers and the flickers of campus celebrity that seem to shadow her pursuits. But to her students, and to the patients who eagerly await her creations, it all seems to be so fantastically right, and such an obvious step for a university seeking big strides.

“Everything that happens here is so exciting,” says undergrad researcher Vicki Silverman, AS21. “You realize that everything that’s being done here is going to change someone’s life.”

A World of Wonder: Inside Martha Hall's Lab 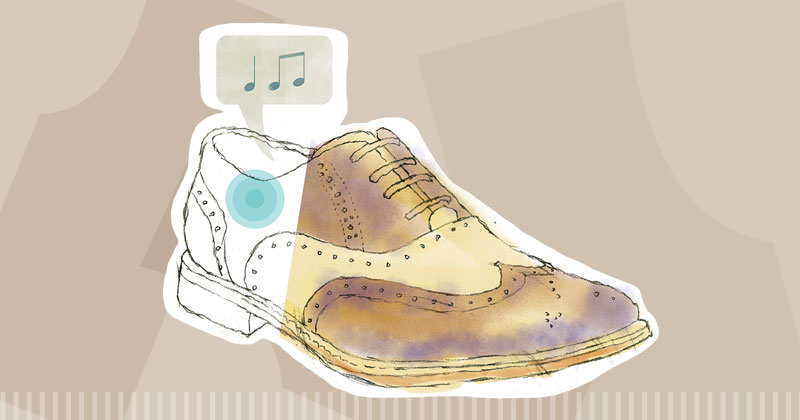 Happy Feet: An exuberant-but-lonely 9-year-old boy with cerebral palsy inspired these shoes. “He said, ‘What if I had shoes that could light up and play songs,’” Hall recalls. “’Then kids would play with me because I have cool shoes.’” Illustration by Jeffrey C. Chase 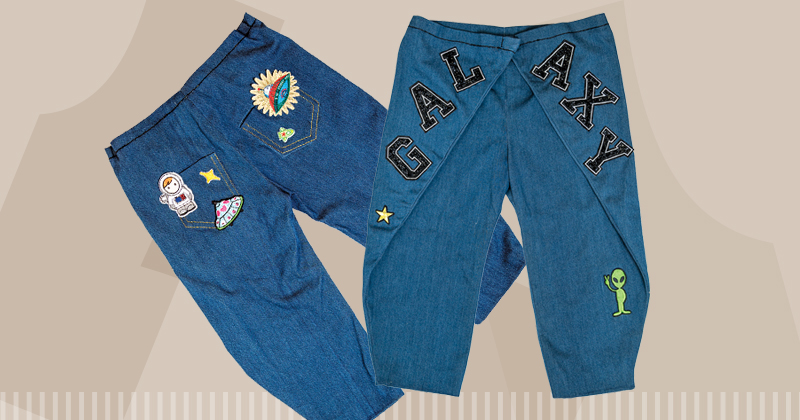 Jeans 2.0: Hoping to give a new sense of independence to Down syndrome patients who have difficulty using zippers and buttons, Hall’s lab created special blue jeans that feature easy-to-use magnetic fasteners. 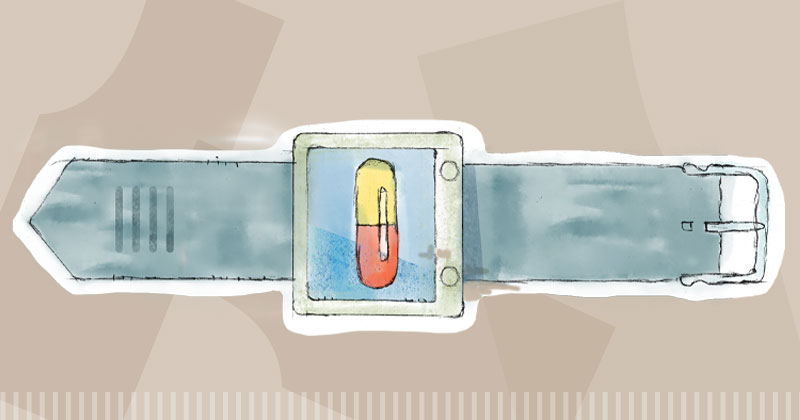 Cueminder: This wearable learning device—similar to a smartwatch—would be programmed to improve the lives of Alzheimer’s and dementia patients by reminding them to perform everyday duties, such as using the bathroom, drinking water, taking medications and exercising.Illustration by Jeffrey C. Chase 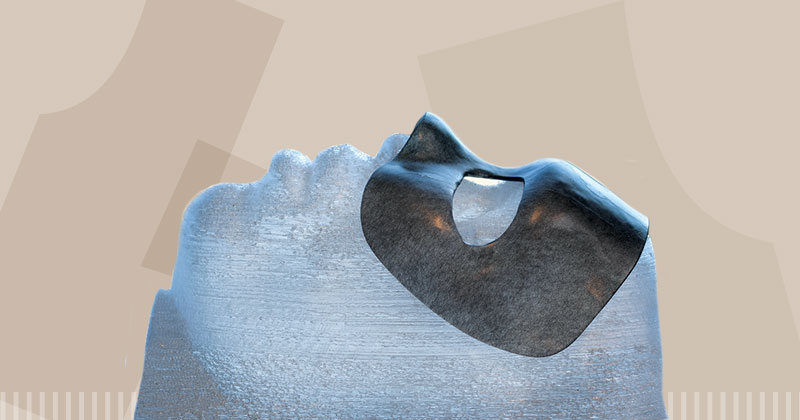 Joel Embiid's Mask: When local prosthetics and orthotics expert John Horne needed help designing a user-friendly protective facemask for NBA star Joel Embiid, he asked for Hall’s advice on colors and design, relying on her fashion experience, then used a 3D-printed scan of the player’s head to ensure an exact fit. Now aided by their own high-tech scanner that measures exact body dimensions, Hall and her students are making similar custom-fitted wearables for other athletes, as well as people with disabilities. 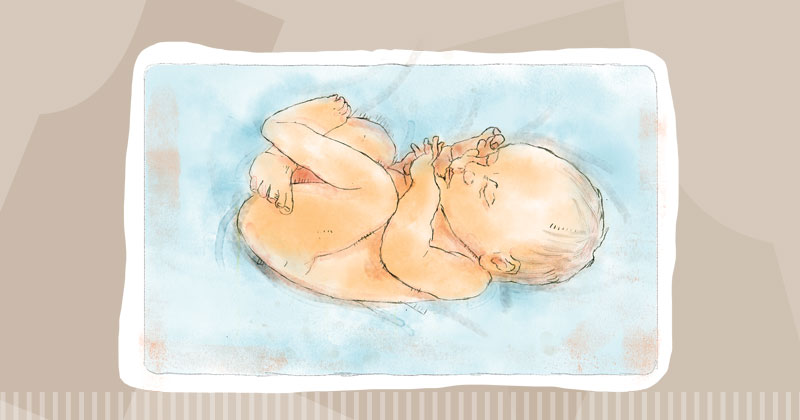 NICU device:  Premature babies left isolated for weeks in a neonatal intensive care unit would be able to feel a little more connected to a living, moving human with this device, which swaddles the baby close to a soft, human-like device that “breathes” and has a simulated heartbeat. Simulated heartbeat to match the heartbeat of the mother Incubator surface maintains body temperature to match that of the mother. Interior of NICU device is formed to match torso of mother, and shape and texture of device is intended to mimic human skin. Illustration by Jeffrey C. Chase 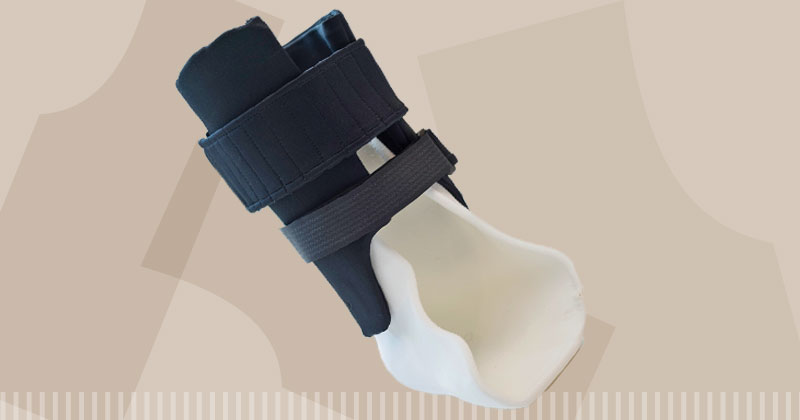 Ankle-foot orthosis (AFO): Designed to aid in athletes’ recovery from high ankle sprains, this device can be custom-fitted to each client using the lab’s 3D body-measurement scanner, and produced on the 3D printer. Designed in collaboration with Biomedical Engineering student Kiki Bink, the brace is the first of its kind specifically designed for high-ankle injuries, and is already being tested on Blue Hen football players in collaboration with Head Athletic Trainer Brandon DeSantis and Mechanical Engineering Ph.D. student Kaleb Burch. 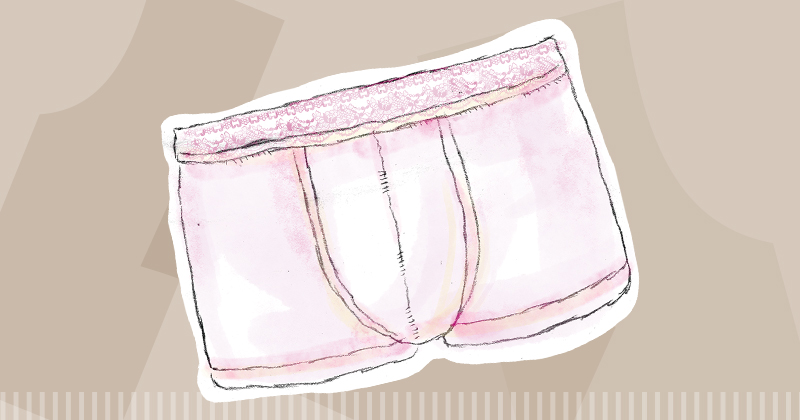 Transgender underwear: Inspired by a conversation Hall had with the Calvin Klein company, students are interviewing members of the transgender community to pinpoint their unique needs in undergarments, with the aim of designing an entire collection. The initial focus is on people trying to transition to a female gender identity, who need prosthetic enhancement in some body areas, and some “tucking in” in others.Illustration by Jeffrey C. Chase