Jessica Warren, associate professor of geological sciences at UD, talks with kids about what's on the seafloor and the challenges involved in bringing objects to the surface.

On a desk in her office, Jessica Warren has a 14-year-old shrunken Styrofoam mannequin head and a rectangular wooden box filled with shrunken Styrofoam coffee cups—examples of what the immense water pressure found on the ocean floor can do to everyday objects.

“We basically just tie this Styrofoam stuff to the outside of equipment that is going down. You don’t want it to interfere with any wire or anything but often you can tuck it in somewhere,” said Warren, associate professor in the Department of Geological Sciences in the University of Delaware’s College of Earth, Ocean and Environment. “To shrink Styrofoam coffee cups, you get some women’s pantyhose and you stack them in and tie them on the wire where they won’t get tangled up in anything else.”

Warren uses the shrunken Styrofoam, along with samples of mud, crystals and lava rocks from the bottom of the ocean, to help engage interested members of the public with her research. 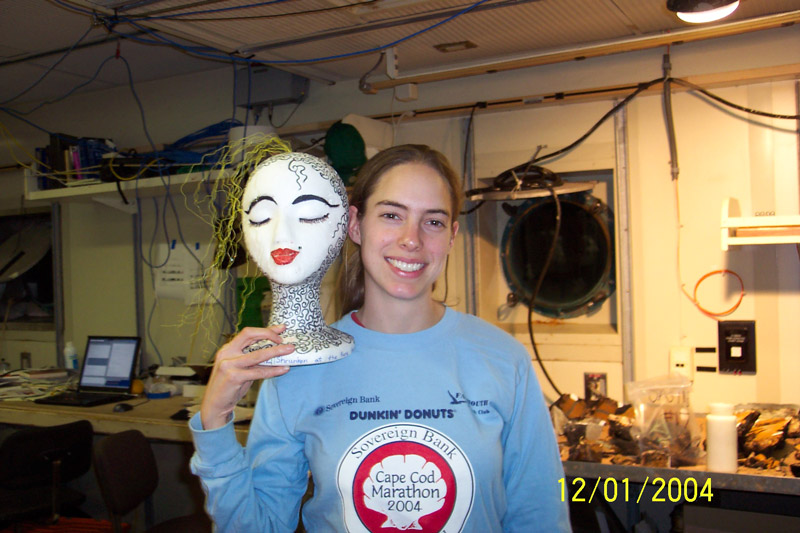 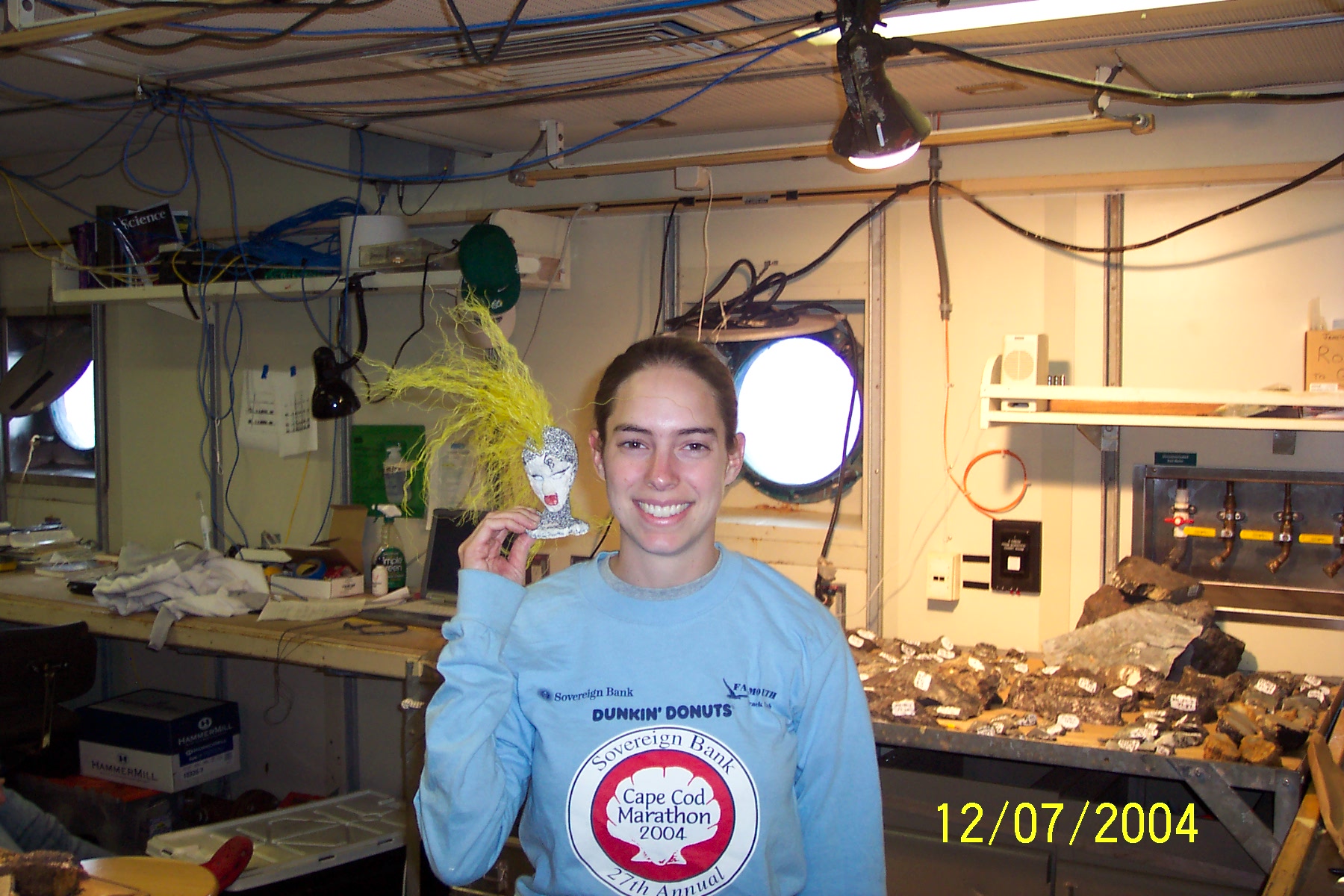 ... after, here, when returned to the surface. Photos courtesy of Jessica Warren.

Her hope is that people walk away with an appreciation for the complexities that go into studying objects on the seafloor.

At UD, Warren’s lab looks primarily at a type of rock known as peridotite, which is the main rock in the Earth’s mantle.

Warren and her lab look at these rocks both on the seafloor, taking out ships to locations in the ocean where plates are coming apart at mid-ocean ridges, and also on land, looking at places in the West Coast of the United States where the Earth’s plates collide and, in the process, push up slices of the crust and the underlying mantle.

“During those plate collisions, the crust and the underlying stuff is pushed up and they’re forming the mountains. You need those collisional forces to push stuff up that’s coming from 30, 40 or 60 kilometers deep,” said Warren.

Her interest in geology began as an undergraduate student at the University of Cambridge, where she started out as a chemistry major and then found a love of field work during her first geology class.

“I started off doing a lot of geochemistry, applying how to understand chemical concepts to understanding that in rocks. We use some of these rocks to look at radiogenic isotopes--isotopes of some elements which undergo radioactive decay to the isotope of a different element—and figure out how old they are. Then I kind of segued into looking at how rocks deform, how they flow deep into the Earth. Some of what we’re doing is looking at fault zones in rocks and at the record of all that seismic activity that you see recorded in the rocks themselves,” said Warren.

Warren’s lab group only spends a few weeks out of the year in the field collecting samples. The rest of their work occurs in the lab using a bunch of different instruments to examine the rocks in detail.

“One thing we do with the rocks is make high resolution maps using the scanning electron microscope in UD’s W. M. Keck Center for Advanced Microscopy and Microanalysis (Keck CAMM) facility. Recently, we’ve used this to find unusual minerals in our rocks, which tell us how they reacted with water during formation of hydrothermal vents at the seafloor,” said Warren. “You can learn things about tectonic processes by looking at things at the microscopic scale and smaller.”

All of Warren’s shrunken Styrofoam objects, as well as lava rocks from the bottom of the ocean and information about underwater volcanoes, will be on display as part of Warren’s “Ocean Rocks!” presentation at Coast Day, taking place from 11 a.m.-5 p.m., Sunday, Oct. 7, at UD’s Hugh R. Sharp Campus in Lewes.

The “Ocean Rocks!” presentation will be similar to one that Warren gave earlier this year to kids ranging in age from kindergarten to 12th grade and adults at the Smithsonian National Museum of Natural History, and she said that the main goal is to show what’s on the seafloor and the challenges involved in bringing objects from the seafloor to the surface.

Both of the Ocean Rocks! presentations were funded by grants provided by the National Science Foundation.

Coast Day, which falls on Sunday, Oct. 7, this year, is held at the University of Delaware’s Hugh R. Sharp Campus on Pilottown Road in Lewes. This annual event is hosted by the College of Earth, Ocean and Environment, in conjunction with Delaware Sea Grant. It showcases how UD’s scientists, staff and students are improving our understanding of ocean environments and serving coastal communities. Attendees will have the opportunity to interact with researchers, tour ships, try hands-on activities and attend presentations on a range of topics.

Family-friendly activities will include an event-wide treasure hunt for answers to questions about the environment and a number of Coast Day exhibits. Children can meet sea-dwelling animals such as horseshoe crabs and dogfish sharks at the critter touch tanks. Everyone can enjoy live music, vendor displays and seafood favorites showcased by local chefs at the Crab Cake Cook-Off and the Seafood Chowder Challenge. More information, including a schedule, is available at www.decoastday.org.