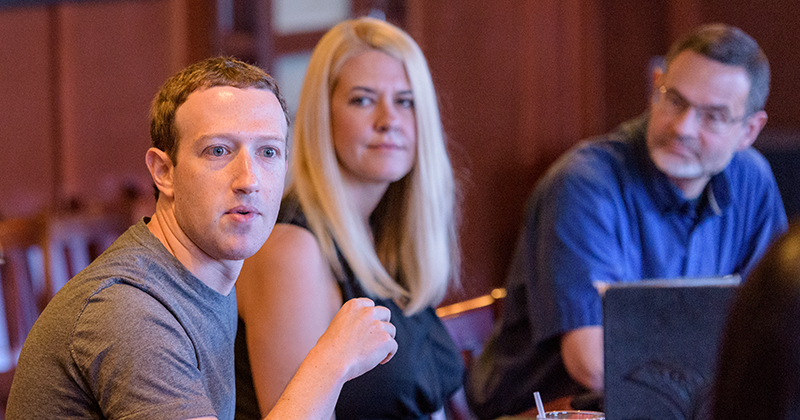 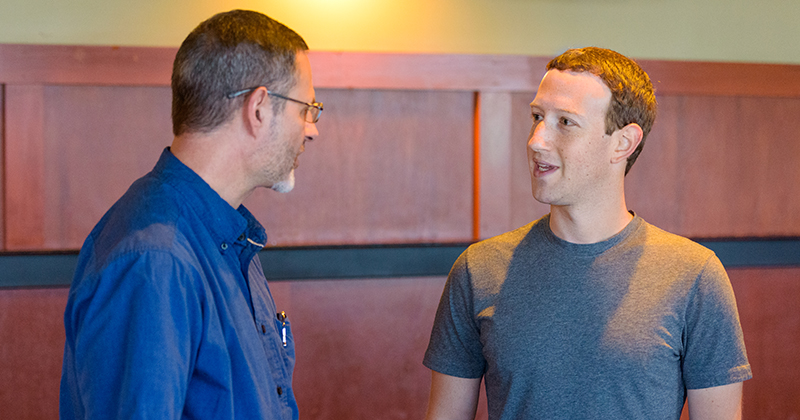 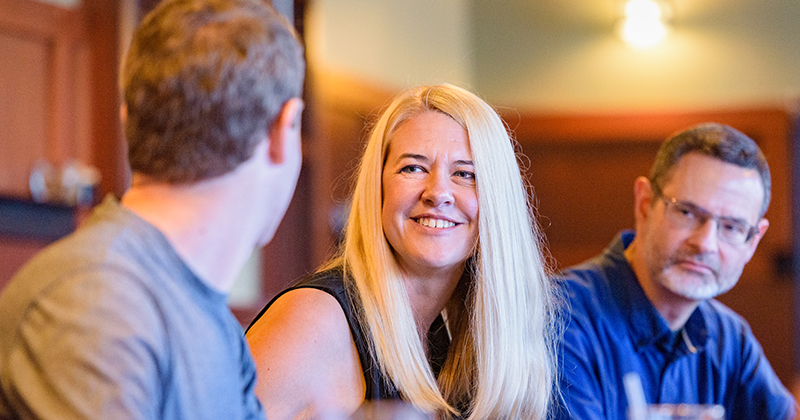 Tricia Wachtendorf and James Kendra were recently spotlighted on UD's Facebook page via Facebook Live as they discussed Hurricane Harvey and Hurricane Irma. 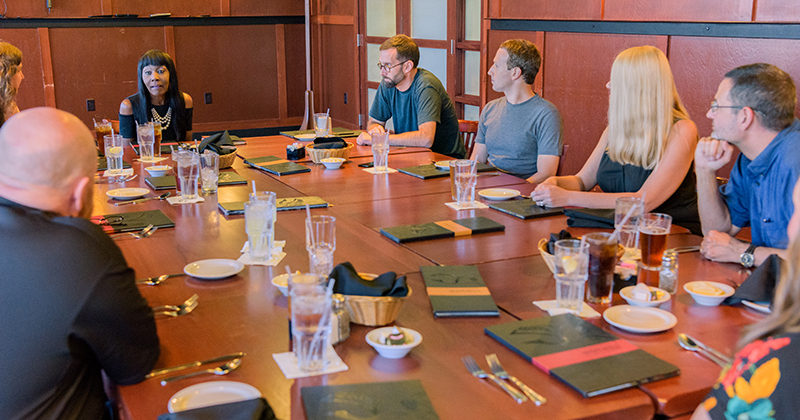 Experts from the Disaster Research Center and civic leaders gather in Wilmington with Mark Zuckerberg to discuss community experiences in crisis response and resilience building.

Mark Zuckerberg’s personal challenge for 2017 is to travel to and meet with people in the 30 states he has yet to visit and Monday, Sept. 25, was the First State’s moment in the spotlight. Zuckerberg met with University of Delaware experts from the Disaster Research Center as well as other civic leaders to discuss community experiences in crisis response and resilience building.

Tricia Wachtendorf and James Kendra direct UD's Disaster Research Center, the oldest center in the world focused on the social science aspects of disaster. Wachtendorf and Kendra were recently spotlighted on UD’s Facebook page via Facebook Live as they shared their expertise in the wake of Hurricane Harvey and in advance of Hurricane Irma.

It was this Facebook Live broadcast and the DRC’s long-standing work in advancing the research on disasters that captured the attention of Zuckerberg and his team where they asked the DRC to put together a group to meet and have an informal discussion at the Iron Hill Brewery and Restaurant in Wilmington.

"We were so excited that we were able to pull together this insightful group,” Wachtendorf said.  “DRC researchers are working closely with the community partners around the table, not only to advance disaster science, but to try to make a difference in people’s lives. I think the conversations we had today reflected those partnerships, and the pressing issue around community disaster impacts."

Zuckerberg noted that when disaster happens, so many people want to get involved and help out. He asked the group to think about innovative things that could be done to harness that demand to try to get others involved.

Kendra is one of several DRC researchers who worked closely with Johns Hopkins University on a model for understanding how the way that communities function pre-disaster, combined with post-disaster social capital and resources, work to determine the recovery trajectory for disaster-impacted communities.

"Community members — regular people — have to be able to mobilize to learn about the hazards where they live and to make a case for their own wellbeing,” Kendra said. “Partnerships of researchers and community members can be strong alliances in identifying hazards and developing strategies to lessen them."

Disaster Science and Management UD graduate student Valerie Marlowe has been working on the community wellbeing project with Johns Hopkins, and also recently returned from a research reconnaissance trip to Houston, her hometown. There she saw first hand some of the issues facing communities, such as shelter management and the role of libraries after a disaster. Marlowe’s family members had been evacuated after Hurricane Harvey.

“It was pretty stressful to watch it unfold on Facebook,” Marlowe said. “But everyone from my family is now safe. During the crisis we used Facebook the way we always have — staying in touch through Facebook Messenger, posts and check-ins.”

UD alumnus Mike Kiley-Zufelt was a research assistant with the DRC before joining the American Red Cross Eastern Pennsylvania Region and weighed in with expertise he gathered from his own recent deployment to help communities impacted by Hurricane Harvey.

DRC faculty member Victor Perez focused on social solidarity and the importance of building and maintaining solid community connections and how that foundation plays a role in a post-disaster world. Perez, an environmental sociologist, has been working for several years with community members in the Southbridge area of Wilmington.

He's examined some of the chronic flooding threats Southbridge residents contend with and has conducted surveys there on residents’ perceptions of the risks of climate change and sea level rise. Through his work, he met Marie Reed, president of the Southbridge Civic Association, who grew up in the neighborhood and also attended the lunch with Zuckerberg. Reed has worked tirelessly on trying to address the hazards that threaten her community.

Also in attendance was Michael Kalmbach from the Creative Vision Factory, a peer-run drop-in art space funded by the state’s Division of Substance Abuse and Mental Health. A UD alumnus with a master of fine arts, Kalmbach is currently teaching a class for the Department of Art and Design. Kalmbach has been behind several recent art initiatives in Wilmington, such as adding mosaic walls at Stubbs Elementary School and Helen Chambers Park.

As Wachtendorf noted, "Contending with disasters demands bringing together public officials, the private sector and community in crisis response. But it also involves improving the conditions people live routinely and the way organizations interact. All of the participants around the table demonstrate that need, including the Creative Vision Factory that might not typically see itself as building disaster resilience, but is doing just that."

Also joining the chat was Janet Zeis, volunteer management coordinator at the Chester County Department of Emergency Services. This summer, Zeis, and the Resilient Chester County initiative she works with, met with DRC directors Wachtendorf and Kendra regarding ways they could collaborate.

As Wachtendorf noted, "Be it presentations to a fifth grade science class or at the American Red Cross, be it a discussion at the local Medical Reserve Corps, a community group in a disaster impacted area, or with the CEO of Facebook, our hope is to share the wealth of knowledge we know in this field, open doors for community conversations, all in the hope make significant advances for real change."

On Sept. 14, Facebook announced that it was bringing all of its crisis response tools  — Safety Check, Community Help and Fundraisers — into a new place called Crisis Response. Users are able to see more information from places where Safety Check has been activated, along with relevant articles, photos and videos from the community.

As the hour and a half lunch discussion came to a close, Zuckerberg challenged the group to think about what needs to happen in their work in 10 to 15 years to improve things, which sparked the most lively discussion of the afternoon.

“This has been a great opportunity,” Zuckerberg said at the end of the lunch. “Some of the research you are doing has given me a bunch of ideas to push this forward.”