Seen here at a Peace Camp in Turkey, a Syrian mother is determined to create a peaceful world for her daughter.

During a Building Leaders 4 Peace Peace Camp in July 2017, Martha, a woman from the war-torn country of Colombia offered these words, “Peace is a process, and it is not going to be easy, but it is possible.”

This sentiment is what drove University of Delaware alumna Kendra DeMicco to establish BL4P in 2016, a young adult leadership development initiative, hoping to inspire a future of peace in war-torn areas around the world.

In 2017, DeMicco and her team held three Peace Camps--in Turkey, Iraq and Colombia, South America-- bringing together more than 150 young people raised with opposing ideologies, but committed to building a better society. 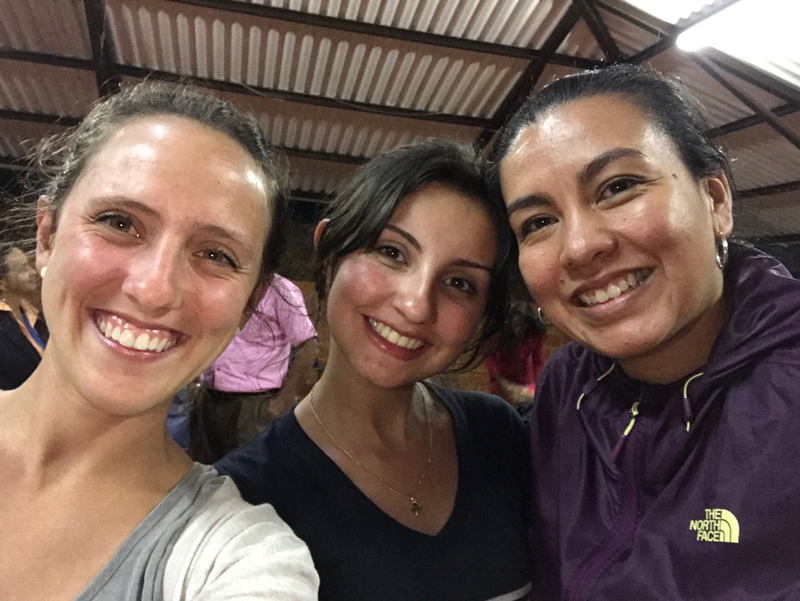 “Our goal is to create a neutral space of peace, where participants feel safe to cultivate authentic friendships, learn and share stories and experiences, and collaboratively build a future of peace across cultural, lingual, ideological, and religious lines,” said DeMicco.

What is a Peace Camp?

BL4P participants engage in a week of building friendship, learning from each other, and working for a future of peace. Attendees are strategically placed into "teams" that intermingle all nations present, where they engage in discussions, challenges, activities and creative projects together.

The first few days are spent learning about values such as collaboration and conflict transformation.

“We facilitate a space for open dialogue and natural, relational connections to develop between participants,” DeMicco said. 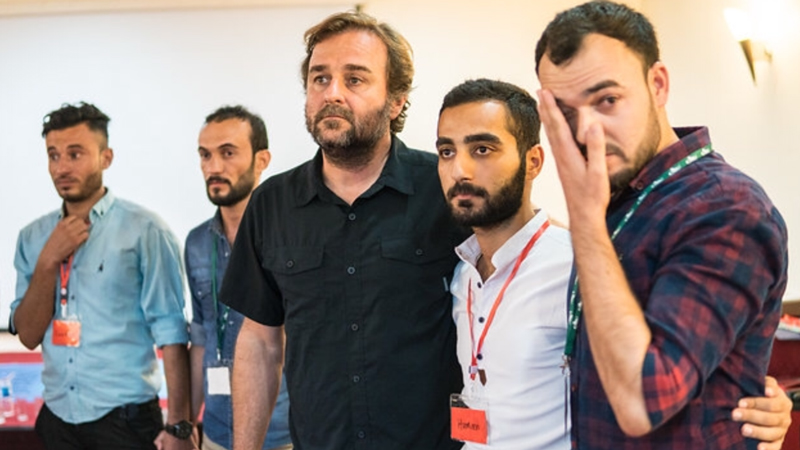 The fourth day is devoted to the idea of forgiveness, how it relates to the process of reconciliation, and the ways in which it can be applied to peace leadership.

Zebari, a Muslim Kurd, joined BL4P for the week-long camp in Iraq, along with 30 other Yazidis and Kurds—the majority of whom are currently living in refugee camps. Zebari shared his story of forgiveness with a crowd of Egyptian and Kurdish Pastors, Kurdish Muslims and BL4P volunteer workers.

“ISIS is responsible for the death of five of my family members. There was an attack in Mosul and my cousin and my uncle both died in this attack. My father and I were shot as well, but we survived… obviously,” Zebari said with a shaky laugh, according to DeMicco.

Then, gathering strength, DeMicco said he continued. “I do not want to carry the heaviness, I want to release the bitterness and the hate and live in peace. We should forgive them.”

DeMicco has found it both humbling and inspiring to hear about the compassion and courage of people affected by a long, devastating conflict, as they work to carry the process of peace in their own unique ways.

“This forgiveness session always incites the most powerful moments of transformation,” said DeMicco.

The last two days of camp are spent in service to the community, to foster a collaborative spirit. Participants return to their local communities and inspire peace through acts of love and service at a grassroots level. They have banded together to form local chapters, visiting orphanages, hospitals, and schools, hoping to break down cultural tensions and encourage reconciliation amongst their people.

In Turkey, Peace Campers worked with Kids’ Paradise to create a program with games, activities, and art therapy for roughly 250 Syrian children. In Iraq, they performed a day of service at the Grace Community Center with Samaritan's Purse, working with 350 children from the surrounding refugee camps.

Since the camps ended this summer, attendees established seven local chapters in cities around Turkey and two chapters in refugee camps in Northern Iraq, inviting others to join their efforts.

So, how does a person go from getting a master’s degree in teaching from UD to becoming an agent of change in some of the most dangerous countries in the world?

“My time at UD prepared me to be a teacher; building lessons, creating curriculum, managing a group of people and forming meaningful, professional relationships with students- all of this has contributed significantly to what I have to offer BL4P,” said DeMicco.

Upon graduation, DeMicco obtained a teaching position in Colorado. She wanted to provide her students a global perspective, so she co-sponsored a course called Project Justice to raise awareness about Syrian refugees. They raised $5,000 for classroom supplies, and in 2015, DeMicco traveled to Turkey where she worked alongside volunteers dedicated to providing stability and education for Syrian children. 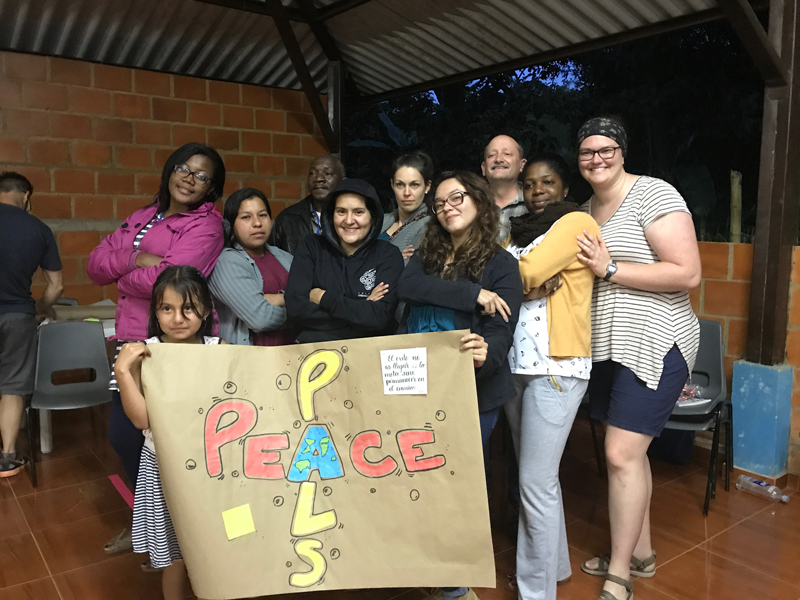 “Working with refugees had a monumental impact on me. In discussions with two friends, one who was living in Turkey at the time and another who had lived there in the past, we decided to establish BL4P.” said DeMicco. “My school has been extremely supportive and has given me a year sabbatical to pursue this path.”

Despite the obvious perils of this work, DeMicco has the support of her family, including her father, Fred DeMicco, UD professor and ARAMARK Chair in the department of Hospitality Business Management.

“These areas of the world are pretty intense and we don't take that lightly,” said DeMicco.

development as peace leaders. Partner organizations who are integrated with the local community recruit and vet participants for the camps.

“I met a Colombian pastor who is helping his village obtain resources to grow food, giving farmers the opportunity to stop growing illicit crops,” said DeMicco. “And one woman is dedicated to offering rehabilitation and therapy for ex-guerilla fighters. Now, we are looking to equip and train organizations in other regions to facilitate their own BL4P Peace Camp—potentially in Berlin and Gaza.”

To learn more about BL4P or to help fund this initiative, visit the BL4P website or Facebook page.