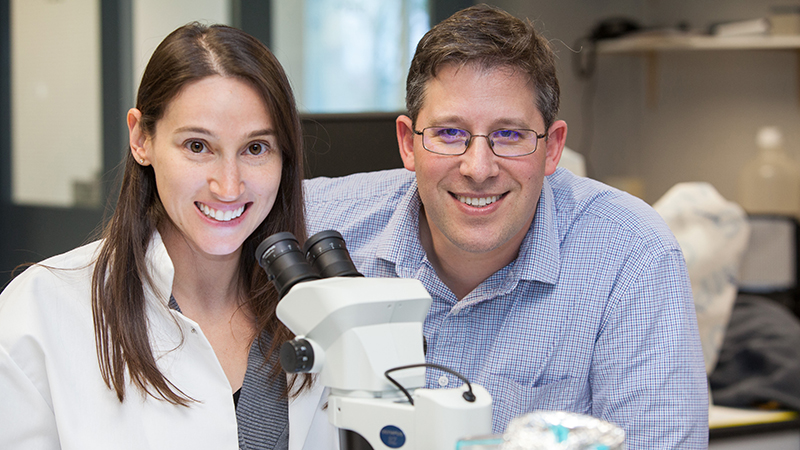 Master's student Julie Steinberg and Prof. Jonathan Cohen are investigating the distribution and concentration of microplastics in the Delaware Bay. 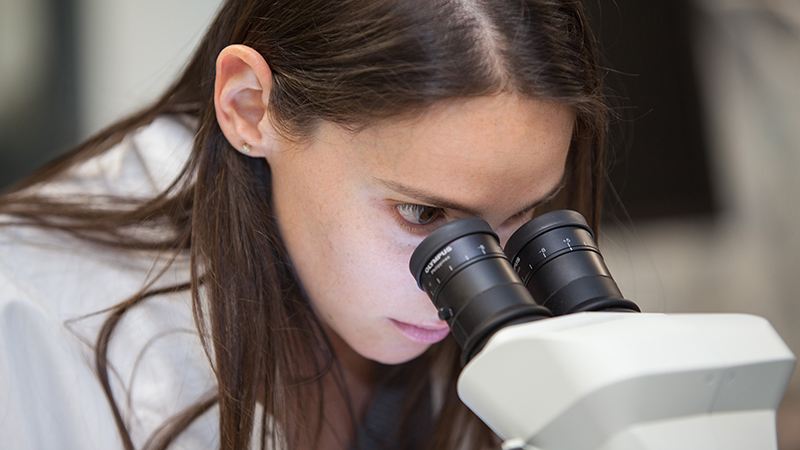 Microplastics — small pieces of plastic less than five millimeters long — are an emerging marine pollution issue with implications for the health of the ocean and aquatic species.

Through funding from Delaware Sea Grant (DESG), University of Delaware master’s student Julie Steinberg has been working with DESG-funded scientist Jonathan Cohen, assistant professor in the School of Marine Science and Policy, to understand the distribution and concentration of microplastics in the Delaware Bay.

The researchers collected water samples from August to December 2016 at five pre-selected stations along the Delaware Bay off Cherry Island Landfill in Wilmington, Delaware; Bombay Hook, Bowers and Broadkill beaches in central and southern Delaware; and in Cape May, New Jersey.

Steinberg used a density separator to extract the microplastics from the water samples, then analyzed the materials under a microscope.

“As you work, you remove a lot of different fibers and tiny plastics, most are invisible to the naked eye,” she said.

Study results will inform project partners at the Delaware Department of Natural Resources and Environmental Control (DNREC) who are developing a strategy to investigate the extent and implications of microplastics in the Delaware Bay, as well as state water quality regulators concerned about the potential impact for fisheries, including oysters.

“The impacts on human health are not fully studied or known,” Steinberg said.

There are environmental consequences too. Animals can ingest or become entangled in larger scale macroplastics. Plastic particles that are not ingested can degrade as they weather, potentially releasing toxic chemicals into the marine environment. They also can concentrate contaminants such as organic pollutants and metals, and serve as vectors for these contaminants throughout the food web.

Of particular concern are microbeads, miniscule particles from 5 micrometers (less than the width of a human hair) to 1 millimeter in size. This summer, the scientists will conduct a bay-wide survey and create a standard protocol for the sampling and identification of microplastics (50 µm – 5mm) in water and beach sediments.

Steinberg specifically is interested in understanding the role of policy in marine debris management in places where waterways are a shared resource between states like the Delaware Bay, which is shared among Delaware, Pennsylvania and New Jersey.