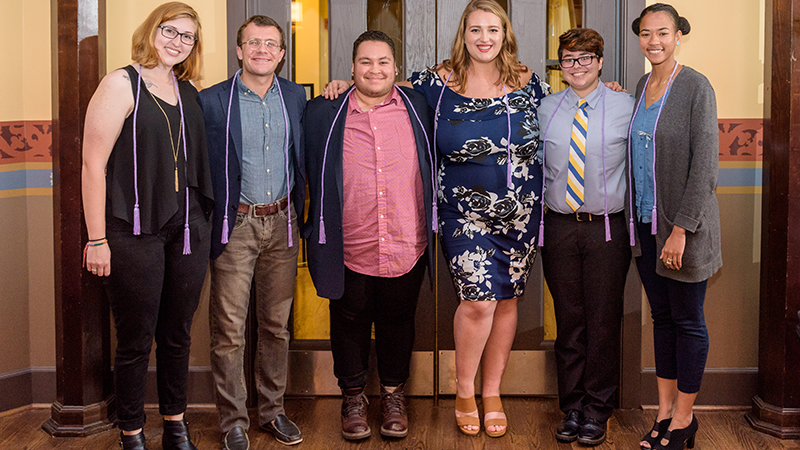 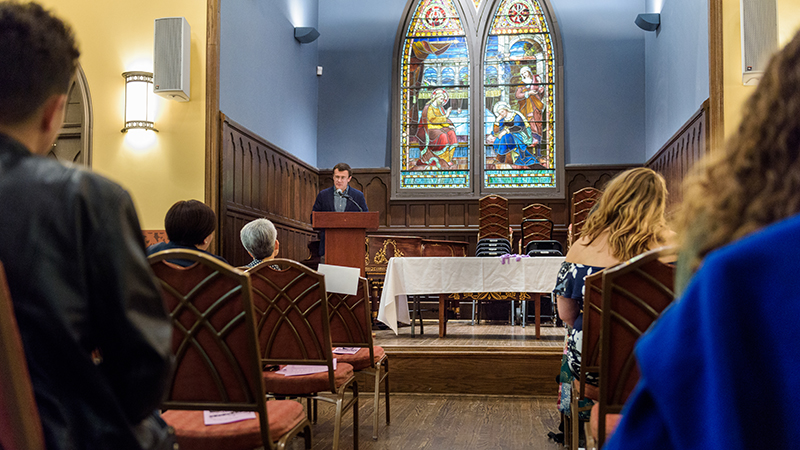 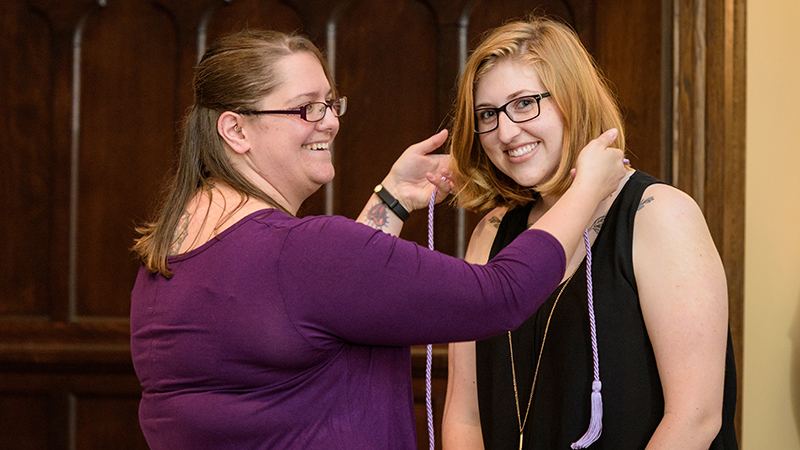 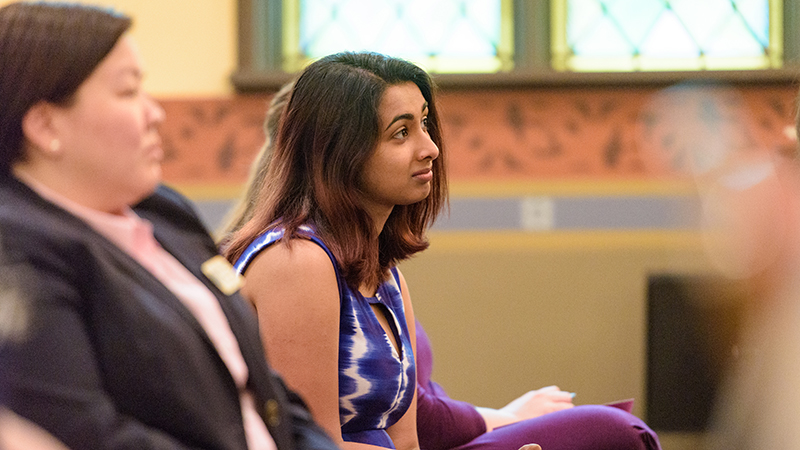 Attendees look on as cords are presented. 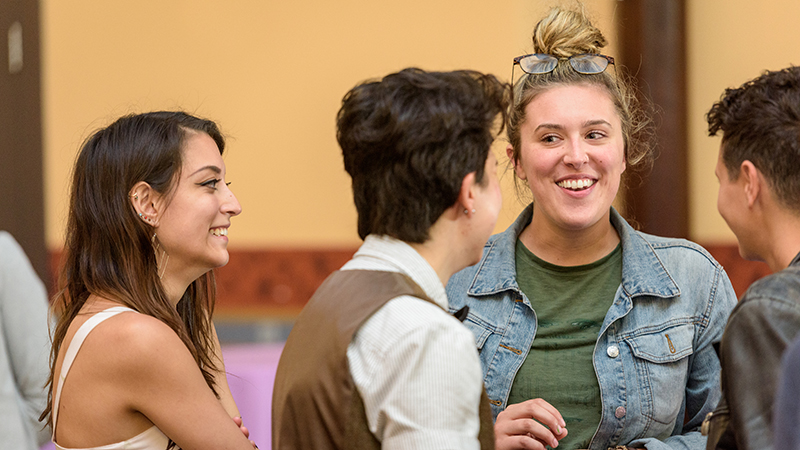 Guests at the inaugural Lavender Graduation celebration include alumni, staff, family and friends.

Article by Casey Impagliazzo Photos by Evan Krape May 25, 2017

The University of Delaware’s inaugural Lavender Graduation ceremony was held May 6 in Daugherty Hall of the Trabant University Center.

“Unlike many of your peers, you leave footprints behind for others to follow by the trail you have blazed,” said Thompson. “As inaugural lavender graduates, you may be the first to revel in such an affirmation; however, because of your leadership, you will not be the last.”

Six seniors received graduation cords and certificates during the ceremony, which was planned by Rebekah Harless-Balmer, the Division of Student Life’s LGBT coordinator.

• Matthew Scott (he/his), mathematical sciences major and founding president of Out in Science, Technology, Engineering and Mathematics (oSTEM@UD); and

“The Lavender Reception, a welcoming reception for LGBTQ students at the beginning of the year, was a date I had marked on my calendar for weeks leading up to my first year at the University of Delaware,” Scott said. “I walked into the lounge of Trabant University Center the day of the event with excitement, but the majority of my emotion was just pure anxiety…. I had just come out a few months before and was still in the process of coming out to my friends and family.”

Scott’s remarks reflected upon formative time spent with Haven, crediting the group for a welcoming community as well as professional skills that enabled him to gain a position with the University of Pennsylvania studying HIV stigma. “Studies have shown a workplace that allows you to be your genuine self will produce workers who are more social, productive and efficient,” he said, encouraging graduates to carefully consider the environments in which they seek employment. “Know you have a network of accepting individuals here at the University of Delaware who are always here to support you.”

Jay Alston reminded the crowd that superheroes come in all shapes and sizes, and that anyone can use their gifts to help fix the problems they see around them in the world. Alston credited Scott for demonstrating that all individuals, and particularly LGBTQ+ students, have intersectional identities and needs. After holding various positions in Haven throughout his life at UD, Alston founded the RSO speQtrum for queer and trans UD students of color earlier this year.

“I can’t describe to you the feeling of looking in every room and around every corner and seeing nobody that looks like you…. It is isolating and stark and lonely,” Alston said, reflecting upon prior experiences as well as the progress that he witnessed around LGBTQ+ advocacy and sense of community during his time on campus. “Game-changers, earth-shakers and day-savers alike, all of us are moving on to do great things. The road to get here has not been a smooth one but the fact that we are all here, together, makes us all heroes and that is worthy of celebration.”

The Lavender Reception to welcome incoming UD students who identify within the LGBTQ+ community will be held from 4-6 p.m., Monday, Aug. 28, in West Lounge at Perkins Student Center. All members of the University of Delaware community who identify as members or supporters of the LGBTQ+ campus communities are invited to attend. The annual Twilight Induction Ceremony for all incoming students will follow at 6:45 p.m. on the south side of The Green.

About the Division of Student Life