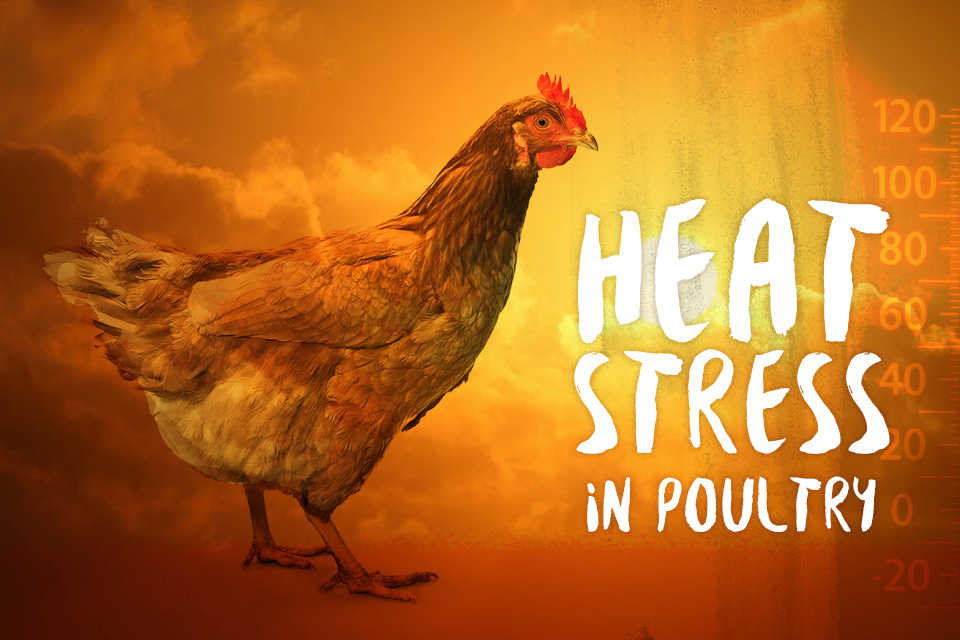 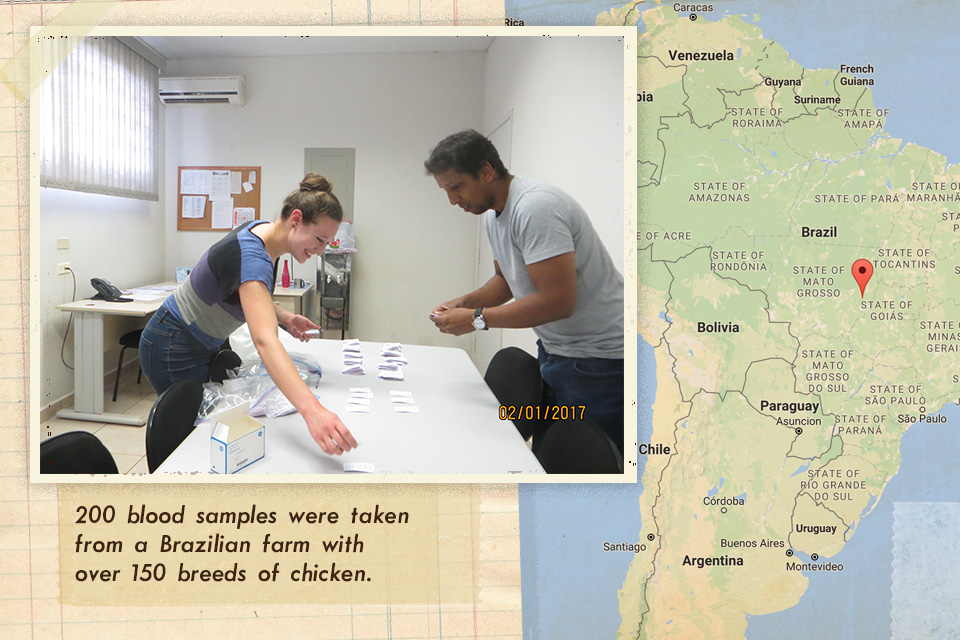 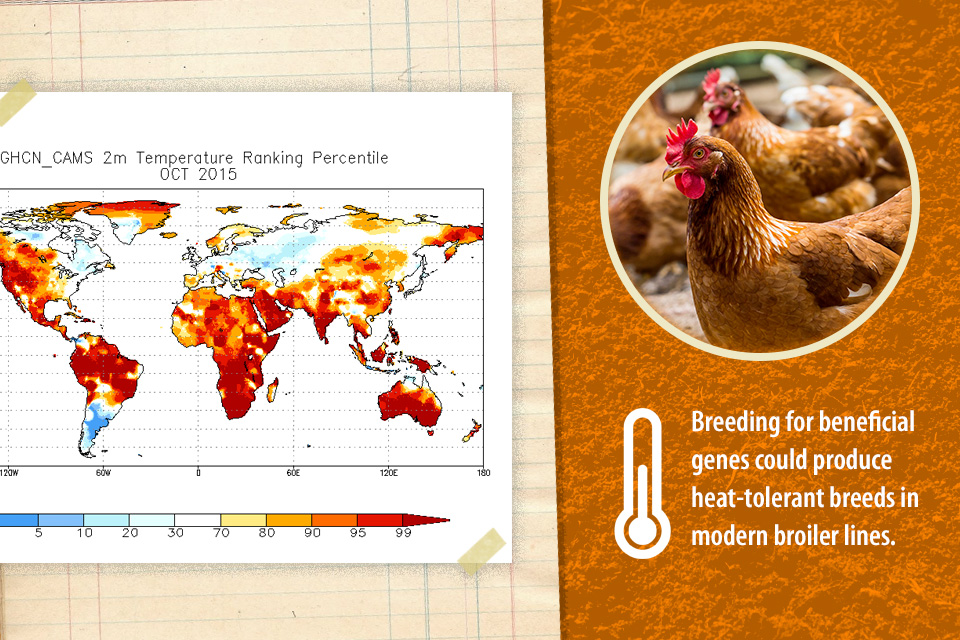 If the researchers can identify overlapping genes of birds that are heat tolerant in Africa and South America, they might be able to potentially breed beneficial genes into the modern broiler line in the face of heat waves. 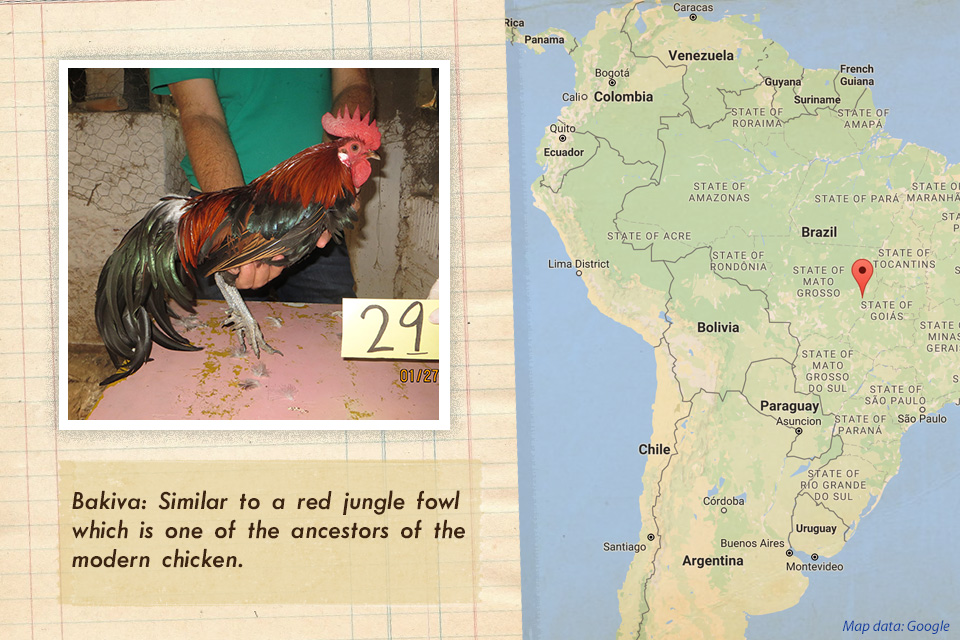 The farm at which Salviato worked had 150 different breeds of chicken and the researchers took 200 blood samples from a variety of different breeds, such as ones known as Brazilian Musicians because of how much they sing. 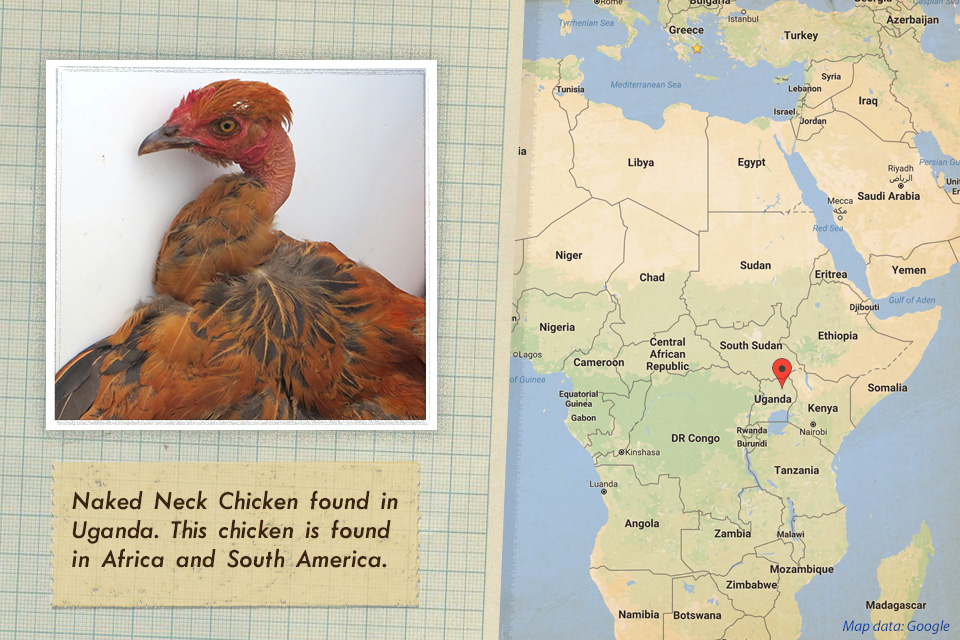 In Uganda in 2013, the group gathered more than 100 samples of African chicken DNA from “back yard flocks” of chickens from three cities from different regions of the country: Buwama, Wobulenzi and Kamuli. 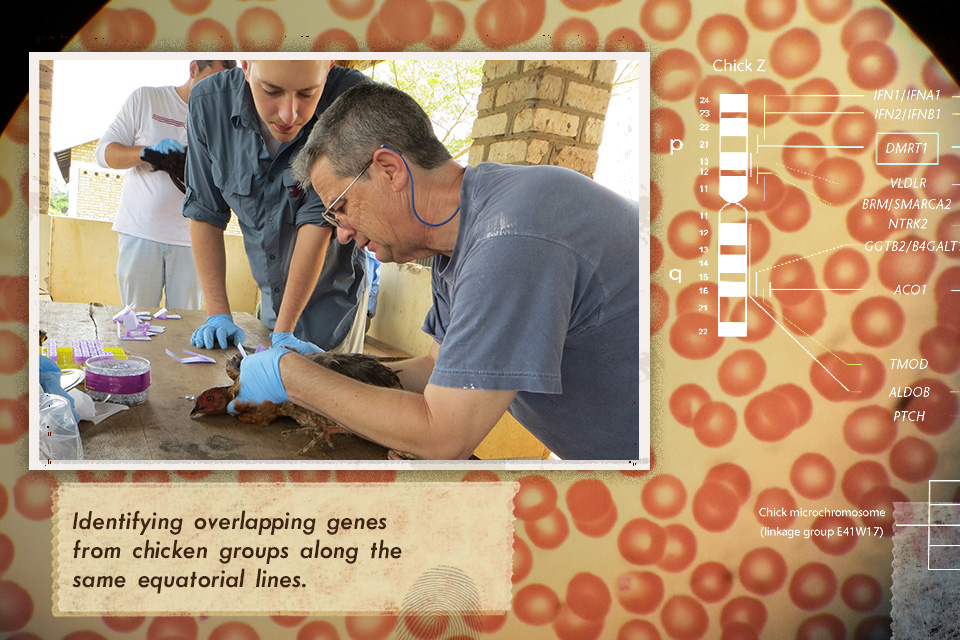 Carl Schmidt will work at the Delaware Biotechnology Institute to handle the sequencing of the genome and the bioinformatics.

Article by Adam Thomas Illustrations by Jeffrey Chase May 17, 2017

University of Delaware undergraduate student Blair Schneider spent time in Brazil earlier this year getting samples from chickens to help with research looking to see if there is something genetically that allows the Brazilian birds to better deal with heat stress than American broiler chickens.

The research is being led at UD by Carl Schmidt, professor and genome scientist in the Department of Animal and Food Sciences in the College of Agriculture and Natural Resources, and is part of a five-year, $4.7 million National Institute of Food and Agriculture (NIFA) climate change grant for a project titled “Adapting Chicken Production to Climate Change Through Breeding,” which includes Iowa State University and North Carolina State University, as well.

With the researchers having previously sampled birds in Tanzania, Uganda, Kenya and Rwanda, Schneider, a senior majoring in biological sciences in the College of Arts and Sciences, said that the group wanted to look at South American chickens along the same equatorial line to see if there were any similarities with their African counterparts.

“We took blood samples and we’re going to get the genome sequenced to see what genes overlap between the African birds and the South American birds. We would hypothesize these [overlapping genes] are due to heat and heat stress or heat acclimation,” said Schneider.

If the researchers can identify those overlapping genes, they might be able to potentially breed beneficial genes into the modern broiler line in the face of heat waves.

To collect their samples, the researchers were guided by Matheus Reis, a postdoc at Sao Paulo State University (UNESP) in Jaboticabal, Brazil, who also spent a year at UD. Reis helped the researchers collect samples and connected them with a local farmer named Mário Irineu Salviato.

The farm at which Salviato worked had 150 different breeds of chicken and the researchers took 200 blood samples from a variety of different breeds, such as ones known as Brazilian Musicians because of how much they sing.

In addition to collecting the samples, Schneider said that she enjoyed being able to experience the Brazilian culture.

“Even at the times when I wasn’t collecting, I felt like I was learning so much. We visited UNESP, as well, and I was able to give a presentation there and then some of the students there gave presentations, and so it was a nice sharing of projects and scientific discussion,” said Schneider.

Schneider said that she enjoys doing genetics work because she likes to understand how things work down to their most basic level.

“My mind is down to the gene level. That’s why I wanted to study genetics but when I entered this lab, Dr. Schmidt made me go through the entire process of collecting the samples as well as analyzing the data and so I have an immense appreciation for the entire process,” said Schneider. “Anyone could just take a tissue from a sample and extract it but you get a new appreciation collecting it yourself.”

Now a senior, Schneider is getting ready to go to graduate school and said that she is interested in the genetics behind the differentiation of stem cells.

“But I’m willing to change. I’m flexible. If I can find an interest in something, it’s very easy for me to become passionate about it,” said Schneider.