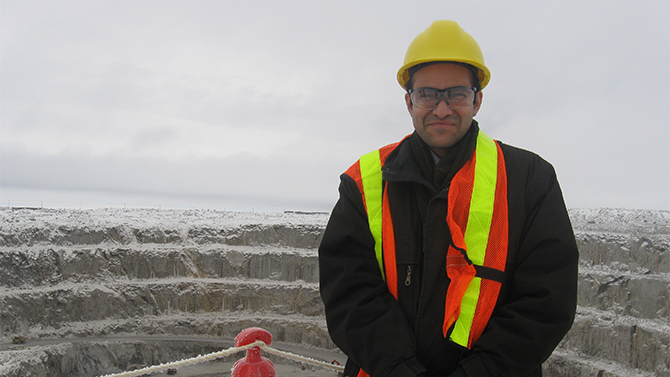 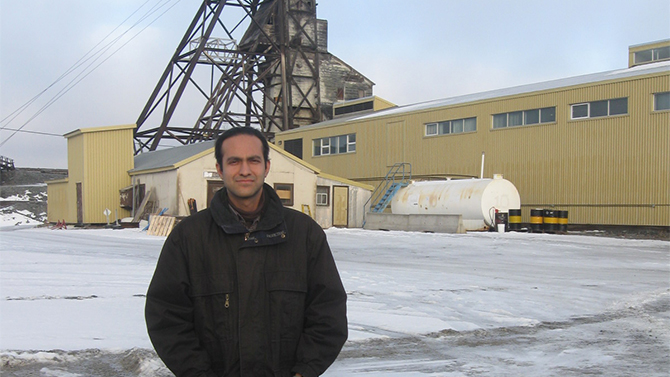 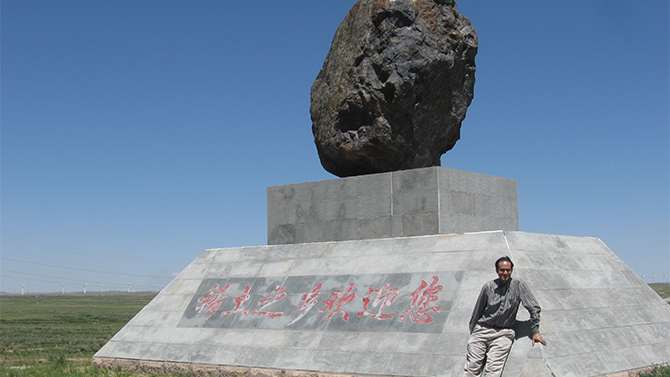 Specifically of concern are a range of technology minerals, which are an essential ingredient in everything from laptops and cell phones to hybrid or electric cars to solar panels and copper wiring for homes. However, base metals like copper are also a matter of immense concern.

The research team, which included experts from academic, government and industrial institutions across five continents, the U.S., Europe, South Africa, Australia and South America, reported their findings today in a peer-reviewed paper in Nature.

“There are treaties on climate change, biodiversity, migratory species and even waste management of organic chemicals, but there is no international mechanism to govern how mineral supply should be coordinated,” said Ali, the paper’s lead author and Blue and Gold Distinguished Professor of Energy and Environment at UD.

The researchers reviewed data and demand forecasts on the sustainability of global mineral supplies in coming decades. The study showed that mining exploration is not keeping up with future demand for minerals and recycling in and of itself would not be able to meet the demand either.

At the same time, transitioning to a low carbon society will require vast amounts of metals and minerals to manufacture clean technologies and the researchers say society is not equipped to meet the additional needs for these raw materials.

According to the research team, international coordination is needed on where to focus exploration investment efforts, what kind of minerals are likely to be found in different locations and hence, what kind of bilateral agreements are needed between various countries.

Global population numbers are expected to reach 8.5 billion by 2030, the target date for the United Nations sustainable development goals, meaning even more consumers in the marketplace.

The largest percentage of investment in a mineral for exploration is in gold, which although highly profitable, is largely used for jewelry.

Major commodity metals like iron ore, copper and gold (and other precious metals) are sold on a global market the way that oil is sold. Rare earth metals and other technology minerals, however, are sold through individual dealers and prices can vary remarkably.

For goods like clothing, cosmetics or electronics, price can easily trigger changes in supply. This is not possible with mineral supply, however, because the time horizon for developing a rare earth mineral deposit from exploration and discovery to mining is 10-15 years.

For instance, the last major deposit for copper was discovered in Mongolia 15 years ago and only began producing in fall 2016, creating huge supply challenges.

Added to this, only 10 percent of early exploration efforts actually lead to a minable deposit. Most discoveries are either not economically viable to mine or companies run into land use or zoning problems due to geopolitical challenges.

“Countries where minerals are likely to be found may have poor governance, making it higher risk for supply. But production from these countries will be needed to meet global demand. We need to be thinking about this,” Ali said.

Then there is the common consumer misconception that we can just use something else. For many mineral uses, there are no alternatives. There are few commercially viable replacement minerals for many applications of copper wiring, for example.

The same may be true for technology metals that could become essential in green technologies — like neodymium, terbium or iridium. These minerals are only needed in small quantities, but they are indispensable to making the technology work, meaning that while the scale seems small, the value is immense.

Environmental costs and materials recycling options need to be considered, too.

Metals and carbon fiber used in the manufacture of aircraft or automobiles are often thought to have less environmental impact because they are light, but Ali explained that the manufacturing of carbon fibers currently is highly petroleum based.

“Because they are lighter, people think they are somehow greener, but they aren’t and they are difficult, if not impossible, to recycle,” he said.

Ali and his colleagues hope that this paper is the first step toward an intergovernmental mechanism or other solution that can empower nations to plan for mineral scarcity as both the public and private sector are mineral dependent.

The research team contends that positive strides can be made quickly through expansion of developing organizations, such as the United Nation’s International Resource Panel or the Canadian-led Intergovernmental Panel on Mining Metals and Sustainable Development.

Longer term solutions will require greater transparency among nations, and could include global sharing of geological data and the creation of mechanisms to protect mineral deposit ‘finds’ much like we protect intellectual property.

“It’s about managing the flow of resources from the ground to product to consumer to recycling,” Ali said.

The hard truth, though, is that if nothing changes shrinking supply naturally will lead to rising prices. It also could lead to serious global challenges if essential resources that people have been so dependent on collapse.

Even nuclear power, often considered a universal cure for global energy woes, is not immune to mineral scarcity. In fact, all nuclear reactors today require uranium — a metal that must be mined — in order to function.

“People have been so concerned about climate change that it’s created a real movement around it. We don’t see this around resource use and recovery, even though it is much closer to us on a daily basis,” Ali said.

The article “Mineral Supply for Sustainable Development Requires Resource Governance” grew out of a collaborative workshop sponsored by UNESCO, The International Council of Science Unions (ICSU) and the International Union of Geological Sciences in 2015.

Saleem H. Ali, the paper’s lead author, joined UD as Blue and Gold Distinguished Professor of Energy and the Environment in September 2016. In this role, he has responsibilities in the College of Earth, Ocean, and Environment and in the College of Arts and Sciences. He is known for his work on environmental conflict resolution, particularly in the mineral sector and the extractive industries.

Collectively, the authors have wide-ranging expertise in geoscience, government, policy, industry, mining exploration and social science and hail from a variety of institutions including the University of Technology in Sydney, the U.S. Geological Survey, the University of Witwatersrand in Johannesburg, EuroGeo Surveys and the University of Grenoble.