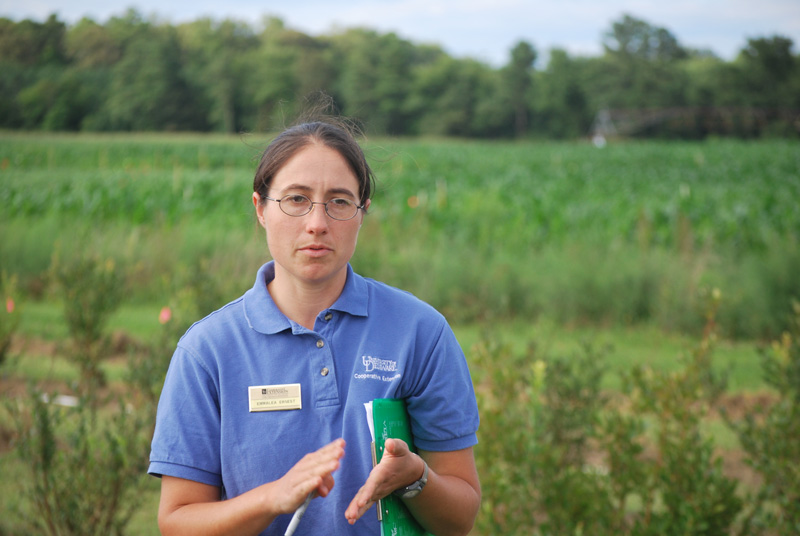 Emmalea Ernest, associate scientist in the Extension Vegetable and Fruit Program and in the College of Agriculture and Natural Resources Department of Plant and Soil Sciences 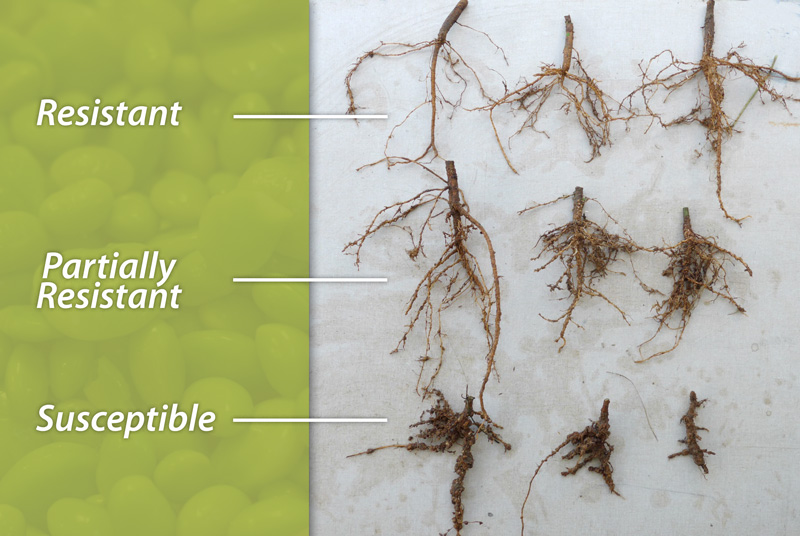 These samples demonstrate varying levels of resistance to the root knot nematode. 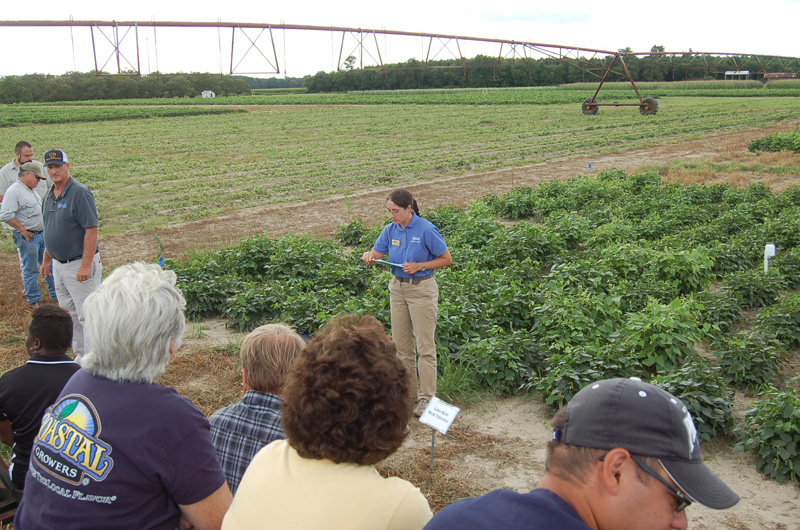 Ernest began the program in 2004 to develop new varieties of lima beans that possess disease resistance and are well adapted to Delaware’s growing conditions and production practices.

Creating a lima bean with built-in disease resistance to root knot nematodes — parasitic worms that cause crop damage — takes a lot of patience and time, requiring years of breeding and the careful identification of sources of nematode resistance.

Luckily for growers in the state, University of Delaware Cooperative Extension has a lima bean breeding program under the guidance of Emmalea Ernest, who began the program in 2004 to develop new varieties of lima beans that possess disease resistance and are well adapted to Delaware’s growing conditions and production practices.

Lima beans are Delaware’s most widely planted vegetable crop with approximately 14,000 acres of green baby limas for processing planted in the state each year. Fordhook and large seeded pole limas are also grown in Delaware.

To look at nematode resistance specifically, Ernest, associate scientist in the Extension Vegetable and Fruit Program and in the College of Agriculture and Natural Resources Department of Plant and Soil Sciences, is part of a team of researchers that received a five-year, $1.5 million U.S. Department of Agriculture (USDA) Specialty Crop Research Initiative grant (SCRI).

Some of those funds were used for Ernest to work with Paul Gepts from the University of California Davis to look at lima bean lines that had been successful against nematodes in that state.

Ernest said that unlike the Mid-Atlantic region, where nematodes are a relatively new problem, California has a long-standing breeding program working with nematode resistance.

“They have a decades-long program, since the 1940s, because nematodes are a major problem and have been a major production issue in California. Breeding for nematode resistance in lima beans has been a big focus of the California program,” said Ernest.

The researchers couldn’t simply take the lima beans from California with resistance and plant them in Delaware, however, as they are not suitable for production here.

“We can’t just use those varieties because they are white seeded and meant for harvest at the dry stage, and all of our production is of green seeded lima beans for freezing,” said Ernest.

The goal for this part of the project was to identify sources of nematode resistance that could be used in the Delaware breeding program and then to start using them.

“I made crosses between the best sources of resistance from the California program and varieties that are suitable for production here,” she said.

Ernest screened inbred lines in 2014 and 2015, some of which were from Gepts and the California breeding program and others that were varieties that had reported nematode resistance.

Those were screened in inoculated field plots at the Thurman G. Adams Agricultural Research Farm in Georgetown, and ratings were taken on galling — abnormal outgrowths of plant tissues. The researchers found that there were two different sources of resistance that held up well against the Delaware root knot nematodes that were being tested.

In 2016, the researchers screened breeding populations in inoculated small plots and made selections out of the 401 planted individuals.

Right now, the researchers are at the sixth or seventh generation and Ernest said she is “increasing seed to have plants in the field this coming summer to look at yield and commercially important seed characteristics in some of those selections that I made out of the field last year. The best lines that we identify this summer, we’ll be testing in the replicated yield trial in 2018.”

Ernest said that the ultimate goal is to identify nematode resistant germplasm to develop new varieties that growers could use in Delaware, adding that the researchers are very close.

“We have found some sources of resistance that work well that will give us resistance to the root knot nematodes, and we have crossed those sources of resistance with things that are adapted and have the commercial qualities that we need, like green seed, and high yields. We are pretty close to maybe having something that could become a variety that’s resistant and has green seed acceptable yield and good agronomic qualities,” she said.