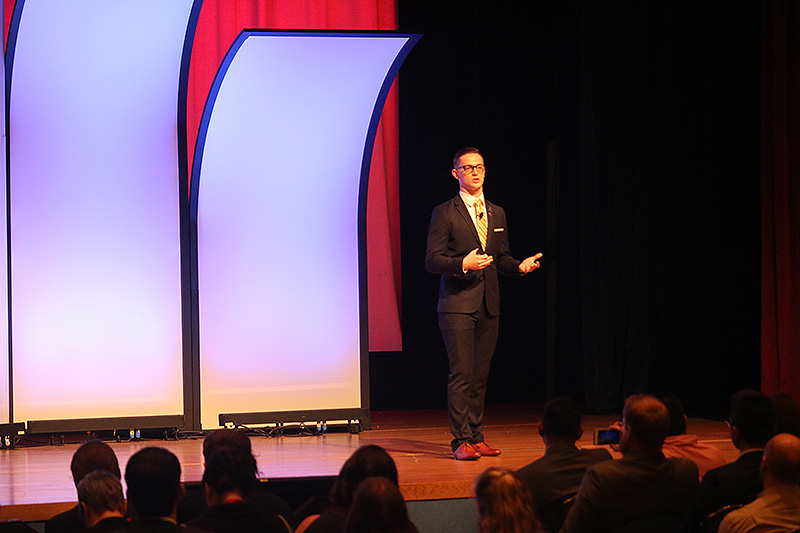 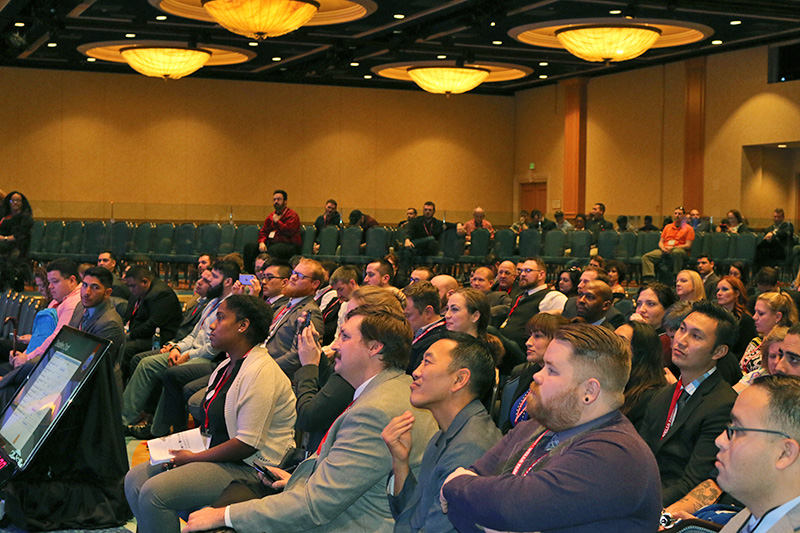 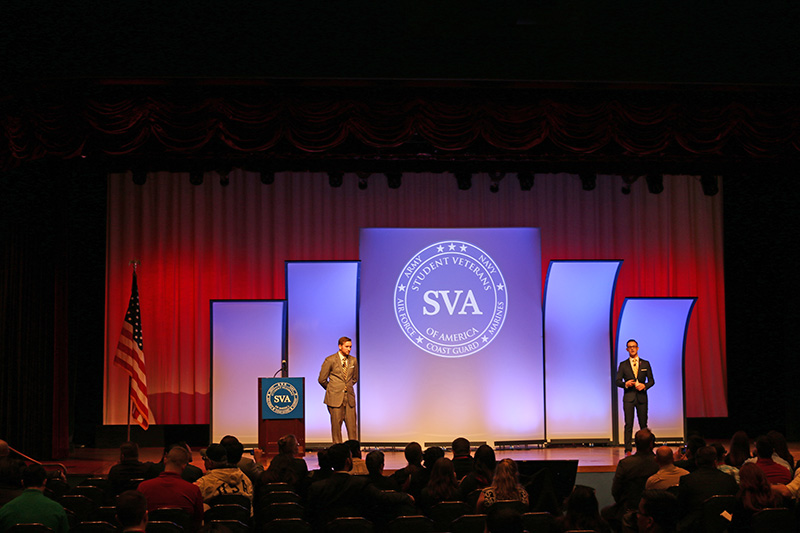 Brandon Bristor and Mark Footerman, former and current president of Blue Hens Veterans, address the crowd during the business plan competition at the Student Veterans of America conference.

Blue Hen Veterans (BHV), a registered student organization at the University of Delaware and the local chapter of Student Veterans of America (SVA), has continued its banner year by winning the fifth annual business plan competition at SVA’s national convention.

The BHV plan was shared with a record number of conference attendees, who also learned from speakers such as Secretary of Veterans Affairs Bob McDonald, Commander-In-Chief of Veterans of Foreign Wars Brian Duffy and dozens of sessions themed around empowering tomorrow’s leaders.

“The business plan consisted of 13 pages detailing our annual goals for the group, our impact within the University of Delaware community and strategies that we are employing to improve veteran life locally as well as nationwide,” said Mark Footerman, BHV president. This win secures funding for future initiatives, through SVA’s chapter grants program that encourages strategic planning for chapter sustainability and success.

The competition comes on the heels of BHV’s recent feature in SVA Chapter Voices, in which the group was recognized as as source of inspiration to more than 1,400 SVA chapters worldwide. “We have achieved more in four years than we ever imagined could happen, and our partnerships with staff and student groups have laid the foundation for that success,” Footerman said.

“We are so thankful for administrators like Dean Riera, Jen, Brooks, Vice President Chris Lucier, Jeff Palmer, Heather Maginnis and Christian Williams of NSO, Vice Provost Carol Henderson and Paul Pusecker, as well as the dozens of RSOs we have been lucky to work with over the years,” he said. “UD is now the fourth most military-friendly tier 1 institution in the nation according to Military Friendly Magazine, and we thank the entire Blue Hen and state of Delaware family for their support.”