Article by Diane Kukich Photos courtesy of Steve Timmins and his students February 16, 2017

When Lan Tomasi signed up for a University of Delaware Winter Session course in mechanical engineering called Engineering in Motorsports, her understanding of the topic was equivalent to “a baby bear’s knowledge about astrophysics.”

But by the time the course was finished five weeks later, she had gained a great deal of knowledge about the technology behind modern racecars and how that technology has changed over time.

Course instructor Steve Timmins complemented his lectures with a slate of trips intended to bring the dense material to life, including visits to professional race shops in New Jersey and North Carolina. The course culminated with a week in Daytona, Florida, for the Rolex 24, a world-championship 24-hour endurance race.

“At the Rolex 24, our students had unprecedented access to the garages, pits, teams, and drivers,” Timmins says. “Two teams, BodyMotion Racing and The Racer’s Group, offered our students direct access to their facilities, and Roush Fenway Racing’s lead engineer gave them a three-hour behind-the-scenes look at a professional NASCAR operation’s engineering facility.”

For senior Lexi Fader, who is a professional motorcycle coach, the best part of the trip was sitting in a Porsche 911 GT3 R, a race car valued at about $500,000.

“Seeing the engineers in action and how everything came together to produce top performance cars was eye opening,” she says. “I don’t think many people fully understand how much time and thought is put into designing, manufacturing, validating, and testing each car. Whether you are interested in cars or not, I believe everyone needs to experience a race like the Daytona 24 at least once.” 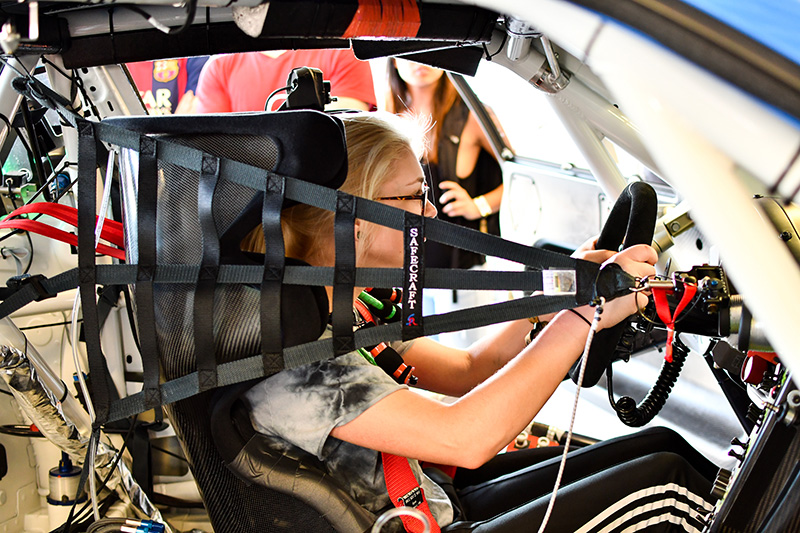 UD senior Lexi Fader behind the wheel of the RSR. 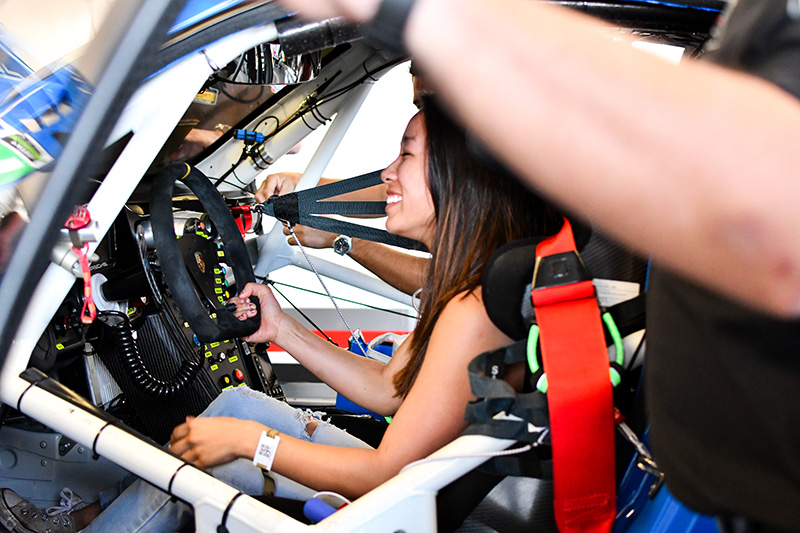 Lan Tomasi jumps into the RSR of The Racer’s Group. 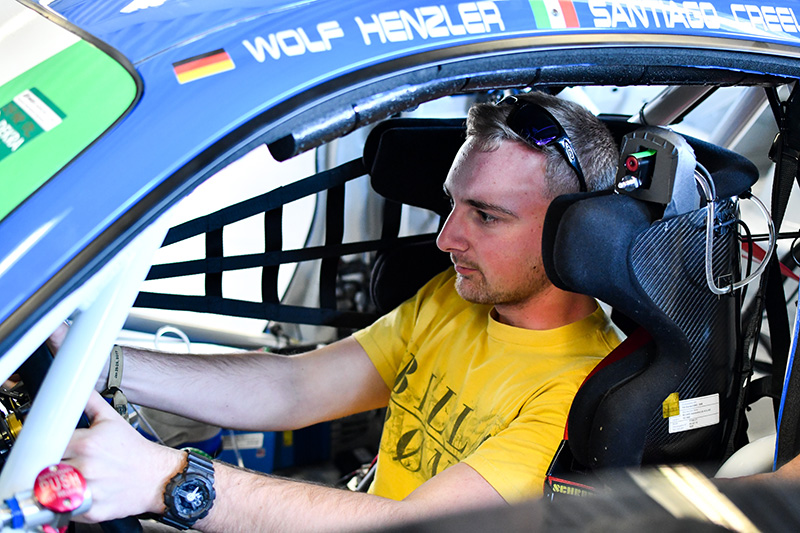 Tyler Gravatt behind the wheel of The Racer’s Group 911 RSR, worth half a million dollars. 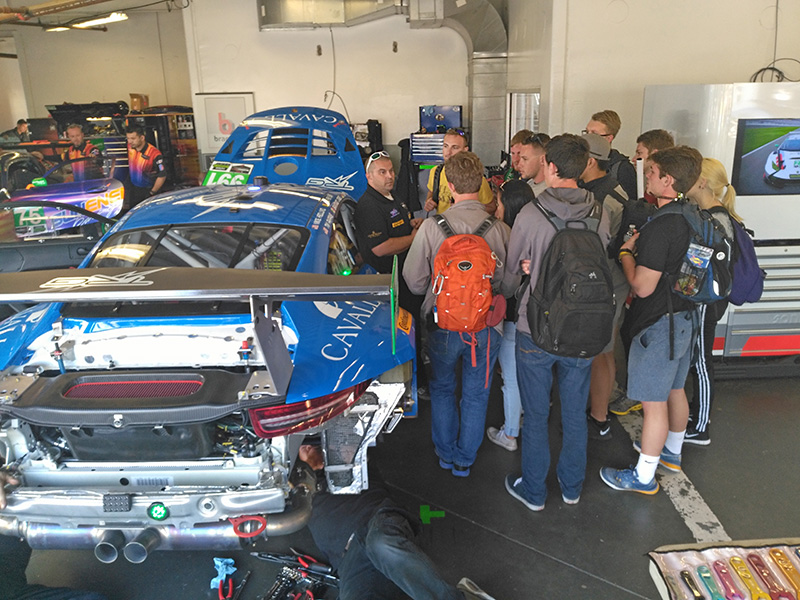 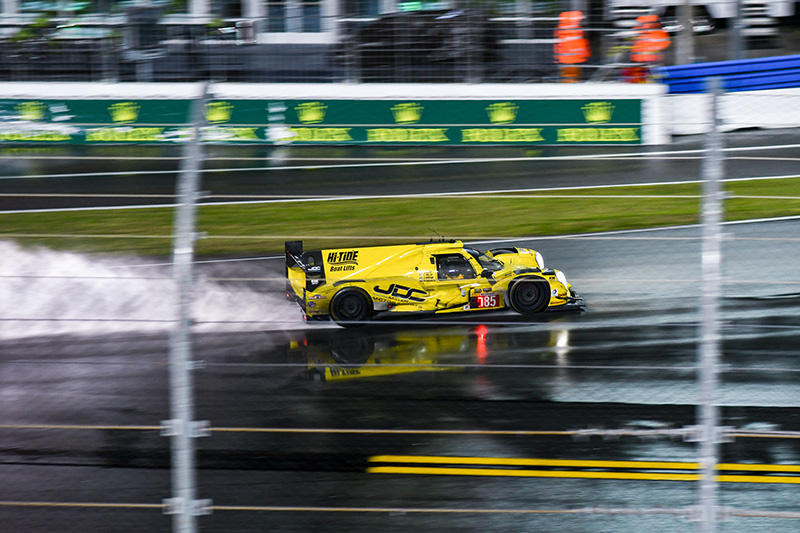 A prototype racing at night in the rain. 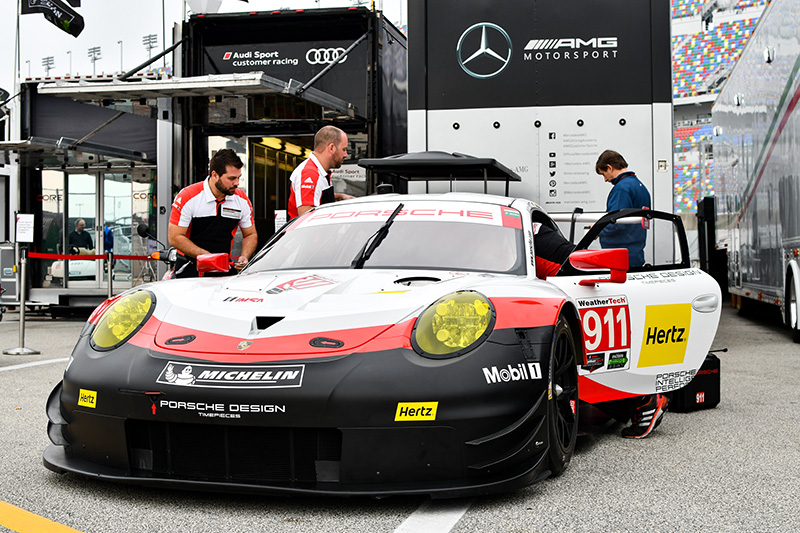 Porsche RSR mid-engine race car, one of three in existence. 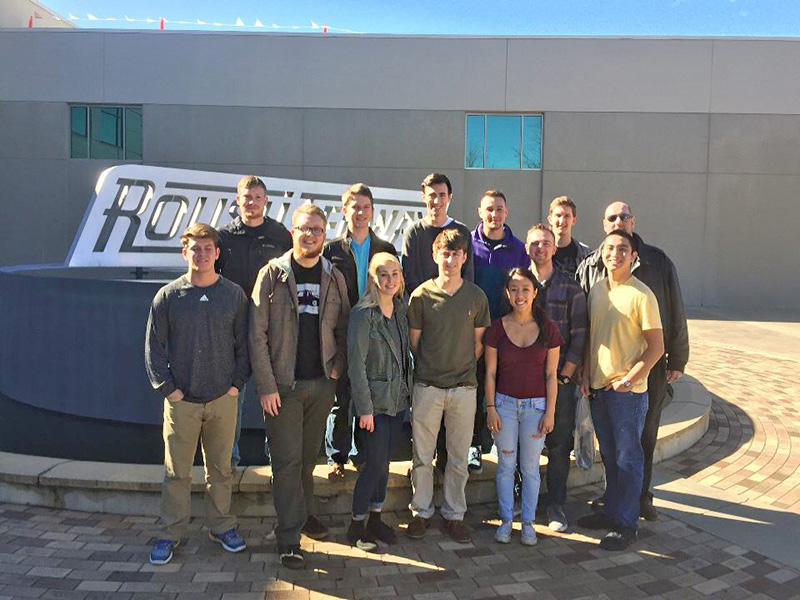 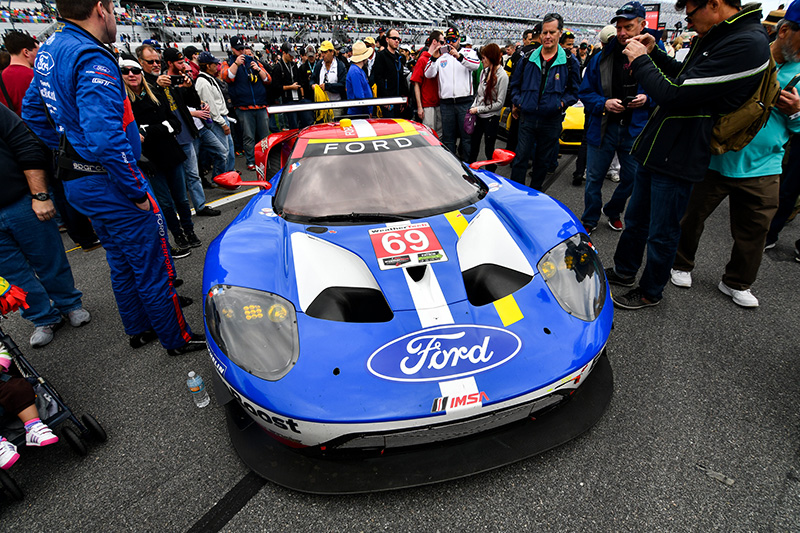 I don’t think many people fully understand how much time and thought is put into designing, manufacturing, validating, and testing each car

I don’t think many people fully understand how much time and thought is put into designing, manufacturing, validating, and testing each car

Sophomore Don Paolo Tiamson, who documented the various trips with hundreds of photos, came away from the course with new insight into fundamental vehicle dynamics, the engineering involved in vehicle design, and an insider perspective on working in the motorsports industry.

Timmins, who with his wife, Lydia, owns a company called Instant-G that builds Porsche engines and transmissions, shared his three decades of knowledge about the brand with the students, including how a Porsche designed for use exclusively on a racetrack differs from the ones driven on the road.

A tour of the Simeone Foundation Automotive Museum in Philadelphia showcased cars from the beginning of motorsports to the present day, demonstrating how vehicle design has evolved through history.

“The engineering is very different, depending on whether a car was meant to break a speed record, race in a hill climb, or complete a 1,000-mile circuit through Italy,” Tiamson says.

Senior Tyler Gravatt found that the research and development facility at Roush Fenway Racing provided him with the best learning experience of the five-week class.

“During this tour, one thing in particular really stood out to me,” he says. “NASCAR allows teams to uniquely design and change very few things relative to other forms of racing. However, the amount of time, money, and effort put into optimizing these small changes is truly extraordinary.”

For Timmins, whose primary job at UD is IT professional, the course was a unique opportunity to share his love of cars.

He fell in love with Porsches in 1988 — after spending his college years as a “Triumph guy” — when a friend invited him to tag along on a test drive of a used 1984 Porsche 944.

Timmins bought the car, and he has since logged almost 30 years as a member of the Porsche Club of America, participated in a number of races, and repaired dozens of cars.

While he doesn’t expect all of the students who took his Winter Session class to become “car nuts” like he is, he hopes to at least have ignited their interested in the engineering behind these machines designed for speed.

Steve Timmins earned his bachelor of science degree in mechanical engineering at the University of Delaware in 1989 and his doctorate in 1997. He is a staff member of IT-Client Support and Services and an instructor in the Department of Mechanical Engineering, where he has been teaching courses in Vehicle Dynamics of Race Cars, Powertrain Theory, and FSAE Senior Design since 2000.