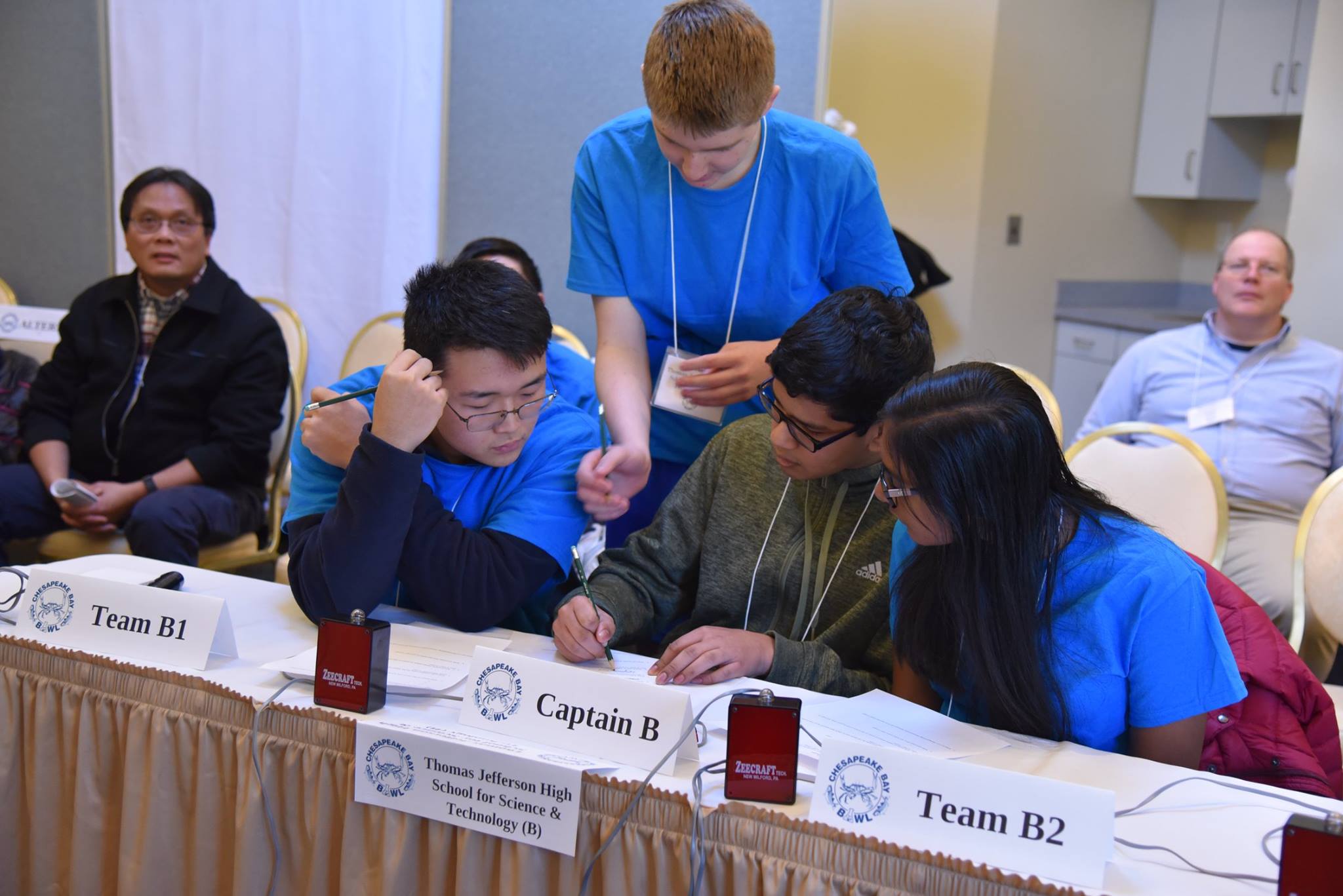 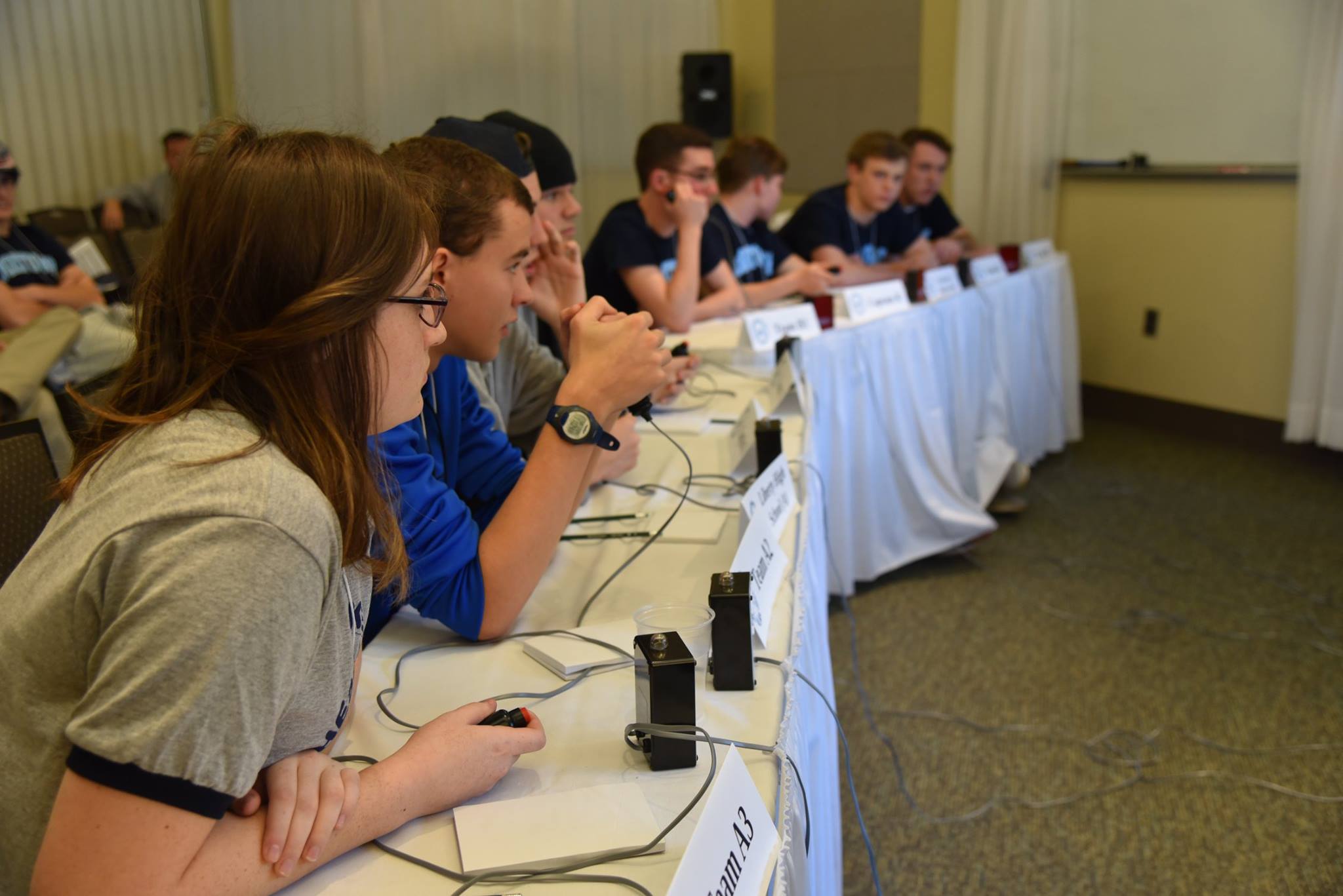 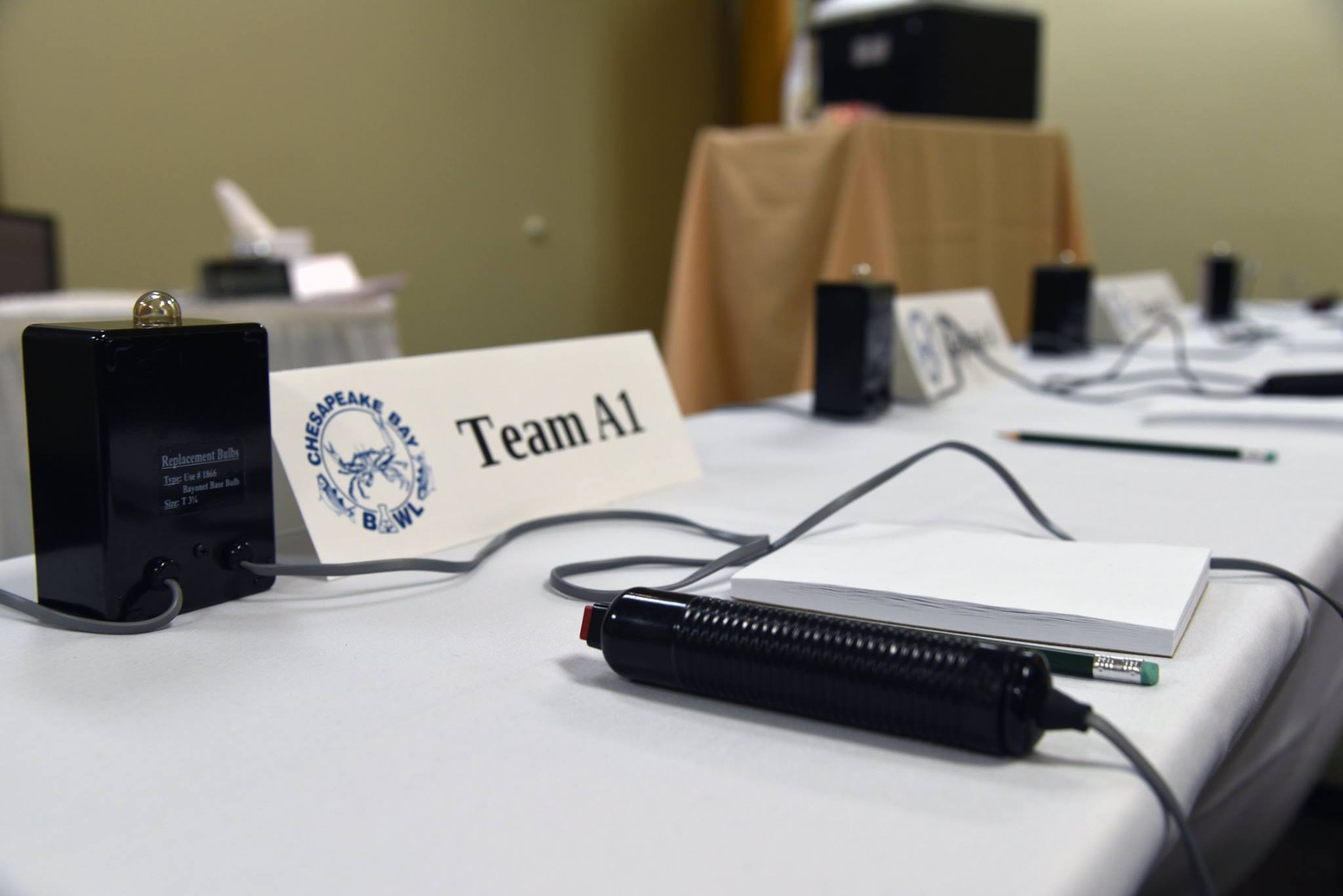 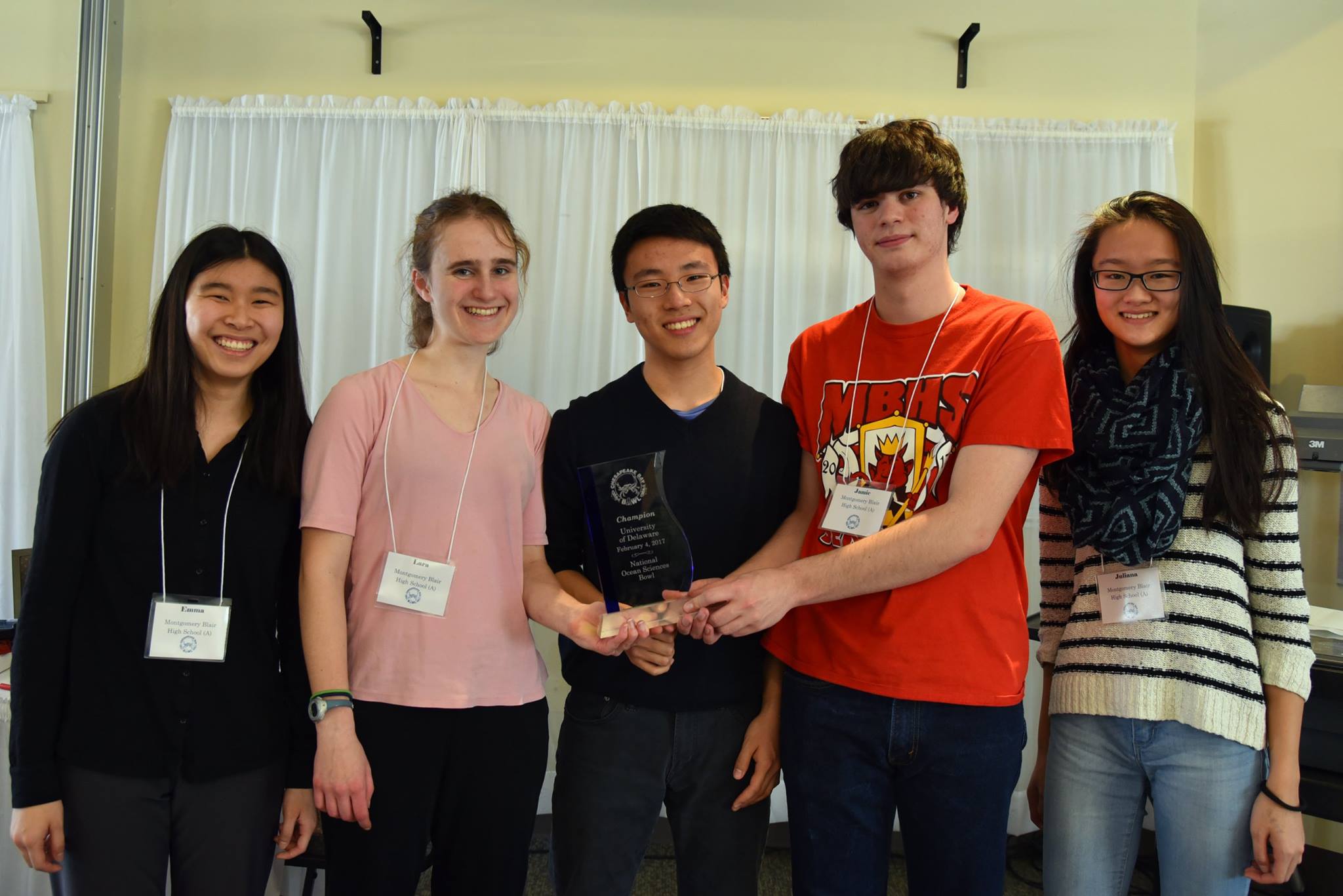 The event was won by Montgomery Blair High School Team A. 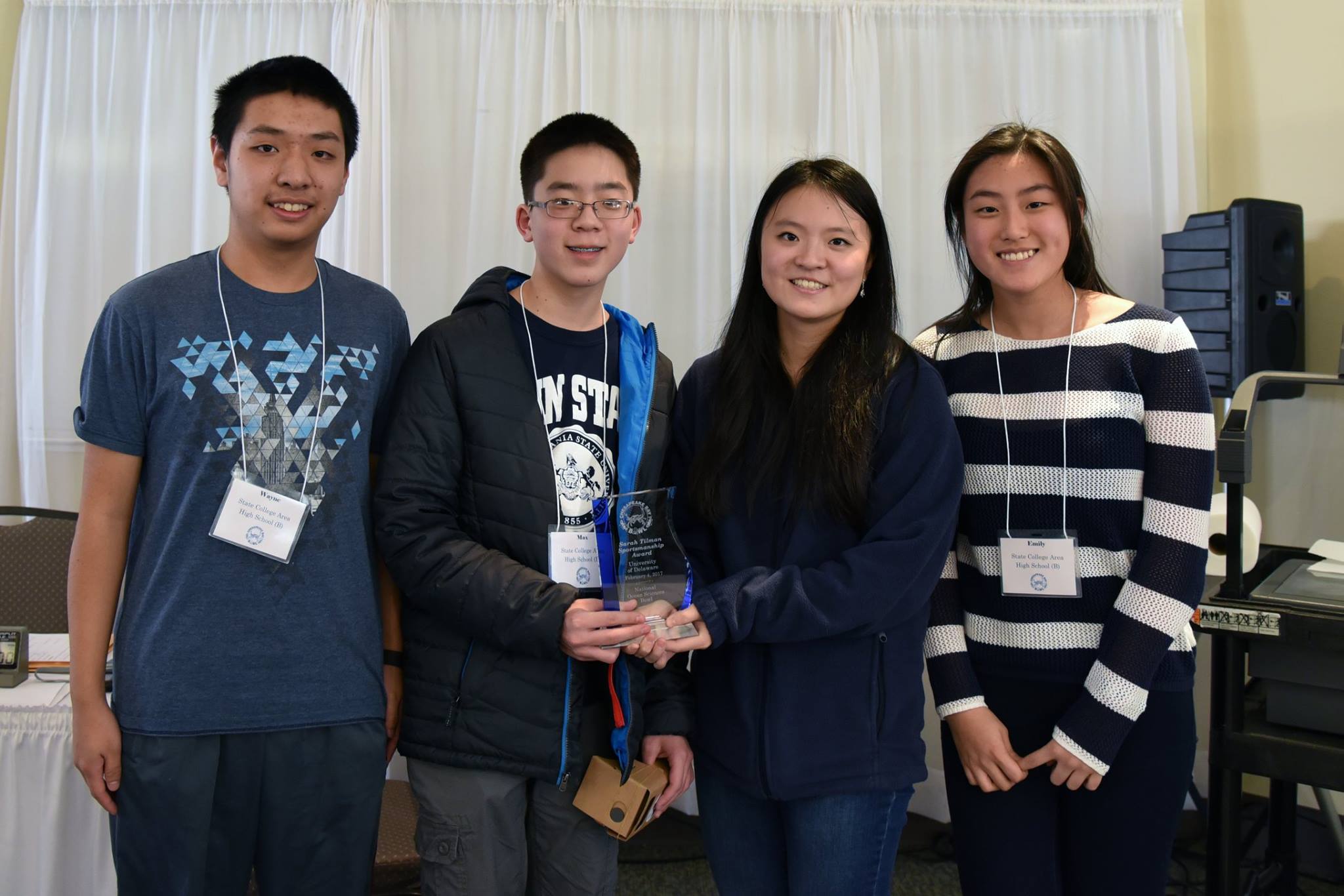 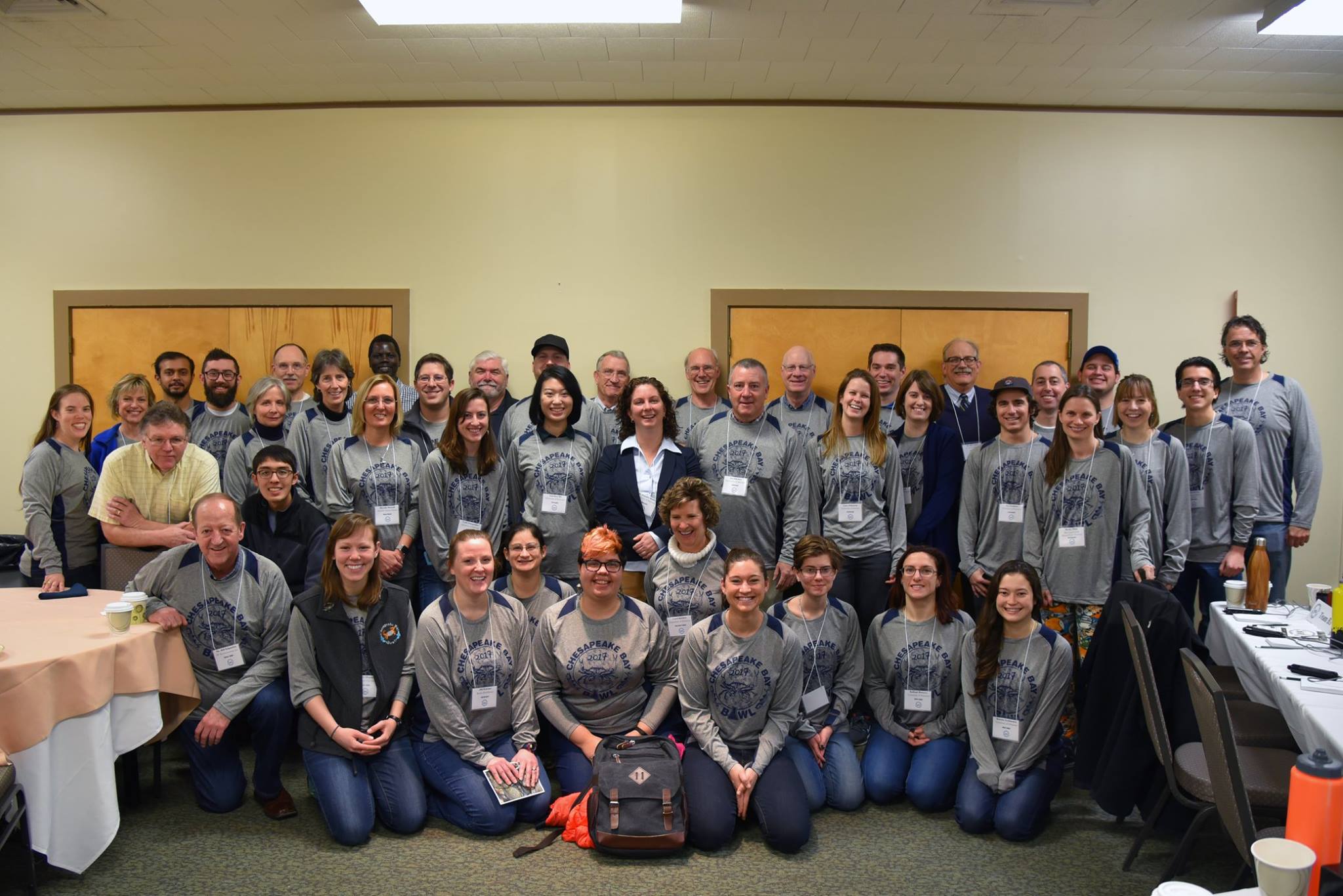 A large number of volunteers assisted at the Chesapeake Bay Bowl.

Sixty high school students, gathered at the University of Delaware’s Virden Center on the Hugh R. Sharp Campus in Lewes to compete in the 20th annual Chesapeake Bay Bowl (CBB) on Feb. 4.

Hosted this year by Delaware Sea Grant (DESG) and the College of Earth, Ocean, and Environment (CEOE), teams of five high school students demonstrated their marine science expertise in the annual competition by competing in round robin buzzer questions and short answer essay questions.

Single-elimination rounds followed the morning competitions, culminating in the championship round. The event is extensive, requiring a moderator, science judge, rules judge, timekeeper and scorekeeper for each competition room.

For the second year in a row, Montgomery Blair High School Team A from Silver Spring, Maryland, took home the first place award. The team will join 24 other regional winning teams at the National Ocean Sciences Bowl, to be held this year in Corvallis, Oregon, from April 20-23.

“Some teams have been preparing for this since September and the volunteers prepared all through January. To see so many people come together all in the name of ocean science is inspiring,” said Christopher Petrone, DESG marine education specialist.

This is a unique opportunity for many students, as not many high schools have a formal marine science class. Many of these teams form as extracurricular clubs, meeting on their own time to prepare and practice, and Petrone said the students exemplify what DESG hopes to accomplish, increasing environmental literacy and ocean awareness in elementary through high school students.

“Participating in CBB gives students an added incentive to go above and beyond the normal classroom requirements. It is a fun and exciting weekend of bright, hard-working students from all over the region gathering together with scientists and college students to celebrate marine sciences,” said Tami Lunsford, president of the National Marine Educators Association and a teacher and high school team lead at Newark (Delaware) Charter School.

While on campus, participating students also had the opportunity to learn about UD facilities in Lewes. Students toured the Robotics Discovery Laboratory, the Global Visualizations Laboratory, and the R/V Hugh R. Sharp, the University’s 146-foot coastal research vessel.

Teams that finished early in the competition also learned about Project Recover, a public-private partnership to enlist 21st century science and technology combined with in-depth archival and historical research in a quest to find the final underwater resting places of Americans missing in action since World War II.

In addition to CEOE and DESG, other Chesapeake Bay Bowl sponsors include the Consortium for Ocean Leadership, George Mason University, Mid-Atlantic Marine Education Association, Chincoteague Bay Field Station, National Oceanic and Atmospheric Administration, Under the Sea, U.S. Department of the Interior Bureau of Land Management, Maryland Sea Grant and National Marine Educators Association. The event was supported by over 50 volunteers from around the region.

The University of Delaware was designated as the nation’s ninth Sea Grant College in 1976 to promote the wise use, conservation and management of marine and coastal resources through high-quality research, education and outreach activities that benefit the public and the environment.

UD’s College of Earth, Ocean, and Environment administers the program, which conducts research in priority areas ranging from seafood safety to coastal hazards.