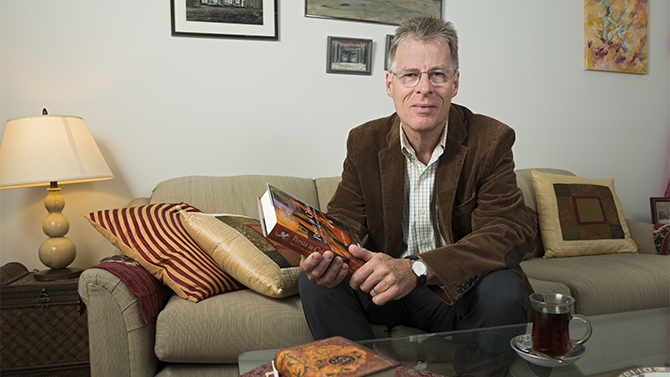 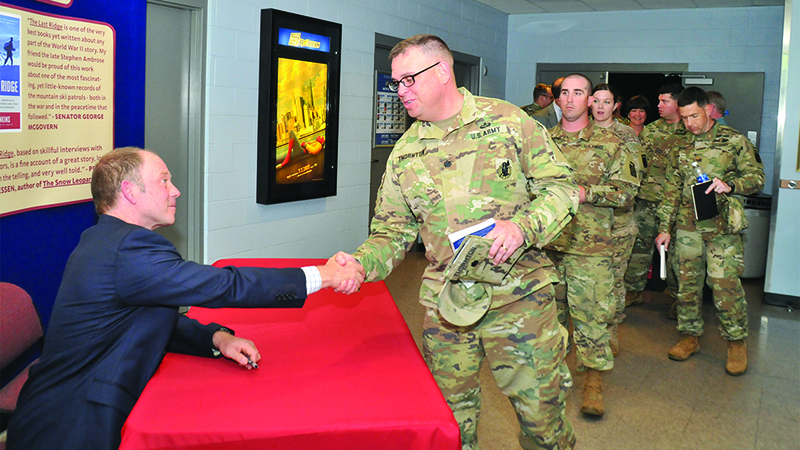 McKay Jenkins spoke to active and retired soldiers and civilians about the history of the Army's 10th Mountain Division. See PRESENTATIONS

Rudi Matthee, John and Dorothy Munroe Distinguished Professor of History, presented “In the Aftermath of the Collapse: Regional Disruption and Continuity in Post-Safavid Iran,” at a conference held at the London School of Economics titled “Beyond Decline: Globalisation and the Transition to Modernity in the Middle East and South Asia, 1600-1914,” June19-20.

He also spoke on “The Role of the Military in the Creation and Maintenance of the Safavid Empire” at the sixth Conference on Asia, GIS Etudes Asiatiques/Sciences Po, Paris, June 27.

McKay Jenkins, Cornelius A. Tilghman Sr. Professor of English, spoke to an audience of active and retired soldiers and civilians on June 28 about the history of the Army’s 10th Mountain Division. Jenkins is the author of the 2004 book The Last Ridge: The Epic Story of America’s First Mountain Soldiers and the Assault on Hitler’s Europe. He spoke at a professional leader development session at Fort Drum, New York, where the 10th Mountain Division is headquartered.

She also wrote a review of the book When the Devil Knocks: The Congo Tradition and the Politics of Blackness in Twentieth-Century Panama, in the academic journal Western Folkore 76(2):237-239 (2017).

Prachanda Subedi, who earned his doctorate in physics at UD this spring, has won the 2017 Donald L. Turcotte Award from the Nonlinear Geophysics Focus Group of the American Geophysical Union. The award is given annually to one recipient in recognition of outstanding dissertation research that contributes directly to nonlinear geophysics. Subedi worked with William Matthaeus, Unidel Professor of Physics and Astronomy, on his dissertation, “Transport of Charged Particles in Turbulent Magnetic Fields.

David P. Redlawsk, James R. Soles Professor of Political Science and chairperson of the Department of Political Science and International Relations, has been elected president-elect of the International Society of Political Psychology for the 2017-18 academic year. He will then serve as president during the 2018-19 year, following in the footsteps of numerous eminent political psychologists who have led the academic society during its 40-year history. Redlawsk is planning to hold the winter meeting of the society’s governing council at UD in January 2019, when about 25 top political psychologists from around the world will come to campus for the two-day meeting.

To submit information for inclusion in For the Record, write to ocm@udel.edu.