World Scholars and Delaware in DC

Whether you've been exploring the world or studying deep in D.C., your first semester on the Newark campus is bound to be an exciting one! We can't wait to welcome you to campus.

We know the housing application process can be confusing, and that's why we're always ready to answer your questions.

Email us your questions

Let's get you connected

Living on campus is an exciting time! Meet your residence hall coordinator or take a tour of our buildings; you can even find out what life is like in our halls.

meet your residence hall coordinator (and send them a message, too!)

experience life in our residence halls

take a tour of our residence halls 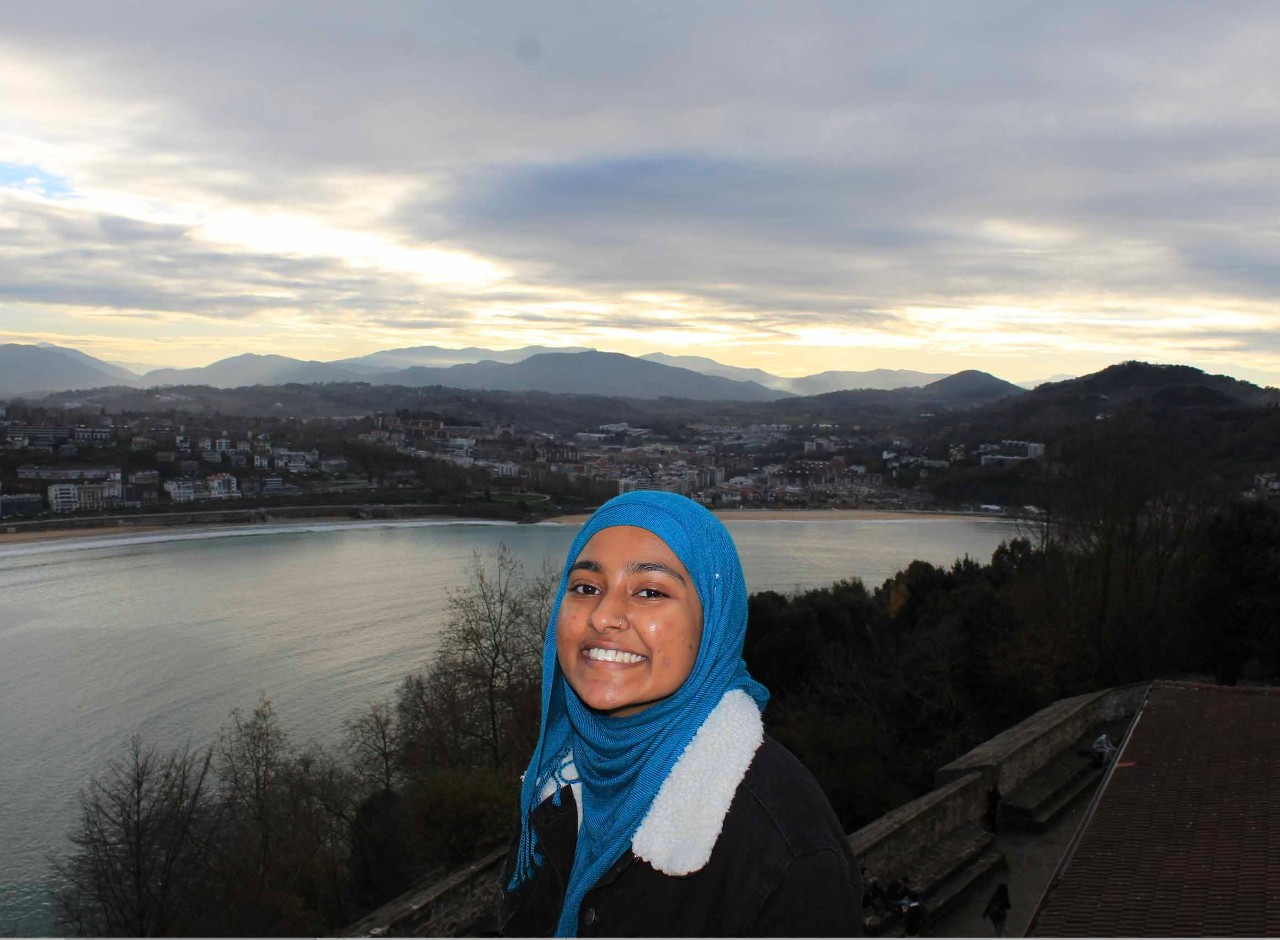 Ummeh Islam, a freshman world scholar, had the opportunity to travel to San Sebastian, Spain during her first semester as a UD student.

Ummeh Islam, a first year psychology major at UD, started her first semester differently than the majority of the student body. Instead of coming to campus in August to move into a residence hall and meet her new roommate, Islam stepped off a plane in Madrid, Spain as part of the World Scholars Program.

The World Scholars program at UD is a four year commitment which includes studying abroad during your freshman and junior year, studying a globally focused minor, living in an international living-learning community, and more.

“Since I’ve been in Delaware my entire life, I wanted to go out of state but that would have been a little too  expensive,” Isalm said. “I wanted to find something where I could still stay in state but have an outside experience. World scholars provided that for me because I was able to go abroad.”

Not only was Isalm able to take breadth courses throughout the semester, she also had the opportunity to go on excursions outside of Madrid including  Morocco, Seville, and San Sebastian.

“In Morocco, we lived with a host family. It  was such a good experience that I would definitely recommend to anyone considering studying abroad,” said Islam.

With Islam being back in Delaware now for her second semester, she is taking the transition well by enrolling in a first year seminar class and getting involved in resident student organizations (RSO) on campus.

“I just joined Active Minds, which is an RSO to decrease the stigma around mental health and is also related to my major,” said Islam. “I also joined the Muslim Student Association and the South Asian Student Association, where I even applied for an  executive board position.”

As for Umey’s future plans at UD, she’s already starting to think about where she wants to travel to next.

“I want to go to an Asian country. I was thinking of going to Japan or Indonesia because I wanted to focus on the stigma of mental health throughout Asian cultures,” explains Islam.

Not a part of the World Scholars or Delaware in DC programs, but want to know more?
Just click one of the buttons below for additional details and contact info.

Residence Life & Housing is part of the Division of Student Life, which contributes and facilitates critical learning and development within healthy, inclusive and supportive communities, so that all students may thrive at UD and beyond.