Why test for Lead and other heavy metals in soils?

How Lead is Deposited in Soil:

How Lead in Soil Enters the Body:

Soil lead is at background levels for urban areas. To minimize exposure, follow good hygiene practices during and after handling this soil.

Soil lead is elevated relative to background levels for urban areas, but still less than the federal limit of 400 ppm. To minimize exposure, follow good hygiene practices during and after handling this soil.

Soil shows significant contamination with lead. Although less than the federal limit of 400 ppm, further testing and evaluation are recommended. To minimize exposure, follow good hygiene practices during and after handling this soil. Children should not play in bare soil.

Soil test is above the federal limit of 400 ppm total lead in soil. Further testing and/or evaluation are strongly recommended. This soil should not be used for vegetable gardening. To minimize exposure, follow good hygiene practices during and after handling this soil. Surface 6-8 inches may require treatment or replacement. Children should not play in bare soil. Children exposed to this soil may require a blood lead test. Contact your pediatrician or the Delaware Division of Public Health for further guidance.

For information on Cadmium and soil contaminated with Cadmium, click on this link.

For information on Nickel and soil contaminated with Nickel, click on this link.

An initial screen for those who suspect that their soil may be contaminated with lead and/or other heavy metals. The test requires a special soil test kit with specific instructions on collecting the sample. This test is only a screen and further testing by an environmental laboratory may be recommended based upon the results. The basic lead screen test is $10.00.

Upon request, soil samples can be tested for heavy metals (in addition to the Soil Lead Screening test listed above): Arsenic (As), Cadmium (Cd), Chromium (Cr), and Nickel (Ni). Call 302-831-1392 or email Soiltest@udel.edu for specific questions concerning the costs involved and collection of samples.

Also upon request, soil samples can be tested for Sodium (Na). Contact the program at 302-831-1392 or email: Soiltest@udel.edu for additional information on requests for testing for the presence of heavy metals or sodium. 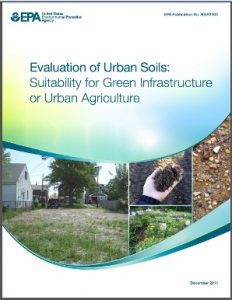